5 promises to watch out for

Like in the past, on Budget day, we turn on the television to watch the dull, dreary but still-considered-important Budget speech of the Finance Minister. 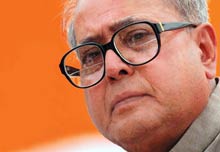 We all know what we would be doing in the forenoon on February 26. Like in the past, on Budget day, we turn on the television to watch the dull, dreary but still-considered-important Budget speech of the Finance Minister. Last year's speech had 11,700 words spread over 139 paragraphs. Once the speech is over there will be the usual mad scramble to figure out the implications of it. Since the speeches are—well, it can't be put politely—obscure, understanding the true implication of the Budget to your business or the economy at large could take hours, days or even weeks. How you wish if somebody had pointed out four or five key things to watch out for—exactly what we have tried to do here.

Actually shorn of the high-decibel claims and commitments—and often poetry—in the speech, the Budget is just an income and expenditure account. If all the measures announced are understood and interpreted with this perspective, making sense of the proposals becomes easier. For Budget 2010-11, other than the two indisputable goals of steering the economy back to the trajectory of 9 per centplus growth and redistributing the gains amongst the poor, there will have to be another new deliverable: Fiscal correction.

The strategy of supporting growth through high deficit has reached its limits. The fiscal deficit hit a 16-year high of 6.8 per cent this financial year. The UPA may not get a better chance than this year to set the fiscal house in order. There aren't too many state elections this year and Finance Minister Pranab Mukherjee has four full years to set out short and medium terms targets.

Of course, no annual budget can be evaluated in isolation, so too this year. In fact, delivery on just five of the following promises of Mukherjee's last Budget (interim Budget 2009-10), can address most of the economic issues of the day. As will be clear, if broken down to the specifics, Mukherjee's task, though not easy, isn't unattainable either. He has identified the problems rightly and promised to come up with the right solutions too. A little resolve is all it will take to come good on these promises.

Beyond music and TV