US health-care giant Abbott has high stakes in localising its Indian arm. The challenge for rivals in branded generics is real. 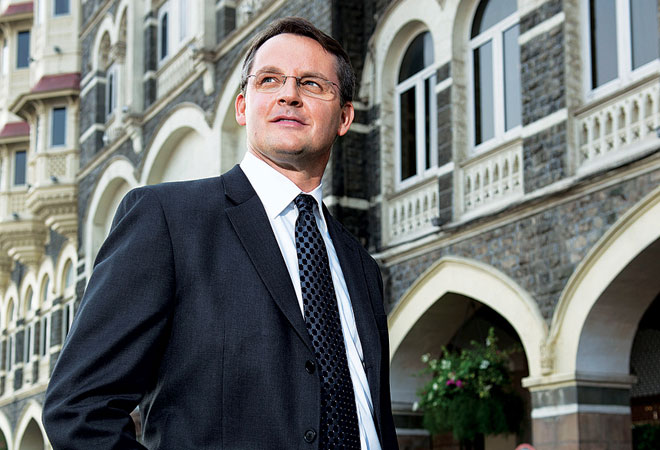 Basel, Switzerland-based Michael J. Warmuth, who leads US health-care giant Abbott 's pharmaceutical business in 130 countries, has visited India 20 times in the last four years. "India is the single biggest affiliate in my entire business, but that is not why I pay it so much attention," he says. "It is for what India can be."

India is the single biggest affiliate in my entire business but that is not why I pay it attention. It is for what India can be

Warmuth's assertion is echoed by Abbott Chairman and CEO Miles D. White. "India is a top priority for growth and investment for us," he told Business Today in an emailed reply. "With its development-friendly environment, I see our stake in the health of India only growing in years to come." It was four years ago that Abbott, buying up the formulations business of Piramal Healthcare for $3.8 billion, became the biggest pharmaceutical company in India, where it first entered way back in 1910. The company posted revenues of $920 million (Rs5,000 crore) in the year ended December 2013.

No doubt the No.1 slot in terms of revenue and 6.7 per cent market share has been under threat since Sun Pharmaceutical and Ranbaxy announced their merger in April last year. Once it comes through - a couple of regulatory hurdles are holding it up -the combined entity, with a market share of 9.2 per cent and revenues of $1.1 billion (about Rs7,000 crore), will surpass Abbott. But Abbott may well catch up, given the way it is expanding in India, widening and deepening its reach and focus, adding new channels and leveraging research and innovation in generics. "Before the Piramal acquisition, our presence in different areas of the Indian pharma was less than 14 per cent, now it is 90 per cent," says Bhaskar Iyer, India Head of Abbott's pharma business. "We have invested in brand-building, over the counter (OTC) capability, involved ourselves in public private partnerships to create awareness and expand Abbott's reach."

Abbott has more than 400 branded generics products in the pharmaceutical segment in India. It launched 33 new ones in 2013 and 24 in 2014. In numerous categories, its products are among the top selling three - gastroenterology, treatment of hormonal disorders, respiratory problems, liver problems, diabetes, ailments relating to the brain and the central nervous system as well as vitamins, minerals and nutrients. Thirty of its brands figure among the top 300 pharma brands in India, according to industry tracker IMS. 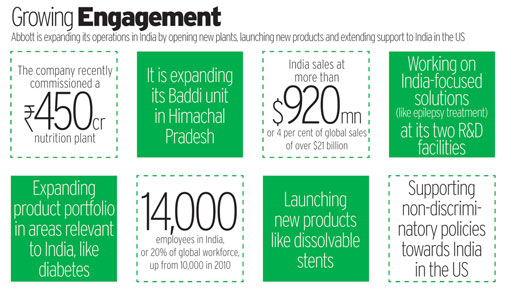 The company's first nutritional products' facility, built from scratch at a cost of $100 million at Jhagadia, Gujarat, began functioning last October. Abbott now has three plants in India - the other two in Baddi, Himachal Pradesh, and Verna, Goa - apart from a pharma development centre in Mumbai to focus on innovation in generics and a nutrition R&D centre in Bangalore. All its 10 nutritional products - including market leader PediaSure, a supplement for toddlers - are currently imported, but will soon be made at Jhagadia, six of them for a start. "We have grown twice as fast as the market for the past three years," says Amal Kelshikar, Country Head and General Manager of the nutrition division. "Three years ago we had five products in nutrition in India, but have since added an equal number."

The foray into OTC drugs - which do not require a doctor's prescription for purchase - began in 2014 with Abbott's well-known, 70-year-old antacid brand Digene being moved to this category. Other company products are likely to follow as Abbott expands this segment. Officials maintain - quoting market tracker AC Nielsen - that the size of the OTC antacid market in India is now Rs 944 crore, growing at 13 per cent annually and Abbott expects to grow faster than that. Since last year Digene has also been available in powdered form in sachets, each one costing just Rs5, in addition to the earlier gel and tablet form.

The Rs 5 sachet is in tune with the company's thrust towards making as many products as possible accessible to the widest possible market. Around 70 per cent of its products are priced between Re 1 and Rs 7 per unit. Under a special programme, Abbott representatives meet 8,000 doctors and 10,000 retailers every month in four states - Maharashtra, Uttar Pradesh, Madhya Pradesh and Bihar - which has helped company products reach 6,50,000 people in 381 villages. "We are also doing a project with IIM Ahmedabad on how to leverage technology to improve access," says Iyer.

But obviously its rivals have not been idle, many of them adopting similar growth tactics. GlaxoSmithKline Pharmaceuticals, for example, also makes an effort to keep its products affordable, following country-specific pricing policies. On average, its products are 25 to 30 per cent cheaper in emerging markets than in developed ones. It has been in India for over 90 years and has 206 products, 95 per cent of them branded generics. It is a leader in numerous segments as well - vaccines, dermatology, anti-parasitic and anti-infective drugs. With a formulation unit in Nashik (earlier it had an old bulk-drug plant in Thane, which has now been shut down), it has now announced the building of a third plant, expected to come up in Bangalore at a cost of Rs864 crore. Some Indian companies are doing even better in a few segments that are Abbott's strengths. For instance, Sun Pharma products are market leaders in gastroenterology, brain and nervous system disorders. Cipla leads in products treating respiratory ailments, while USV is strong in anti-diabetic drugs. Glenmark is progressing rapidly, having acquired around six per cent market share in inhalers in India where it had almost no presence five years ago. 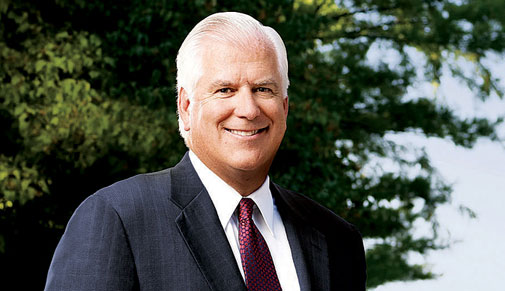 Miles D White, chairman & CEO, Abbott
Abbott knows it needs to differentiate itself and is doing so through innovation. The Mumbai centre, in particular, focuses on differentiated products and technologies, innovative drug delivery and packaging. In 2011, it came up with a liquid formulation of its epilepsy drug - for the first time globally - sold under the brand name Valance. Epilepsy drugs in tablet form are difficult for children - epileptic symptoms usually manifest themselves from childhood - to consume. It is also bringing its innovations from other parts of the world quickly to India. In December 2012, India became one of the first few countries where Abbott launched its 'bioresorbable vascular scaffold', an innovative stent inserted in blood vessels to clear blockages, which dissolves within a year after creating a new passage for blood flow.

Diabetes specialists are also looking forward to the introduction of the ambulatory glucose profile in India, developed by Abbott in Europe, based on a new sensor technology. "It is a small sticker with an electrode that can be attached to the upper arm of diabetes patients in a non-invasive manner, which reads blood glucose levels every five minutes for 14 days," says Dr V. Mohan, founder of Dr Mohan's Diabetes Specialities Centre. "This will be very useful for doctors in getting glucose profiles." What does he think of Abbott's range of products? "It is a good portfolio to have in the Indian context," adds Dr Mohan. "Abbott has so many divisions, it makes lab equipment and glucometers, and after the Piramal acquisition, lots of different medicines. In nutrition too, it has products like Glucerna SR, a low calorie nutrient which diabetics can take."

White was part of the group of CEOs who attended the breakfast meeting in Washington with Prime Minister Narendra Modi during the latter's US visit last September, organised by the US India Business Council. The company, in a submission to the US International Trade Commission (USITC), has made it clear it has "not been facing any significant challenges with respect to intellectual property protection in India" and that the government "has demonstrated procedural fairness." This is quite different from some US companies represented by the Pharmaceutical Research and Manufacturers of America (PhRMA) that has complained against Indian trade barriers to the USITC.

India is a top priority for growth and investment for us. With its development-friendly environment, I see our stake in the health of India only growing in years to come

Abbott also supports initiatives to give India a fair deal in the US. "Abbott has been playing an important role in supporting the 'Coalition for Jobs and Growth' we launched last June," says Gaurav Verma, Senior Director at USIBC. "It reaffirms Abbott's longstanding commitment to the US-India commercial partnership." The coalition was formed to press for a fair immigration bill and a wide ranging bilateral investment treaty between the US and India.

"Abbott is building on what it acquired from us," says Swati Piramal, Vice Chairperson, Piramal Enterprises. "For instance, we had one product in skincare creams to which it has added four or five more. It shows the company's approach of getting a lead in the market and then expanding on it." The coming years will see much more of the same. "India has been an untapped market for us," says Warmuth. "We are now very much into maximising organically the assets we have acquired." Will Abbott be able to meet its own forecast of $2 billion revenue from India by 2020? "Not everything goes in a straight line, there are ups and downs," says Warmuth. "I am not saying where we will be in 2020. But I'm accountable to my shareholders and for my commitments. I'm accountable for making the noticeable difference we said we wanted to in India."

Gadgets that help you get some sleep

Open Garden's FireChat app can be a mobile megaphone