Smart Selling On The Idiot Box

With the efficacy of ad breaks during TV shows in doubt, branded content is gaining popularity among Indian broadcasters and advertisers. Almost three years ago, beverages giant Coca-Cola tied up with broadcaster MTV India to create a local version of the international music property, Coke Studio. The idea was to increase the popularity of its flagship brand, Coca Cola, among the youth in an innovative manner. The show's first season, in 2011, brought together stalwarts such as A.R. Rahman along with folk and classical musicians from across India and created music that made Coke Studio a top-selling independent music album.

The diverse range of music Coke Studio created wasn't the only thing that differentiated it from other music shows. What was also unique about it was that Coca-Cola, besides being the lead sponsor, had a major role in selecting artists and creating the content. Why did Coca-Cola opt for such an arrangement instead of a simple advertising deal? The main reason for making a co-branded show, says Debabrata Mukherjee, Vice President of Marketing and Commercial at Coca-Cola India, is to engage with the brand's core customers. Did the company succeed? Mukherjee is sure it did, as the show has completed three seasons now. "It has created immense brand value for Coca-Cola," he adds.

Coke Studio is one of the most successful examples in the Indian TV industry of what the advertising world calls "branded content". Essentially, it refers to advertisers funding or participating in the creation of TV shows, rather than buying ad time separately, and even embedding their brands within such shows. The aim is to better target potential customers in a highly fragmented industry that has nearly 800 channels and also to showcase products in a less intrusive manner.

The strategy isn't exactly new but it is getting popular in India. "Brands are all the time looking for meaningful integration with content," says Jaideep Singh, Senior Vice President and Head of the integrated network solutions division at Viacom 18 Media, which runs MTV and several other channels. The division is the first of its kind in Indian media with a mandate to help advertisers engage with consumers through content. Smart strategy: Actor Anil Kapoor in a still from TV show 24 with a Tata Safari Storme SUV. The show was sponsored by Tata Motors

One of the earlier examples of branded content in the Indian television industry is NDTV Good Times. The co-branded lifestyle channel was launched in September 2007 by broadcaster New Delhi Television Ltd in a partnership with liquor company UB Group. In 2009, the Godrej Group funded a programme, Godrej Khelo Jeeto Jiyo, on Star Plus, where contestants could win Godrej products, including flats in its residential complexes. These instances were far and few some years ago and are much more noticeable now.

In January, for instance, liquor maker Pernod Ricard India funded a chat show called Chivas Studio Gentleman's Code on English entertainment channel Star World to promote its premium brand Chivas Regal. Also in January, beverages and snacks company PepsiCo India joined hands with MTV for a co-branded channel to target a common customer base - the youth. Pepsi will likely invest up to Rs 40 crore in the channel and will also have a say in content creation. The new channel, called Pepsi MTV Indies, will dabble in non-film music as well as independent films and art. It could, for instance, showcase a college festival in Mumbai or a rock concert from a band in Darjeeling. "It will not just be a TV channel but a platform to reflect the sub-culture of independent music," says Aditya Swamy, Executive Vice President and Business Head, MTV India.

Pepsi MTV Indies will not just be a TV channel, but a platform to reflect the sub-culture of independent music

In a way, branded content is a more evolved form of advertising. This is because it takes the association between advertisers and content producers to a whole new level. The simplest way an advertiser can promote its products, if it doesn't want to buy ad spots, is to place its brands within a TV show. A more clever way is to integrate the brand with the show's script so that actors use the product and talk about it. A recent example of smart brand integration is the espionage drama 24, which aired on Viacom 18's Colors channel last year. With Tata Motors as its main sponsor, the show had actors driving the Tata Safari Storme sport-utility vehicle. Subsequently, the automaker introduced a limited-edition version of the SUV autographed by lead actor Anil Kapoor, while Colors launched an interactive mobile game called Safari Storme 24 - The Game to target digital users. The TV series, says a Tata Motors spokesperson, helped increase the SUV's sales at a time when demand in the auto sector was muted.

What prompts advertisers and broadcasters to produce branded content?

Kevin Vaz, General Manager for English channels at broadcaster Star India, says many brands want to move away from the traditional modes of advertising because of "media proliferation". Anita Karnik, Principal Partner for branded entertainment and activation at media buying and planning agency Mindshare India, says companies can no longer afford to ignore this form of advertising. "The consumer has so many options to consume content today that if the brand doesn't look at participating in the content creation process it could face the risk of completely missing out its target audience."

Two more factors are driving this trend. Many viewers are watching TV shows on the Internet where they see few ads. Also, the Telecom Regulatory Authority of India, the country's broadcast regulator, has imposed a cap of 12 minutes per hour on ad inventory in TV channels. The rule, which took effect in November, compounds the problems of both advertisers and broadcasters. Advertisers have less time than before to promote their products while broadcasters must explore new ways to raise revenue. Branded content fits perfectly in this scenario. Advertisers can tailor messages for their target audience and are willing to pay more to broadcasters for the opportunity to do so.

Advertisers pay a significant premium for branded content. Nikhil Gandhi, Executive Director at media company Disney UTV, says that branded content could cost anywhere between Rs 10 lakh and Rs 10 crore, depending on factors such as the channel and duration of the show. In comparison, a 10-second spot on a general entertainment channel costs between Rs 50,000 and Rs 2 lakh. The ad rates for a niche channel such as UTV Bindass or MTV are far lower and vary from Rs 800 to Rs 1,500.

Gandhi says Disney UTV makes at least one big advertiser-funded show every quarter. He adds that in the last one year, almost 20 per cent of his advertising revenue came from branded content. Viacom 18's Singh expects the contribution of branded content in an advertiser's budget to be as high as 25 per cent in the next few years from less than 10 per cent now. Karnik of Mindshare says that, in the case of branded content, advertisers focus more on engaging people with the brand rather than on the return on investment. 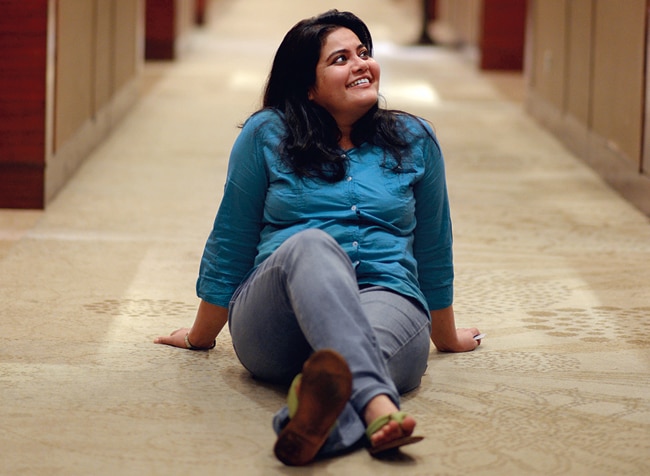 Most advertisers prefer niche channels over general entertainment channels for showing branded content. Why? Lower costs is one reason. Another reason is that, typically, soap operas run into hundreds of episodes and so don't make economic sense for advertisers. Tata Safari, for instance, would have invested in 24 because it was a finite series with 24 episodes.

Also, a general entertainment channel seldom wants to show advertiser-funded content for the fear of an impact on its ratings. This is because such shows must run for a certain number of episodes and can't be pulled off air even if they don't click with the audience. Advertisers would rather invest in a niche channel where they target a specific audience they understand better. "Our target audience is the youth, and they don't watch soap operas on general entertainment channels," says Homi Battiwala, Senior Director, Marketing (Colas, Juices and Hydration), PepsiCo India, referring to the company's co-branded channel with MTV.

Still, it won't be easy for Pepsi and MTV to sustain a channel that requires at least six to seven hours of original content everyday. Swamy of MTV is aware of the challenges. "There definitely will be a gestation period of four to five years," he says. But he is prepared to wait. "It's about building a cult, and that's going to take time."

Branded content or brand integrations may get the broadcaster additional bucks, but will it not impinge upon the creative independence of the team producing the show?

Abhinay Deo, Director, Ramesh Deo Productions, which made TV show 24, says creative independence would be impacted only if integration is not handled smartly. "The script of 24, for instance, required the lead character to drive an SUV. So, we could seamlessly weave the brand into the script," he says. "But had we been asked to integrate a brand like Hajmola, we would have probably not agreed."

Yash Patnaik, Chairman and Managing Director, Beyond Dreams, the production house that makes the popular Star Plus show Veera, agrees with Deo. "Veera is set in a rural background. So, if I am asked to weave a tractor into my script, it will be a perfect fit. But if I am asked to fit a high-definition TV, it will be over the top."

The biggest challenge in branded content is to ensure the brand doesn't overpower the creative aspect and, at the same time, the brand shouldn't get a raw deal. Despite the challenge, branded content is here to stay. "This concept will only increase with each passing day," says Fazila Allana, Managing Director, Sol Productions, which produces chat show Koffee with Karan on Star World. As creative people we have to learn to strike a balance."