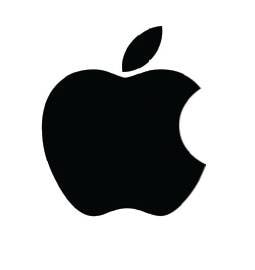 Apple's cash reserves and marketable securities, out of which $200 billion - a whopping 93 per cent - are stacked overseas. CEO Tim Cook has made it clear that the company has no plans to bring the proceeds home and sacrifice roughly 40 per cent of that stash to pay taxes in the US.

Karti Chidambaram, son of former Union finance minister P. Chidambaram, is in trouble for allegedly owning benami assets worth thousands of crores across the world. According to reports, Income Tax and Enforcement Department raids have found Wills executed by benami holders, purportedly in favour of his daughter, in Karti's vault.

Too Odd To Even Out The ghost of the Italian AgustaWestland VVIP helicopter deal has come back to haunt Congress president Sonia Gandhi after it came to light that her name had been mentioned four times and, at one point, referred to as the "main driving force" in the 225-page judgement of the Milan Court of Appeals, which sentenced two top Finmeccanica executives to four years in prison for false accounting and corruption in the Rs 3,600-crore-plus deal to sell 12 choppers to India.

VS Goes Soft on MS

The war on social media between Kerala Chief Minister Oommen Chandy and former chief minister VS Achuthanandan intensified with Chandy accusing VS - who had long been advocating the use of open software - of doublespeak and asking him to explain why he opted for Microsoft when it came to setting up his own website and Facebook page.

JNU students' union president Kanhaiya Kumar is all set to pen his memoirs. The book - Bihar to Tihar - will tell the story of his journey from school, his deepening involvement in student politics, and his controversial arrest. "I thought our ideas should be permanently etched in history as a book," says Kumar.

Apple shares dropped more than 7 per cent after the company reported nearly 13 per cent fall in quarterly sales - the first time in 13 years - to $50.6bn.

"Indian publishers were easier to convince than those in developed markets"