A reward approach for motivating employees needs to be analysed and reviewed to retain its efficacy.
Yasho V. Verma | Print Edition: July 17, 2016 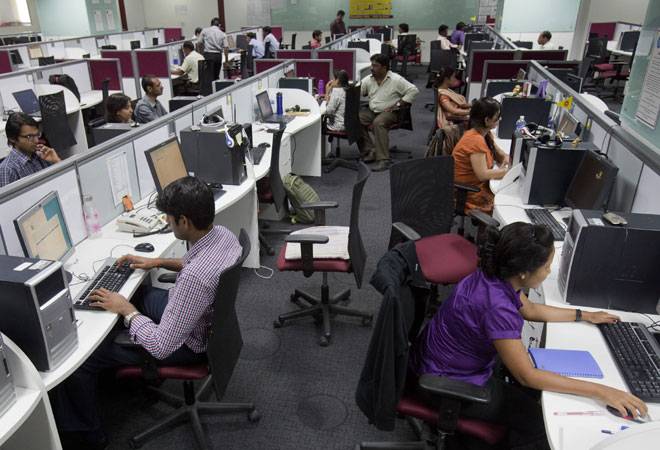 American psychologist, behaviourist and social philosopher B. F. Skinner devised one of the oldest theories of motivation, the reinforcement theory. It explained why we do what we do. The theory also known as Behaviourism or Operant Conditioning - possibly still taught in psychology today - states that an individual's behaviour is a function of its consequences, also known as the Law of Effect. His concept posits that by applying motivation through various stimuli - negative or positive - business, government, education and rehabilitation centres, etc. can gain broader understanding of human behaviour. His idea laid less emphasis on personal intentions or goals, and environment played the most important factor. This was in contrast to Ivan Pavlov's theory of classical conditioning that focuses on how the thinking process is influenced. Most recently, psychology is often associated more with the evolution of cognitive or intellect awareness.

While reinforcement theory is still in use at corporate offices where either reward or punishment (or not rewarding) is considered a powerful and a very positive (or a negative) stimulus, to arrive at the best possible approach to using its subsets remains a delicate aspect.

Corporates globally have employed 'Pay for Performance' (PFP) method of evaluation and compensation, but recently questions and doubts have been raised about this approach. Many wonder whether such a process is gravely flawed or misused, especially in the case of top executive salaries getting linked to a company's stock prices. PFP in many cases is the result of very detailed work of describing the job requirements, identifying and quantifying KPIs (key performance indicators) parameters. Even though a lot of effort has been made for quantification of KPIs, it is almost impossible to compute all of them for ascertaining performance. Corporates have often lost some of their best talent with huge potential due to external factors beyond their control. Trends related to incentives or disincentive(s) are emerging and quantification of KPIs is under strict scrutiny to arrive at best plausible mix of behaviours that can catapult growth of companies without the need of compromising on quality of talent. This is certainly a gargantuan task.

Reward systems have often been used as HR management tools for motivating employees to perform better. Performance is regarded as behaviour - the way work gets done by teams. And like all other mature HR systems and strategies, a reward approach also needs to be analysed and reviewed to retain its efficacy without overtly emphasising its role.

Many theories related to rewards have come forth. Alderfer's ERG theory, partly also based on some of Maslow's thinking, assumes people have three types of needs - existence, relatedness and growth. Unlike Maslow's ideas, ERG theory demonstrates that a higher-level need can be a motivator even if a lower-level need is not fully satisfied. Focused on the ways in which workers decide specific behaviours and how much effort to exert, Expectancy Theory predicts one's level of motivation depending on the attractiveness of the rewards sought and the probability of obtaining them. If employees perceive that they may get valued rewards from the organisation, they tend to put greater effort into work. Adams' Equity Theory concentrates on the concept of fairness in the workplace. Employees are likely to compare the inputs they devote to work with the outputs they receive from the organisation. Once they feel they get fewer outputs than inputs, which means there isn't a balance, employees tend to be unsatisfied and not motivated.

Rewards have different outputs. This also later connects deeply with how the cultural fabric of an organisation is formed and what it is reflective of. The findings of organisational psychologist Edwin Locke revealed that when people are paid on per piece model, while they do get motivated, they tend to pick easier tasks, minimising challenges or risks and deviate less from set paths. When rewards run out, people tend to revert to their old behaviours. Rewards succeed in securing compliance but do not create an enduring commitment to any value or action. Innovation and creativity at workplace apparently seem like the natural victims as exploration is compromised.

A former professor at Cornell University, John Condry, was more laconic when he said, "The rewards are the enemies of exploration." According to numerous studies in labs, workplaces, classrooms and other settings, rewards typically undermine the very long process they intended to enhance. Incentive may not necessarily result in altering the attitudes that underline behaviours while they may still contribute in reaching some of the milestones.

In 1911, another American psychologist Edward Lee Thorndike published the Law of Effect, the principle of learning that states "responses that produce a satisfying effect in a particular situation become more likely to occur again in that situation, and responses that produce a discomforting effect become less likely to occur again in that situation." Many years later, in 1970, R. J. Herrnstein, a student of Skinner, published a paper in which he described the 'quantitative aspect' of this law according to which the rate of a particular behaviour depends both on its own reinforcement rate and on the reinforcement rate of other behaviours - the operants (target behaviours) can be weakened by increasing the reinforcement earned for alternative (desired) behaviours.

It is also felt that punishment and rewards are actually two sides of the same coin. Both have a punitive and temporary effect as they are manipulative.

In a research conducted by Washington University while trying to understand 'effective incentives' deeper, students were asked to play a not very exciting computer game and monetary incentive was offered for correct responses and monetary punishment for wrong answers. In this case, punishment seemed an effective strategy as fear or pain, associated with something being taken away, works more than the idea of achieving something that is yet to come. As per evolutionary form of psychology or 'operant conditioning', people's tendency is to avoid punishments or dangerous situations or conflicts more than experiencing the joy of receiving rewards - the latter is less life-threatening and therefore not urgent enough to be incorporated into the behavioural systems and response.

While punishment as a behavioural control technique can be effective in stopping undesirable employee behaviours such as lethargy, absenteeism or substandard work performance, it may not necessarily lead to employees demonstrating desirable behaviour. In the longer run, it may only promote more recourse to punishment, but overuse can only make employees more immune and resistant to it if used as a behaviour modification practice alone. Punishment only stops a bad behaviour temporarily in most of the cases and may not necessarily bring about good work behaviour. Corporates overall use less of punishment techniques not because they are more contemporary but they have realised with time that it only creates 'malicious obedience' and short-circuited desire to mend one's behaviour.

Picture a fitness app that either pays or deducts real money from your bank account as per success or failure of the person completing the scheduled workouts. It may boost adherence rate to the exercise programme as people tend to be motivated about losing weight and losing money may further reinforce the behaviour. Similarly, over-rewarding oneself with a 1,200 calorie dessert after burning only 200 calories may not help achieve weight loss goals but forbidding people from their favourite meal as a punishment may work. So, to maximise workout motivation, one may start with an exercise one would be loath to miss - if it also means losing money, it should ideally correct or modify the behaviour. If it doesn't, the mind has grown immune to both rewards and punishments, and one will need different motivational techniques.

Most of these researches reveal that reward is compared with success and brings with it a lot of inner satisfaction. Punishments on the other hand are considered a consequence of failure and do just the opposite. Thus, the desire to repeat success or avoid failure will largely depend upon the quality of the experiences. Everyone wants rewards for individual gain. If individual success can also be linked to collective gains, it will weed out huge inefficiencies in the system.

Alfie Kohn, an American author and lecturer in the areas of education, parenting, and human behaviour, in his book Punished by Rewards says both rewards and punishment are ways of manipulating behaviour that destroy the potential for real learning. Instead, he advocates providing an engaging curriculum and a caring atmosphere "so kids can act on their natural desire to find out". It appears to be a handy tip for grown-ups too.

The author is a consultant with World Bank, and former COO and Director at LG Electronics

Not an open-and-shut case