Once a shepherd, he now heads Australian Wool Innovation (AWI), a not-for-profit company owned by more than 28,000 wool growers. Stuart Mccullough, who is rated as a top gun in fashion circuits globally, was in India recently to attend an event organised by American lifestyle brand Tommy Hilfiger. The consumption of wool from India has been steady for AWI. Said McCullough: "We see an opportunity for both consumption and manufacturing in India." 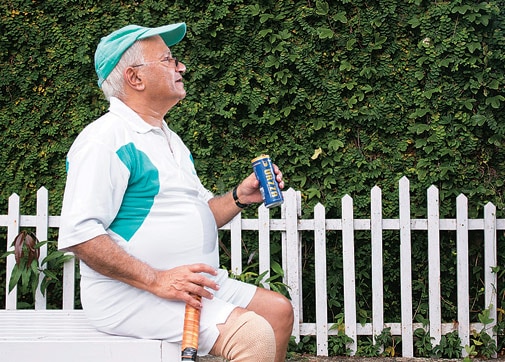 Ramesh Chauhan Chairman, Bisleri. Photo: Rachit Goswami
Ramesh Chauhan has spent close to five years in developing 'Urzza', Bisleri's new [energy] drink. Urzza, he claims, is safer and tastier than most energy drinks available in the market because it doesn't contain caffeine, an important ingredient of most energy beverages. "If you know your chemistry well, there are ways of giving energy without caffeine," says Chauhan, who takes pride in thinking out of the box and innovating beverages which can be consumed by all, irrespective of their age. "When we made Thums Up, a cola, we didn't use kola nut (an important caffeine containing cola ingredient). Everybody asked us how we could make a cola without kola nut, but we did it." It has been two decades since Chauhan sold Thums Up to Coca-Cola, and ever since he has been involved in the packaged water business. Launching a vitamin fortified water or flavoured water would have been the most logical brand extension, but Chauhan is quite sure there isn't a market for those kind of products in India. Piyush Mathur President (India Region), Nielsen. Photo: Khushnun Bhandari
Does Connaught Place in Delhi have more consumers of luxury cars vis-a-vis Colaba in Mumbai? Piyush Mathur says his company Nielsen India's recent acquisition of the economic research company Indicus, its first buyout in India, will help them to offer their clients locality-specific consumer data. "It's about going granular. In the past, we would say Mumbai has more demand than Jaipur. Now we will be able to give comparative data of Connaught Place versus Colaba." He says that such granular details would help in giving a better sense of the opportunities that exist for various consumer products. Despite Nielsen having well-entrenched global tools for market research, Mathur prefers local expertise. "... We are looking at 'Make in India' products, which will not only work well in India, but also be relevant in emerging markets."