As companies increase their investments in training, B-schools up the ante in their offering of management development programmes.
By Sonal Khetarpal | Print Edition: December 4, 2016 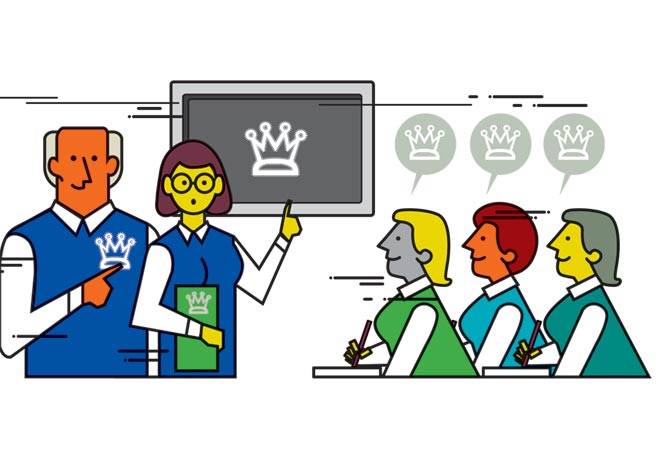 WHEN FORMER COMPTROLLER AND auditor general (CAG) Vinod Rai pushed the CAG to change its auditing methodology from proprietary-based to performance-oriented, it called for a training of their executives. They did have a pool of auditors to train the executives, but they faced the challenge of having to conduct performance rather than proprietary audits in a new environment. They contacted leading business school IIM Ahmedabad (IIM-A) to customise a management development programme (MDP) to help them. "On the basis of their needs, we weaved in training as an integral part to help the organisation make the transition smoothly," says Prof. Sebastian Morris, Chairperson of the executive education programmes at IIM-A. The institute then prepared a customised two-week programme for the CAG. Companies have understood the need for investing in people and the importance of formal training. They no longer see training as an expense but as an investment to keep people engaged and reduce attrition. Several studies worldwide prove that companies that don't invest in people don't do well in the long term. As M.G. Jomon, Associate Dean of Corporate Programmes at XLRI, Jamshedpur puts it, "Organisation is people, the rest can be bought and sold." He adds: "It is a fantastic idea to invest in internal workforce for a proper succession planning of the business than hiring from outside as it builds a performance-driven culture."

This becomes significant in today's fast-paced, dynamic business environment. Since management is more applied science than theory, what is relevant today might be outdated tomorrow, says Prof. Arun K. Rath, Dean of executive education at International Management Institute (IMI), Delhi. This reemphasises the need for companies to upskill and reskill employees to plan for the future. It is here that MDPs play a significant role as they are application-based and cater to the needs of businesses at that time.

MDPs are essentially certificate programmes for working executives that companies sponsor to bring in new skills, experience and global best practices quickly into the organisation. They usually range from two days to even six months or more. Mostly, institutes offer open MDPs that are pre-determined courses, and also customised ones that vary greatly according to the needs of an organisation. They can be right from entry level to Board level, and are often a combination of classroom teaching and online learning.

IIM-A's Morris points out that MDPs have been around for long, but we hear more about them now because today even mid-sized companies and new-age Internet businesses are investing in skilling. Earlier, MDPs were availed largely by multinational companies, big business houses and PSUS. So much so that there has been a capacity constraint at IIM-A. It has expanded by adding the International Management Development Centre (IMDC), further adding annexes, and also collaborated with nearby hotels to provide stay facilities for executives.

OF COURSE, a lot of companies prefer to get training done on their premises as it is difficult for executives to be out of office for long. But B-schools say the quality of MDPS is better on campus as the learning environment of the facility, away from the distraction of office, adds value to the programme. Plus, executives can also engage with students and faculty members.

"Earlier MDPs would focus mostly on functional skills, but now companies want that to be complemented with focus on the bigger picture, so the executives can connect the dots," says IIM Kozhikode's Chairperson for MDPs, Prof. Sudershan Kuntluru, adding that such a strategy helps companies prepare better leaders. Hence, there is also considerable demand from companies for MDPs for the junior and also middle managers, when earlier the focus was mostly on top management, says Kuntluru. "MDPs have been around for long, but we hear more about them now because today even mid-sized firms and new-age Internet businesses are investing in skilling"

DCM Shriram, for instance, has been sending people for MDPs since 1991, says Sushil Baveja, President of Corporate HR. "It is a great platform to meet peers, to share experiences, learnings and get global perspective," he says. The company had sent some senior finance heads of different business units to attend the 3-Tier Management programme at IIM-A. The programme gave them exposure to how finance was related to the larger business context. "They came back informed about other business processes, understood the business better, and we could see a considerable improvement in their day-to-day job performance," says Baveja.

The demand for courses is like fashion, says Prof. Morris - whatever is in vogue sees an increase in demand. "As leadership has become the buzzword, there is no MDP for top management management that doesn't contain leadership as its subject." This has also led to the demand for competency-based courses. Organisations expect certain competencies from employees, and get them enrolled in these programmes if they perceive gaps. "We are working with six companies on just competency-based programmes," says Prof. Savitri Kulkarni, Associate Dean, MDP, Mumbaibased WeSchool.

FOR INSTANCE, almost all top executives of Kotak Mahindra Bank had attended general management leadership MDPS between 2008 and 2014. And now, according to Makarand Khatavkar, Group Head-HR, the company is focusing on MDPs in advisory portfolio management for their wealth managers.

Hence, as the business demand changes, so does the need for subjects of MDPs. This has considerably added to the portfolio of MDPs offered by the B-schools. Take for instance, companies' need to get women on Boards. Business services firm Concentrix has been sending its women executives to attend the programme for Women Leaders at ISB to prepare leaders for tomorrow, says its India HR Head Jojo Mathews. Last year, the company enrolled 25 women executives.

Soft and behavioural skills see great demand from companies, and so do niche, specialised areas of management such as lean management or new laws in finance or taxes, says Prof. S. Chatterjee in the Operations Management Area at MDI Gurgaon. For instance, if there is a new CSR law, companies would want their executives to attend a short MDP on it.

Also, as digital becomes a pervasive presence, B-schools have been considering offering MDPs online, even though they worry that it might dilute the quality of the offering. IIM-A and MDI say they are considering online MDPs as they have been getting a lot of queries. MDI is planning to offer MDPs that are a combination of online and offline, where for long-term MDPs, some virtual classes can happen between two on-campus classes so it will be an integrated programme. IIM Kozhikode's Kuntluru says the institute offers a few MDPs online. They have collaborated with a technology partner to conduct live classes from the campus. "This year, we will start offering a lot more variety of online MDPs," he says.

CUSTOMISATION TO THE T

When a company invests in MDPs, it wants to see its impact in terms of business objectives. Siddharth Deshmukh, Associate Dean - Industry & Alumni Partnerships at Ahmedabad-based MICA, says some companies were not satisfied with open MDPs and felt short-changed. Instead, they wanted courses that would solve their specific problems. Each organisation, even from the same sector, has very unique needs. And so their training requirements would also differ. Due to this demand for specific learning outcomes, institutes upped their ante and started offering more of customised MDPs. At MICA, around 70 per cent of MDP courses today are customised, says Deshmukh. 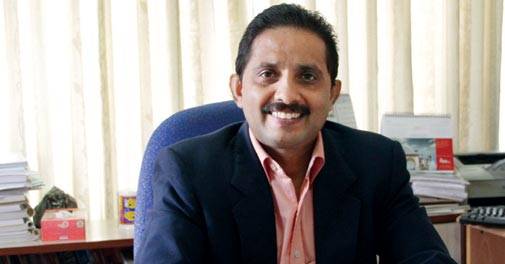 SIMILARLY, IIM-A does over 150 customised MDPs, the most in the country, says Prof. Morris, adding that customised programmes call for a lot more engagement with the organisation. Often, faculty members visit companies' premises and spend a day or two there. Understanding the requirements properly is most important so that company executives get full value from the course, says Prof. Morris. It doesn't end there, either. For Deshmukh of MICA, even after the MDP is done, there has to be constant engagement with companies so that the results of the learnings can be evaluated or alternative solutions provided. Then, WeSchool provides impact assessments of MDPs. "We show the organisation what has been the cost saving, work hours saved and how it has improved productivity," says Kulkarni, adding that the institute started this practice four years ago, and it has led to repeat clients doubling. WeSchool does four-five open programmes a year; the rest are customised.

This sort of pre-engagement and post programme feedback and refreshers are new to the MDP game. Motilal Oswal Financial Services, for instance, works with faculty members to develop refresher courses for re-training executives. "Refresher courses are important, otherwise people forget what they have learnt," says Sudhir Dhar, Group Head HR. "After every MDP, we develop four to six interventions for the participants, which are spread over the next few months." On average, he says, 40-50 company executives attend MDPs each year.

MDPs are not only helpful for companies; B-schools are also excited about them. Such programmes increase the industry connect and network of the academic institutions, and also increase their visibility. It helps faculty get consulting assignments and students, internships and better placements, says Chatterjee of MDI.

However, Morris of IIM-A points out that the value of these programmes can be greatly enhanced if the companies also share their complete stories with B-schools. "Often, companies share the success story but hold back on the part that will not put them in great light. Companies have to move in the direction of not being cagey for real learning to happen and to get better future managers," he says.