Slowdown is a time to refrain from the adventurous and return to the safe, tried and tested. Here’s a walk through what’s once again in flavour and what’s gone out the window.

Last week, Neleema Shah was frantically searching her cupboard for a 5 gram gold coin worth Rs 7,000 that her husband had gifted her on her 35th birthday last year. Sulking at not getting jewellery, she had tossed the coin into a deep corner. Now, a newspaper article about gold’s surge had triggered a wave of repentance. Ah! There it was! The next day, husband and wife turned up at their bank to check out the current price of their 99.99 per cent pure gold coin. Their brains whirred in unison as the manager said: “Rs 8,000”. That meant a cool profit of 14 per cent—and that at a time when many of her friends had burnt their fingers in the stock market crash. Neleema now wants to buy more coins. 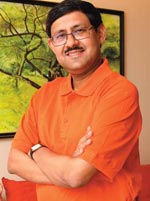 Sudip Bandyopadhyay
When the economy goes from growth to slowdown and recession or vice versa, investors, spenders and entrepreneurs have to tackle new market dynamics that force changes in spending and investment habits. The global financial meltdown has sparked a flight to safety and Indian investors or spenders have not lagged. Across India, companies are going back to financing methods they had scorned during the boom, investors are ditching unit-linked insurance products (ULIPs) in favour of guaranteed products, housewives are clutching at gold coins rather than jewellery, property developers are again pushing low-cost housing instead of attached swimming pools and golf courses and even marketers, so far enraptured by big spenders at malls, are aggressively pushing sachets and small packs in rural and semi-rural areas.

The shrinking wallet size is giving a new lease of life to many old and tested marketing tools. In a way, it’s back to basics for many issuers. It’s not what you make that sells in the market, but it’s about making what the market actually wants.

BT checks out a few products that are once again back in currency. The backdrop: a stock market still substantially down from its peak, interest rates heading down, plunging footfalls at malls, real estate investments gone bust and companies under pressure to come up with better debt-equity ratios just when private equity has turned scarce.

Raising money, simply
In the boom that ended abruptly last year, India Inc. haphazardly mobilised money through complex debt products like floating and fixed rate debentures with put and call options, pass-through certificates related to securitisation and something like equity-linked debentures. All concepts borrowed from global markets. Today, institutional investors are investing in simple products like certificates of deposit, commercial paper and fixed-coupon non-convertible debentures. CRISIL, the leading rating agency, pointed out in a recent report that 233 debt instruments were issued in December 2008 and 150 in January 2009. Most of the instruments issued in December (68 per cent) and in January (83 per cent) were simple ones. 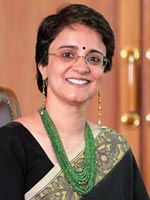 Madhabi Puri-Buch
However, Madhabi Puri-Buch, Managing Director & CEO, ICICI Securities, reasons: “It’s not the simplicity or the complexity that influences issuers or investors today, but the underlying expectations of interest rate scenario that actually decides the structure of a product.”

That may be true as there are expectations of a further fall in the interest rates. But a look at the government’s huge borrowing programme in 2009-10 indicates that interest rates could firm up. This is something the investors have to live up to in a globalised environment.

Buybacks are back
Just one-and-a-half years ago, promoters were sneering at share buybacks. The buoyancy in the market was actually taking care of the stock as well as a company’s under-valuation in the market. So, there was no point in making a case for fair valuation.

But the equity market’s collapse has affected shares of all companies, good and bad, and promoters are now on a buyback spree. Check this: during the fiveyear bull run from 2003-2007, the market got 75-80 buyback proposals. During the past 18 months, there have been over 100 such proposals. Some of them have done substantial buybacks at good prices.

Srinivasan Subramanian, Head (Investment Banking), Enam Securities, says the buyback trend should continue if the promoters believe that the stock price is significantly below the fair market value. “The promoters generally have a long-term view when they decide to go for a buyback,” he says.

The ideal candidates are companies that have enough cash on the books and are in a sector that has not been impacted much in the current downturn. Unlike in the bull market, when promoters announced tender-offer fixed-price buybacks, this time promoters have announced open-market buybacks with a maximum price. This offers them the flexibility of doing a buyback as and when they feel comfortable within the stipulated one year.