India’s biggest conglomerates feel the pain after an adventurous bout of mergers & acquisitions in the boom times.

Drive a Jaguar or a Land Rover made of Corus steel—that’s the message the Rs 2,51,543-crore (by revenues in 2007-08) Tata Group sent out to Old Blighty when it struck up a price tag of almost $16 billion to buy two UK businesses in a span of a little over a year, between January 2007 and March 2008. A security officer guards a railway crossing leading towards Corus steel factory in Ijmuiden, The Netherlands.
The UK, of course, was just one piece of the Tatas’ grand game plan of planting its flag in every global outpost that matters by making acquisitions to gain either size and scale or security over raw materials or both. So, along with Jaguar-Land Rover and Corus, between March 2007 and January 2008, Tata Power bought out coal mines in Indonesia, and Tata Chemicals picked up US soda ash maker General Chemical. The price tags? $1.10 billion, and $1 billion, respectively.

For a while, the Tatas were globalisation’s biggest disciples and their logo a badge of pride on the sleeve of the patriotic Indian. Then came the global downturn. Stock prices came crashing down, making yesterday’s buyouts suddenly look obscenely dear, prices of many of the products (like steel) of the acquired companies slipped, and the debt resorted to fund these buyouts threatened to burn holes in the balance sheet. Click here to Enlarge
Analysts estimate the debt of the Tata Group at a whopping Rs 1,00,000 crore; although they did term it Â?gmanageableÂ?h, the figure in isolation is enough to drive investors.and financiers.into a blue funk. At present, Tata Motors is scouting around to refinance $2 billion of loan taken to acquire Jaguar-Land Rover (JLR) by June. A small stake in Tata Consultancy Services has already been liquidated to generate some funds. Last month, Standard and PoorÂ?fs (S&P) downgraded the companyÂ?fs credit rating to B+ from BB-, on concerns of deteriorating cash flows and significantly high debt levels. As for Corus, reports indicate that a major restructuring is on the cards, with the future of plants in Spain, the Netherlands and France being reviewed.

If “go global” was the rallying cry for India Inc. in the boom years, then “hunker down” is the motto of today. Digesting the mega deals stitched in the boom years is turning out to be more difficult than anticipated. And it’s not only the Tatas; a host of other corporations are struggling to cope with their multibillion-dollar baggage. Consider:

As large Indian companies scramble to refinance and repay the debt taken to buy overseas companies, the archetype of the ambitious Indian overseas acquirer seems gloriously undone. Many of these deals were premised on plentiful liquidity, the India story continuing to shine and the world continuing to consume more products and services. 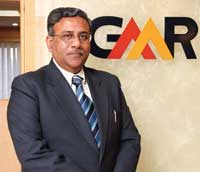 Ashutosh Agarwala
The reality, of course, is now different. World economic growth estimates for 2009 are in negative terrain—the latest being a contraction of 1.3 per cent. The cascading impact on global demand was relentless. World crude steel production fell 22.8 per cent in the first quarter of 2009. During October-December 2008, JLR wholesale volumes declined 35.2 per cent over previous year. Kumar Mangalam Birla’s Hindalco, which acquired Novelis of Canada, reported that during the same period, the demand for flat-rolled aluminium products dropped by 13 per cent. By most counts, 2009 is likely to remain a tough year.

So what happened to India Inc.’s big slayers? Did they fall short in terms of scenario planning? Was India Inc. too aggressive in the valuations then? Some of the big deals, especially in 2008, were certainly at top-deck valuations. Says Debu Bhattacharya, Managing Director, Hindalco Industries: “The changes caused by the global economic meltdown are well beyond the ‘contingency adversities’ that we had planned at the time of valuation. 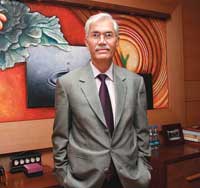 R.S. Butola
We had certain internal targets for fiscal 2011, and when we look at those targets objectively today, we see that we will reach there albeit with a delay of one or may be two years.” In hindsight, it may have seemed smarter to have waited to acquire the same assets 50-60 per cent cheaper in just a few months. That, of course, is the case for a perfect utopian world. In the imperfect world, however, decisions are taken on the information and business opportunities available. For ONGC Videsh, which acquired UK-based Imperial Energy— which operates in Siberia—just a few weeks short of Lehman Brothers’ failure, the basic assumptions on the price of crude oil came undone when the prices slumped from $130-140 a barrel to $30-40 a barrel in less than six months.

R.S. Butola, Managing Director, ONGC Videsh, concedes: “In hindsight, financial logic went against us.” However, he also adds that when you are acquiring assets of this kind, you have to take a threeyear call on what will be the prevailing price then, based on prospects. “Production is still small and needs to be ramped up. The possible reserves with this company are very high.” Butola’s point is that the strategic logic of the Imperial deal remains intact.

That is also the case with Novelis, which controls 19 per cent of the world’s flat-rolled aluminium products. “Yes, it was an expensive buy in 2007, but it was worth the price paid. If we were to recreate assets of the kind and size as Novelis, it would cost us much more than the $6 billion we priced it at. And, it would take years to get the assets produce the same quality and cater to the wide and large customer base that Novelis has,” explains Bhattacharya. Debu Bhattacharya
Strategy, however, is a fig leaf at a time when financial metrics turn topsy-turvy. Even for strategically appropriate deals, valuations need to be aligned to the most conservative scenarios. Brijesh Mehra, Country Corporate and Investment Bank Head, India, for ABN Amro, says that while the strategic rationale remains robust the value of the deals has reduced given the correction in various asset classes. “Hindsight vision is always 20/20. Although the deals were fair calls at that time as they were strategic and not financial investments, the economic conditions will put pressure on the new owners to different degrees,” he says. ABN Amro underwrote nearly $10 billion for four financial transactions over 18 months from 2006 to March 2008.Take rich valuations, add to it high leverage, and you have a potential recipe for disaster. Yet, against the backdrop of overleveraging that happened on Wall Street last year, India Inc. didn’t go totally out on a limb on the debt front. According to Kalpesh Kikani, Senior General Manager, ICICI Bank, most Indian deals were done on debt to earnings before interest, tax, depreciation and amortisation (EBITDA) levels of 4.5-5.5, whereas for many US, British, or even Korean companies the leverage levels could easily go up to 8-9. “No Indian deal was done like that. Indian companies have been pretty responsible and the leverage ratios have been respectable at the time of the deal,” says Kikani, adding however that since the earnings have gone down on weak global demand, the ratios may have worsened. An over-reliance on short-term funding has also resulted in what bankers term an asset-liability mismatch.

“In capital structures that relied on shorter duration funding and with little equity, in the current economic scenario there is almost no elbowroom for manouevre,” says Aditya Sanghi, Managing Director, Investment Banking, YES Bank. More damaging, perhaps, has proved the over dependence on bridge loans—interim financing until a more permanent route is found—resorted to by almost every one. “If there are any lessons learnt from the mega deals it is this: longterm funding should be tied up as soon as possible,” says Sunil Mehra, Managing Director, Corporate Finance and Advisory, Standard Chartered Bank.

However, no amount of right financing structures could have helped if the underlying financial logic was flawed. Ashutosh Agarwala, CFO, Strategic Finance, GMR, says that even if the asset has been overpaid for, and there is leverage, what is perhaps not sustainable is a situation “where the balance sheet of the acquiring company is continuously getting loaded by additional commitments in order to repay the acquisition-related commitments”. GMR, which acquired a 50 per cent stake in Dutch power utility InterGen for $1.1 billion, closed its deal financing last October. “It was important to make sure that the valuations are aligned to the most conservative scenario and that the risk is ring-fenced,” he adds. Much will depend on how corporate India handles the risk associated with buyouts in subsequent quarters. And therein will lie the tale of the winners.