The banking industry is on the cusp of an overhaul with the arrival of payments banks.
Naresh Makhijani | Print Edition: February 14, 2016 A new breed of banks is entering the banking and financial services industry with the promise to transform banking transactions. To the unbanked, the move will give access to bank accounts. And to those who longed to get into the banking industry, it will offer the benefits (and prestige) of a bank. Whether these banks will be financially successful or not, however, is another matter. 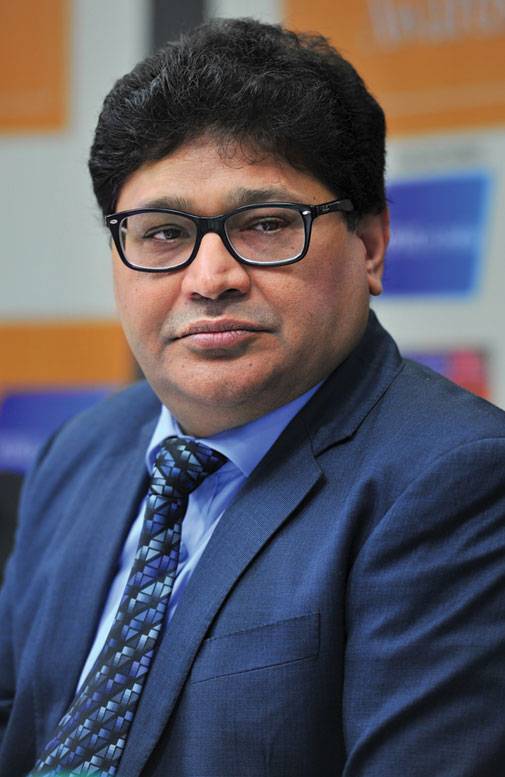 He lives in one of the poorer districts where development takes its time. Through his 85 years - since the days he manoeuvred his single-horse tanga (a two-wheeled carriage) from his small village of Bhagur in Devlali, Maharashtra - Baburao Bhomale has seen the world change and he continues to keep track of the changing world. Today tangas are history. His daughter Sindhubai is in command. Sindhu's teenaged son owns a mobile phone that connects him to the Internet and helps him to communicate instantly. He can tell whether the trains are running late, whether it will rain, what are the nearest mandi rates for his agricultural produce, and more?

There is a belief that the versatile mobile phone will usher in a fresh era in the Indian banking space - payments banks. It will not matter that Bhagur has only a few bank branches. In future, people will not visit banks, instead the banks will come to the people - most likely in the form of a mobile phone. Payments banks are here to stay - but the "challengers" have arrived.

Roadmap for Banking in India

When the Reserve Bank of India (RBI) granted in-principle approvals to 11 out of the 41 applicants for payments banks, it set a roadmap for banking in India. Payments banks are expected to revolutionise India's financial services - through service and price differentiation, offering customers choices and focusing on volumes instead of margins.

However, some bankers believe payments banks are more likely to complement rather than compete with conventional banks. Consequently, several conventional banks are trying to make the most of the opportunity. State Bank of India (SBI) has tied up with Reliance Industries and Kotak Mahindra Bank has formed an alliance with Bharti Airtel.

The attraction of telecommunications companies lies in their mobile penetration. However, the dawn of payments banks in India calls for more - a change in the mindset of the user and supplier of banking services. When a company becomes a bank, it triggers expectations among the staff - they wonder "what's in it for me", they expect employee stock ownership plans (ESOPs) and increased remuneration and benefits. On the other hand, with the introduction of fresh technology, the staff also tend to get apprehensive - they wonder whether "this new technology will lay us off or enable us". This, however, is a different sort of a bank.

Payments banks will penetrate the remotest villages - possibly with a lot of help from the mobile phone. Their success will depend on how they approach the market and their value propositions. Payments banks are naturally nimble and agile. Therefore, their responses to market trends would be quicker - they have a hi-tech, high-touch digital approach.

Rural markets, on the other hand, are fast changing - there is social awareness, due mainly to satellite television, advertising and the Internet. Computer literacy is rising and so are the levels of aspiration. All this will promote digital India and complement Aadhaar-enabled payment systems, which facilitate direct benefit transfer schemes of the government.

Competition among payments banks will heat up. Each one will differentiate itself to stand out. This throws up a need for constant innovation in the products and services offered. Payments banks will go beyond providing only financial services - the "extras" will count. They will drive continuous engagement with customers. This could take the form of reminders about customers' credit cards or cloud storage of clients' receipts.

Innovation will be crucial to hook and retain customers. Payments banks will not just offer customer delight but pleasantly surprise them. The new norm will involve knowing a customer's expectations through online activities like buying patterns, etc. Such insights would help payments banks to customise offerings and effectively target customer communication.

Payments banks will encounter two kinds of Indian customers. The young, urban, Internet-savvy ones, who will shift to mobile and wallet-based payments from credit cards, and the rural, low-income consumers, for whom bank facilities have limited penetration. Each target audience will have different demographics, adoption patterns and challenges. Consequently, this will necessitate payments banks to make different propositions.

A KPMG LLP-UBS study in 2015 revealed that users of digital channels had low brand loyalty and were likely to switch banks. The average age of the Indian digital banking channel user is about 30 years. Therefore, payments banks should focus on increased usage by customers rather than on increasing customer enrolment.

Related to this is the fact that the Know Your Customer (KYC) norm, as we know it today, is largely about verifying an individual and his or her address. This will change. The RBI has initiated steps for setting up a Central KYC Records Registry to receive, store, safeguard and retrieve the records in digital form.

But, can payments banks make money? They are highly sensitive to transaction volumes and gaining a critical mass of customers. They will, of course, keep an eye on their expenditures as well. The KPMG LLP-UBS study shows that the cost of effecting a transaction through a branch is 43 times higher than that of a mobile channel, and Internet banking is twice as expensive as that of the mobile channel. Consequently, the mobile channel seems to be the way forward. During the first three to five years we expect payments banks' servicing costs to be lower than those of other banks, though customer acquisition costs are expected to be higher. They would have to balance their focus between the large accounts of urban areas and multiple small accounts of rural areas.

Some bankers believe that payments banks must get their models right if they are to make money.

Payments banks will have a low-cost delivery model. Consequently, they would have an asset-light model that is economically viable. No marble floors, high ceilings and Romanesque pillars. No high fees for maintenance of infrastructure - only banking. If payments banks give government initiatives a leg-up, it would help their cause as well.

At the end of the day, the person who presses the button on a mobile phone must feel comfortable with digital technology. That might be one of the big challenges the challengers will overcome.

The author is Partner and Head, Financial Services, KPMG in India. Views and opinions expressed here are personal and do not necessarily represent the views of KPMG International or its member companies.