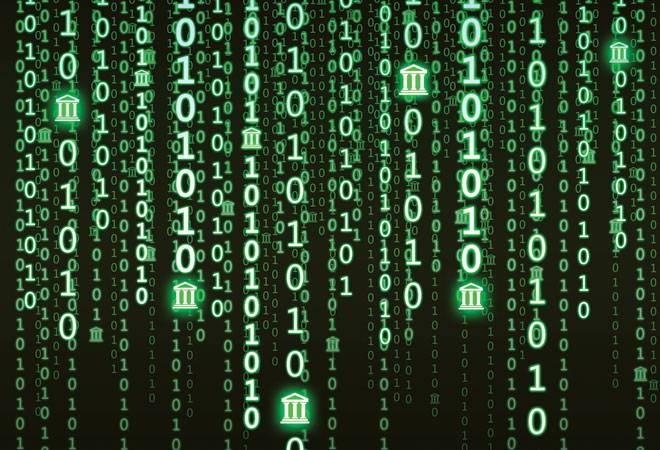 There has been a flurry of activity in the financial sector. As we go to press, six small finance banks - a new category of banks to advance the governments financial inclusion agenda - have started operations, out of the 10 that had got the Reserve Bank of India's, or RBI's, "in-principal" approval in September 2015. These include, two which took off last year - Equitas in Chennai and Capital Local Area Bank in Jalandhar. Thereafter, since January, five more have got the RBI's nod, of which four have started operations. Most of these new banks have a similar past. Apart from Au Financiers (India) Ltd, Jaipur, and Capital Local Area Bank, they have been high-performing microfinance institutions or MFIs. And most are from the financially well-served regions of South, West and North, barring a couple, such as RGVN, which is launching North East Small Finance Bank from Guwahati, and Utkarsh, which will be based out of Varanasi. Industry veterans say the microfinance experience will be a blessing as the government looks to them to take banking to remote areas. However, they also say that most will find the transition to a small finance bank difficult - for several reasons. One, it will mean tapping deposits from public and companies for funds, not an easy task for institutions that have till now grown by borrowing money from banks and lending it further at higher rates. Will they be up to the challenge of attracting depositors with superior services and rates that match, if not beat, those offered by full-scale banks and newly launched payments banks? Two, they will face intense competition from banks and other new players such as payments banks, which are also expanding in remote areas at a fierce pace. Third, the new status will mean meeting statutory liquidity ratio (SLR) and other targets set by the RBI. Four, the rise in the use of technology in banking that is making traditional branch banking history will challenge the newcomers in more ways than one.

"The challenge for small finance banks will be to migrate from a pure assets business to providing the full range of products, including to new customer segments,"says V.S. Radhakrishnan, MD and CEO of Janalakshmi Financial Services, which has just received the final approval from the RBI.

"We will also have to ensure that HR/IT functions are ready. We will also have to manage our SLR and other liquidity requirements through new sources of liabilities such as deposits," he says. Banks have to invest a certain percentage of deposits in specified instruments such as securities of Central and state governments for safety. This percentage is known as SLR. Microfinance institutions do not have to follow this requirement.

M.S. Sriram, visiting faculty, IIM Bangalore, and a member of the External Advisory Committee of the RBI that processed the applications for small finance banks, agrees. "Small finance banks are transitioning from asset-only outfits to generating liabilities (in the form of deposits, etc). That is their biggest challenge," he says. The key issue will be "replacing the bank loans of their current entity with deposits from customers. Here, the traditional microfinance customers will not be of much help, as they have been net borrowers and not net savers. They will need bulk deposits." These, he says, will have to come from people who have not traditionally transacted with them in the past - this includes companies and people from upper and middle classes in urban areas. Estimates suggest that the amount of bank loans they will have to replace with deposits could be as high as Rs 40,000 crore. These entities will be in the market to raise deposits around the same time and so will have to offer high rates of interest - which they may be able afford for now as yields on microfinance loans are as high as 24-26 per cent.

"We have always been well capitalised and ensured a strong liquidity position by borrowing for the long term. While this is a challenge, we believe we have taken enough steps to ensure we are well positioned to address this," says Radhakrishnan of Janalakshmi. They have also raised significant amount of equity from investors such as TPG and Morgan Stanley.

"Each of us is trying to raise resources as building these through deposits will take time. Most have either borrowed for the long term or are looking at options such as non-convertible debentures. It is a question of gaining time," says Brij Mohan, Chairman of RGVN (North East) Microfinance, which is setting up North East Small Finance Bank. Any option for raising funds other than public deposits will increase these banks' cost of capital and extend the period for returning to profitability. They may, for instance, have to compete for deposits with payments banks, which are offering 8-9 per cent on savings deposits asagainst the 4 per cent that banks are paying.

It is clear that small finance banks will have to deal with several challenges other than those related to technology (some see this as their strength) and human resources, including people training and cultural shift.

The biggest of these will be the push by full-scale banks such as HDFC Bank into semi-urban areas with no-frills branches. Banks are also expanding by acquiring stakes in microfinance institutions. IDFC Bank, for instance, has acquired Trichy-based Grama Vidiyal Microfinance, Kotak Mahindra Bank has acquired BSS Microfinance and DCB Bank has bought a stake in Annapurna Microfinance. There are also reports of IndusInd talking with Bharat Financial Inclusion (earlier SKS Microfinance) for a possible deal. This redefining of the financial inclusion space will have implications for both small finance banks and microfinance institutions. Take the competition from the latest entity to get a banking licence - Bandhan Bank - which has origins in microfinance. Even small regional banks, with expertise in rural markets, are expanding at a breakneck speed. To meet these challenges, small finance banks are betting on their reach and understanding of unbanked customers, both rural and urban.

But what about the urban focus of many small finance banks? "Urban areas also have the problem of financial exclusion. We need banks to serve the urban poor too," says S. Viswanatha Prasad, Managing Director, Caspian Advisers, an impact investor with over Rs 1,000 crore under management and an early investor in three small finance banks - Equitas, Ujjivan and Janalakshmi. There are other concerns too. For instance, there is little clarity on how the competitive landscape will change in view of the RBI's intent to grant full-scale banking licences to urban cooperative banks. At the moment, though, the small finance banks are taking comfort from cooperative banks' low capital base and the huge size of the market.

Another hiccup for these players has been demonetisation, which sucked out liquidity and increased defaults by microfinance borrowers, diverting the focus of the senior management. "This hit our plans and the scale of the rollout," says Govind Singh, MD and CEO of Utkarsh Small Finance Bank. Utkarsh, he says, did the "soft launch on January 23, largely aimed at employees." On April 1, it started full-scale operations with four new branches, one each in Varanasi, Patna, Delhi and Nagpur, its zonal hubs. Apart from this, it upgraded an existing branch. In one month, it will have 40 new branches. The plan is to get 400 branches up and running in a year. He says without demonetisation "we could have taken off with more than 100 new branches instead of the 40-50 that we are doing with today."

Prasad of Caspian Advisers says faster adoption of technology and digital money, coupled with unmatched physical outreach and customer connect, will be a big positive for these players in the medium term.

For Varanasi-based Utkarsh, which is perhaps the only small finance bank focused on central India, MD and CEO Govind Singh says, "No mainstream or any small finance bank has headquarters in UP, Bihar, Chhattisgarh and Jharkhand. This will be our differentiator." Singh has been in mainstream banking for years. Before this, he was the head of micro-banking at ICICI Bank.

P.N. Vasudevan, Managing Director and CEO, Equitas Small Finance Bank - which started operations in September 2016, says: "The move towards digital is good for banks. Demonetisation has led to more awareness about moving money digitally. So, the need for banking services is more today." On scale he says, "Small or big makes no difference. A bank is a bank. The need to open a bank account and use a debit card is more today than it has been in the past. It is an opportunity as you do not have to now convince people to open an account."

"Even before we became a bank we were offering a range of lending products. Microfinance was less than 50 per cent of our loan book. We are already offering vehicle finance, affordable housing finance and SME finance. Now, as a bank, we are expanding our product range. In September last year, when we launched our small finance bank, we had outstanding loans worth Rs 7,000 crore, 2.6 million clients and `9,500 crore balance sheet size," he says. 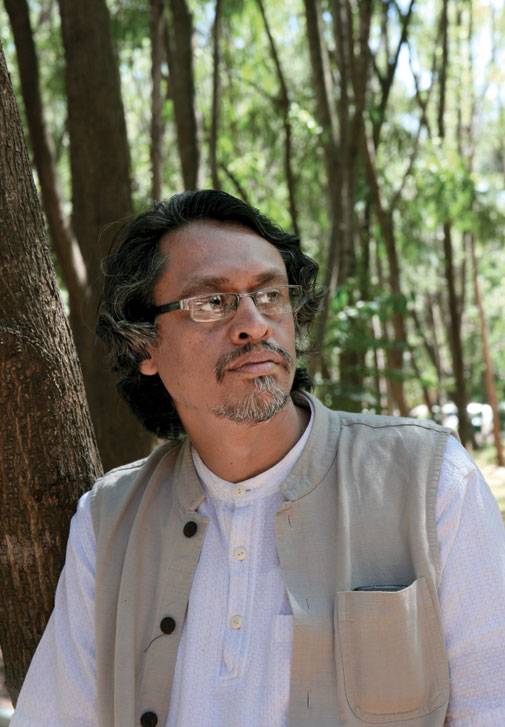 Aware about the need to quickly grow beyond microfinance, Radhakrishnan of Janalakshmi says, "We already have a range of businesses outside the traditional business. We have a strong individual loans business, which we call Nano, for small businesses. To ensure we grow with our customers, we also have a unit called EFS, which focuses on tiny enterprises. We also focus on small distributed infrastructure projects that affect lives of our existing customers. We also have a strong payments business that we will leverage."

The RBI has set stringent conditions for small finance banks. They have to ensure that 75 per cent funds are used for priority sector lending (this is 40 per cent for scheduled commercial banks). Also, half the portfolio has to comprise loans of less than Rs 25 lakh. This means they will have to engage more with the informal economy. "We expect informal segments to continue to be the focus of our inclusion strategy. We also expect events such as demonetisation to increase formalisation and create opportunities for small finance banks like us that have built skills to lend to the informal segment," says Radhakrishnan.

The confidence notwithstanding, the agenda of greater financial inclusion will take time to show results, it seems.