The BT-MDRA Best B-schools Survey, the No. 1 ranking of its kind in the country, has undergone a radical makeover. This year, we have ranked institutes based only on objective data - data that they have submitted to us on the basis of a long and exhaustive questionnaire. We decided to do away with the perception and experiential rankings, because they introduce an element of perception and understanding based on external knowledge, which may not necessarily reflect the dynamic changes the colleges go through year after year. The objective data, on the other hand, brings to the fore the true picture of this changing reality.

As such, the rankings of this year cannot be compared with last year's rankings because the fundamental approach has changed. But while we have a new approach and methodology, we have continued our partnership - for the fourth year running - with knowledge partner MDRA (Marketing & Development Research Associates). The new, stringent ranking methodology is uniquely designed to establish the ranking as the most credible and most exhaustive, covering every aspect of management education.

ADesk review and Expert opinion: An extensive desk review of MDRA's database and secondary research was conducted to select B-schools that were:

BDetermination of weights: Looking at the changing scenario of the MBA education in India, weights of parameters had to be modified as some new attributes and sub-parameters were introduced keeping in view new trends. The broad weights can be seen in the chart on the previous page. 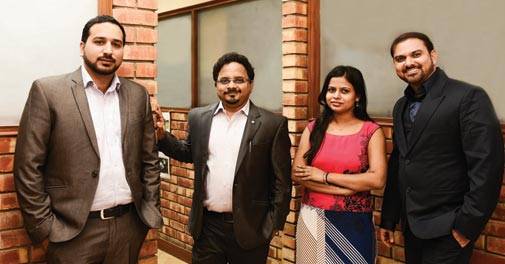 During the objective survey, we ensured that all institutes are fully aware that there is no fee/ charge for participation in this ranking. As an expression of faith in the fairness of ranking conducted by MDRA, as many as 268 colleges fulfilling the eligibility criteria submitted their objective data within the stipulated deadline. Out of this, one withdrew participation at a later stage and, hence, 267 institutes were considered for evaluation and ranking.

Back-check of the objective data: After receiving the objective data from institutes, they were cross-checked meticulously through available information and validation (past data, mandatory disclosures, telephonic checks, clarifications through emails, website visits, etc.).

B-School Physical Audits (Verification): To further verify authenticity of the data submitted, MDRA researchers visited 72 B-schools across the country. During the past four years, MDRA's research team has visited 300 campuses to verify data/ information provided by participating institutes. The responses on important questions in the questionnaire have been checked very carefully. The team of MDRA researchers/invigilators has corroborated the data with the original documents. The irregularities that were brought to the notice during the physical audits were removed and/or corrected in the final objective data.

Assignment of Ranking: Like last year, MDRA has collected and evaluated B-schools on the basis of current year data to give stakeholders more realistic, updated and accurate information about B-schools. As mentioned earlier, the rankings have been assigned based only on the objective data provided by B-schools. Under it, marks on each sub-parameter were calculated using the revised weightages. Thus, marks for every sub parameter were arrived at and were then added to get marks for respective parameters.

Are the new IIMs as good as the old ones?