The fourth edition of BT MindRush was a spectacular success, brainstorming challenges before corporate India, felicitating the best CEOs, and much, much more.
By Team BT | Print Edition: January 15, 2017 All roads led to New Delhi's Taj Mansingh hotel on December 17 for Business Todays annual brainstorming event, the BT MindRush. A virtual whos who made it a point to be a part of the conclave. What followed was an animated discussion on a host of burning issues before the world of business. 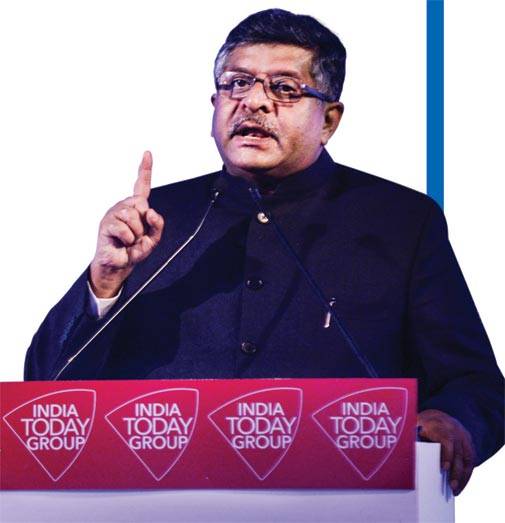 Ravi Shankar Prasad Minister of Law & Justice, Electronics and IT

The day began with a bang. Renowned cardiac surgeon Dr. Naresh Trehan, Chairman and Managing Director of Medanta, took the stage for the morning lecture at the 'Wakeup Call' session. Trehan asserted that discipline and control over the quantum and frequency of your food intake can make a world of difference to your health, helping you combat deadly diseases like diabetes. "If you have knowledge of your body, you can add ten physically-strong years to your life," he said. 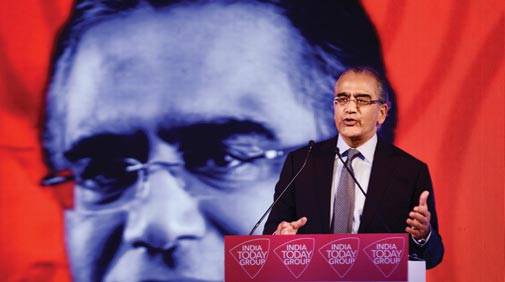 In a stimulating session, Amitabh Kant, CEO of Niti Aayog argued that for India to become a $10-trillion economy and grow at 9-10 per cent, it was imperative for the government to take some bold steps like demonetisation.

It'll help the country move towards a cash-less digital economy. "India is a nation and a nation must have a long-term view," he said. 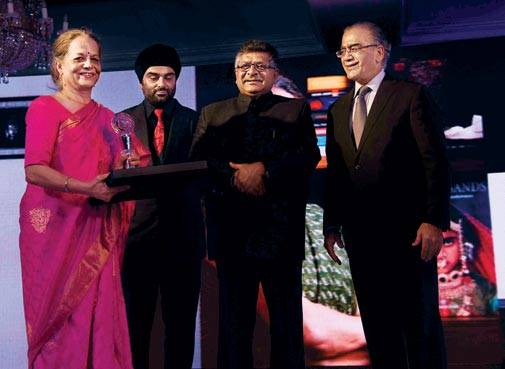 And then came the Marquee Keynote address by Jimmy Wales, Wikipedia founder and Internet entrepreneur. Speaking on 'Why Positive Deviance Works', Wales declared that despite the increasing incidence of fake news sites across the world, Wikipedia has not been impacted. Reminding the audience about the 'bigger motive' of Wikipedia, he said, "Imagine a world in which every single person on the planet is given free access to the sum of all human knowledge." "You need one mindset - a learning mindset," he told the packed house. After the lunch break it was the turn of Acharya Balkrishna, MD, Patanjali Ayurved to wield the mike on "The story of a Market Disruptor". Balkrishna explained the thinking behind Patanjali. "Our business mantra is: Solve the problems of people, and they will reward you with success," he said. 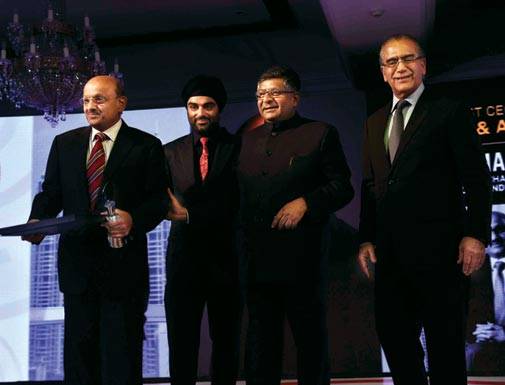 In a panel discussion that followed, four Dalal Street veterans gave their wisdom on "How to survive stock market in 2017".

Also read:Betting on the Consumer The evening was reserved for the Best CEO awards. In his welcome address, Prosenjit Datta, Editor of Business Today, pointed out that "disruption is the new normal in business but many see it as an opportunity not merely as a threat." Speaking on "Disruption and the Future of the Automobile Industry", Venu Srinivasan, CMD of India's third largest two wheeler company, TVS Motors, said that disruption in the automotive industry over the next decade will outpace the developments of the past century. C. P. Gurnani, CEO & MD of Tech Mahindra, said that the workplace of tomorrow can be anywhere in the world. Deepak Kapoor, Chairman of PwC India, who partnered BT on the Best CEO study, pointed out that while "CEOs are confident about the future they realise they have to be transform and stay relevant to the market.". In his vote of thanks, Aroon Purie, Chairman and Editor-in-Chief of the India Today Group, explained why "Positive Deviance" was being debated at MindRush this year. "We have seen businesses increasingly depend on people with ideas that are outlandish enough to succeed against all odds," he pointed out. The august gathering watching the event in rapt attention

Electronics & IT Minister, Ravi Shankar Prasad, who also heads the Law & Justice ministries, was the Chief Guest at BT MindRush 2016 and gave away the prestigious Best CEO awards. In his address, the minister said, the government is setting the agenda for transformative reforms. "Narendra Modi has not become PM for the sake of cutting ribbons. He has got this massive mandate to transform India," he emphasised.mosimage

The curtain came down on the show with the winners being felicitated. Wave was the presenting sponsor; Sathyabama University, the CSR partner; Havas Media Group was the communication partner and Hidesign, the Bespoke Gift Partner.