Working with the government is a mixed bag of opportunities and challenges for IT companies despite the Digital India initiatives.
Sonal Khetarpal | Print Edition: April 8, 2018 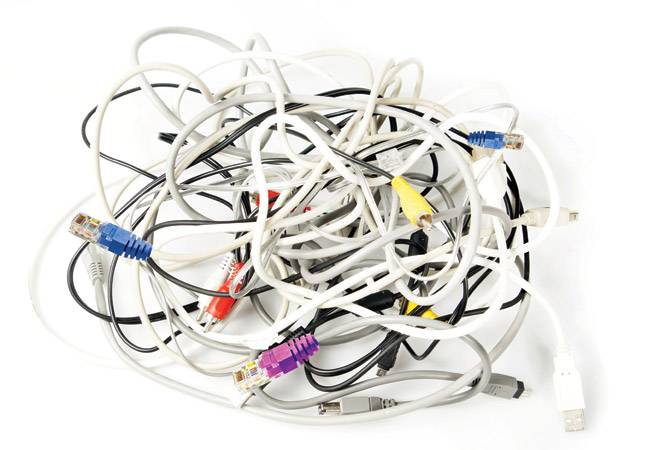 Untangling the Wires The IT industry expects the government to make it easier to do business with the public sector. Its wish list.

"We had to deliver mobile phones for a certain government project. But the tender process took 9-12 months. When we placed the order, a newer version of the model was available and we bought it. My money is now held up because the government says I gave a different product."

"We had to train government employees to use the solution deployed in their department. But they were not available. Sometimes they were on leave or in some meetings. Consequently, milestones couldn't be met and payments were stuck."

Over the years, opportunities in the public sector have been a mixed blessing for the Indian IT industry. Its reflected in the examples above of IT system integrators who have worked with the Indian government. The sheer scale and magnitude of such projects make it worthwhile for the industry. Its not all about money - the experience of handling large government contracts raises the profile of an IT company and helps it in winning contracts elsewhere. Yet, Indian IT companies are wary of taking a sizeable exposure to the public sector given the inordinate delays in project execution and payments.

Today, there are compelling reasons for Indian IT companies to raise their limited exposure to the government. "Companies are once again moving towards the public sector business in India because they have been hit by the slowdown in the US and Brexit in the UK. Besides, government is seen as the only sector that is recession-proof," says Srinivasan R., an independent IT consultant. The Indian government has emerged as one of the biggest spenders on IT products and services in its efforts to reach out to the masses. IT spending of the Indian government sector will reach $8.5 billion in 2018, an 8.9 per cent rise over 2017, according to projections by Gartner. 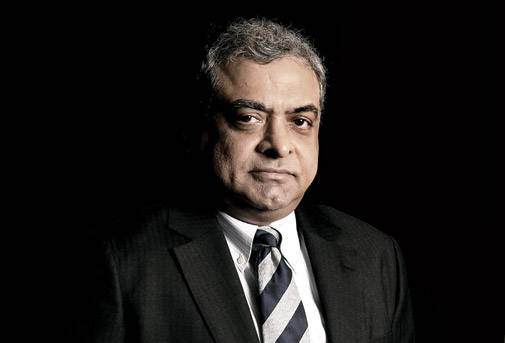 Indian IT giants have increasingly shown a willingness to take up large government contracts. Despite the delays in the launch of the Goods and Services Tax (GST), IT services giant Infosys still signed up for the government contract - a hefty Rs 1,380 crore project in 2015 - to build the network software. HCL Infosystems was the chosen vendor for the audacious Unique Identification Authority of India project in 2012, a Rs 2, 200 crore contract.

A problem for the industry is that government officials often don't take ownership of projects. "If there is any difference from what is written in the contract it will get rejected outright. There is a mistrust that everything is twisted," says a senior executive of an IT firm. Most bureaucrats are worried about their decisions coming under scrutiny later and it impedes speedy decision making. "They are either scared or they expect some grease money," adds the executive.

E-governance professional Venkat Patnaik points out that in a federal system centre-state rivalry is an issue. He cites the example of a project in Orissa which got stuck because both the centre and state bureaucrats wanted to prevent each other from taking the credit.

A former director at Oracle, who has also worked at Infosys and IBM, says that his experience with the UAE and Singapore governments was strikingly different. Key executives in these countries take personal interest and ownership of projects. "During the lifecycle of delivery they proactively give directions, unlike in India," he says. What makes government projects complex in India is not the technical aspects but the task of building consensus among multiple stakeholders. "It is very difficult to get them to agree."

Indeed, the results are different when officers are empowered. Patnaik says that the state governments of Tamil Nadu, Karnataka, Jharkhand and Uttarakhand are more efficient as officers there take initiative to get work done. The Delhi Metro is an instance when the government has run projects like an entrepreneur. E. Sreedharan took full responsibility and finished the project on time. While IT companies are increasingly eyeing government projects, they are cautious and are carefully evaluating the terms and conditions, says Sangeeta Gupta, Senior Vice President, Nasscom. The government too is keen to allay the apprehensions of the industry and streamline the entire process.

IT giants including TCS, NIIT Tech, Wipro, Hewlett Packard Enterprise (HPE), TechMahindra and IBM, have worked with the Indian government on game changing projects but they have also raised concerns about the procurement process with industry body Nasscom. Gupta of Nasscom says that technology can't be bought under conditions such as unified codes or giving projects to the lowest cost bidder once technical specifications are met because this process doesn't give a significant weightage to innovation.

An issue is that government contracts are drafted by experts who are rarely accountable for the programme and focus on plugging all kinds of shortcomings and financial leakages in the agreement. Due to this, many provisions are left ambiguous, making it difficult for the service provider. The vendor mostly has to fall in line in the event of a dispute since the only other remedy is years of negotiations, arbitration and litigation. "One of the biggest problems of public procurement is the expectation that contractors should have restricted or no profits. A business should be able to make money. Why be ashamed of it?" says Premkumar Seshadri, Chairman, CII National Committee on IT & ITeS.

The tender requirements can be exclusionist too. The procurement policy has a pre-specified criteria of minimum turnover, revenue, employee, size, etc. that prevent small and mid-size companies from participating. In 2016, the government had directed all PSUs, central government ministries and departments to procure at least 20 per cent of products and services from MSMEs. However, the changes in the procurement process - while notified in the model Request For Proposal (RFP) policy - have yet to be implemented, says Gupta. Nasscom has already shared feedback on the model RFPs with the government and implementation of these issues will enable the industry to actively participate in the digitisation initiatives of the government, she says.

There are several restrictive practices and little transparency in the procurement process, breeding inefficiency and corruption, says S. Suresh Kumar, Additional CEO, Government eMarketplace, Department of Commerce. "As a result, the government is not getting the right product at the right price," he says.

The government is now working towards making the procurement process seamless. It has started the Government eMarketplace (GeM) initiative, an online portal offering a complete solution for procurement by government agencies. The exercise is now contactless (between buyer and seller), cashless and paperless, adds Kumar.

Often, government officials don't have the technical know-how and understanding of the project scope, leading to problems and delays in software acceptance. This sends the project cost spiraling upwards, says Srinivasan R.

This hurdle can be avoided by giving a proper brief in the first phase itself and issuing timely directives to facilitate project implementation. For instance, when TCS was in the initial phase of the Ministry of Corporate Affairs (MCA) automation, the Companies Act itself was undergoing changes and until coders had the new laws, digitising the processes properly was a challenge.

Similarly, the Aadhaar project was launched in 2011 as a voluntary identification initiative but its scope was expanded manifold and it soon became the basic source of identification for all Indians. As the project scope changes, so does the project cost. But a vendor is hardly ever compensated for such changes, says a senior e-governance expert who has worked on several government IT projects. In fact, if something doesn't go well, the contractor has to comply with the government directives to avoid protracted litigation and, importantly, prevent bank guarantees from getting encashed. Almost 100 per cent of government projects are backed with bank guarantees by the contractor.

Srinivasan suggests that like in the US, where every government department has an IT arm, the Indian Government should work to have its own internal Chief Information Officer (CIO) network. The benefits of this model are evident. For example, to execute the Aadhaar project, the government got technology experts from the private sector, including some of the best of minds from Silicon Valley. As a result, irrespective of the issues that came up, it was able to implement the world's largest biometric ID system successfully.

Prakash Kumar, CEO of Goods and Services Tax Network, says that for certain government projects, the National Informatics Centre hires people directly from the market to work on a project. "It is a better way to execute but then you need people in the government to manage the projects. Government departments don't have people with IT cadre." Sanjeev Gupta, President & CEO, National e-Governance Division, Ministry of Electronics & IT, has a different view. "Some years ago projects were always outsourced but now it is not correct to say that," he says. He has worked on over 125 e-governance services projects and most were done inhouse. He cites the instance of mKisan, one of government's mobile governance projects with 2.5 crore people registered, which was done in 3.5 months with five programmers only. "Private players were saying they would need 2.5 years and quoted 20 times more for the project than what I spent inhouse," says Gupta.

The problem of payments is linked to the issues of procurement and contracting, says Seshadri. Many of the IT service providers are publicly listed companies and they shy away from government projects because payments are often not adequate and timely, impacting overall profitability and stock market performance. An executive with a system integrator (SI) that has worked on key government digital initiatives revealed several instances when products have been delivered but installation sites were not ready leading to payments getting delayed without any fault of the contractor. "The needless delay led to the entire warranty period being lost which impacts the contract margins." A senior industry executive, who didn't want to be named, estimates that almost 80 per cent of the receivables of Indian IT businesses can be attributed to government contracts. The problem is all activities happen in serial order when they should happen in parallel in digitisation projects, adds Patnaik.

Another system integrator (SI) revealed to Business Today that the government was supposed to test the product they delivered over two to three months but the entire exercise took two years which increased the project cost considerably. This is because once the government makes an order, all the resources have to be maintained for the entire period even in case of delays. As a solution, it has become a standard practice for SIs to include the risk contingency cost in the tenders because they do foresee delays. However, he says, its not the right strategy and commitments should be met by both the parties. There should be a level playing field when penalty has to be accrued for delays, he adds (companies generally don't get any interest on payments whatever the delay).

The government seems to be listening to the voices from the industry. For GST, Prakash Kumar, CEO of GSTN, says that they acknowledged the industry feedback on payment related issues and did several industry roundtables with Nasscom to sort them out. One major concern, he says, was that payments were made at the end of government projects. It was then that milestones were identified within the GST project and payments staggered accordingly.

All said and done, for IT companies the public sector presents an opportunity like never before with the centre and state governments keen on easing the bottlenecks and ensuring speedy execution of projects.