Bandhan Bank has grown its business in microlending and now plans to use its customer reach to broad-base its credit portfolio
E. Kumar Sharma | Print Edition: March 22, 2020 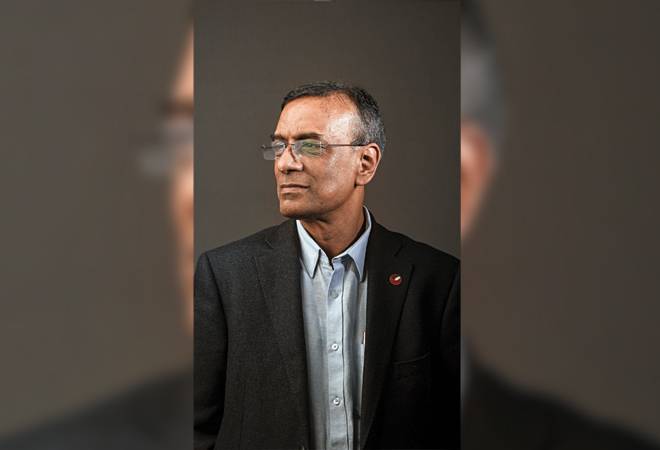 In the five years since Bandhan turned into a full-fledged bank in August 2015, Chandra Shekhar Ghosh, who founded the microfinance organisation in 2001, has kept up its growth momentum. Bandhan Bank, which has been selected as the Best Small Bank, is a story of business growth. When Ghosh began in 2001, the microfinance institution (MFI) would dish out small loans of Rs 1,000-3,000 to economically weaker sections in Kolkata's suburban Konnagar town and the nearby Bagnan area. In less than a decade, by 2010, Bandhan had emerged as the largest MFI in the country. As a bank, too, the pace continued.

In the 2019 December quarter, it added 0.73 million customers, taking its total customer base to 19 million (with micro banking share at 14.56 million). In the same quarter, the bank's loan portfolio (on-book and off-book) grew 83.9 per cent year-on-year (y-o-y) with composition of advances at 61 per cent from microfinance and 29 per cent from non-microfinance. The share of microfinance was higher at 87 per cent in December 2018.

The bank's deposits during the quarter also saw healthy growth - 58.5 per cent y-o-y. At the same time, its net non-performing assets (NPA) stood at 0.81 per cent (after an additional provisioning of Rs 200 crore). The share of retail deposits in total deposits was a high 76.2 per cent. But what stands out is that the bank has grown its business to Rs1.2 lakh crore in less than five years. For the quarter, its CASA (current and savings account) ratio, the low-cost deposit it is able to raise as a bank, grew 31.36 per cent y-o-y; as a percentage of total deposits, it stood at 34.31 per cent. Though it is lower than some of the biggest banks, it is arguably a decent number for a new bank.

The bank increased its presence in central India to 17 per cent as of December 2019, up from 15 per cent in December 2018. In western India, it is up to 10 per cent from 8 per cent for the same period. Ghosh says three factors have spurred its growth. One is growth in deposits and advances; two, the acquisition of GRUH Finance, a housing finance company, in January 2019. "Within nine months, complete merger happened with all regulatory approvals. Therefore, it stands out as the shortest time taken to merge this type of an institution," he says. The third factor is that it witnessed the fastest deposit growth in Central India, followed by North, South, West and East. "The growth driver has been the focus on retail deposits," adds Ghosh.

The bank made an additional provisioning of Rs 200 crore in the third quarter of FY20 for upper Assam. "This is not an exceptional thing. Microcredit has always had this type of a challenge, with political leaders committing relief to loan borrowers with loan waiver post-election. The situation is improving gradually and things should improve in three to four months," says Ghosh. "We have made provisioning of Rs 200 crore. Total exposure to Assam is Rs 6,500 crore. Of this, about Rs 1,000 crore would be the exposure in Upper Assam," he states, adding that more provisioning is not needed.

"Repayment is happening and collections are gradually improving." Some, however, argue that despite being a full-fledged bank, it is acting as an MFI without being bound by the rules that apply to them. For instance, MFIs cannot lend to anyone who has already borrowed from two other such institutions. There is also a limit on the amount of loan they can extend per borrower. Some MFIs say Bandhan is taking away their clients? "I do not know why they are unhappy. I can only say that I am not an MFI. I am a bank and my credit analysis process is very stringent. But then we do have our own three-lender policy - if a borrower has two loans, he or she could get a third one from Bandhan Bank, but if that person already has three lenders, I will not lend to him. Also, we have set a limit of Rs 1,50,000 (loan) for micro-borrowers. We are also practising the policy of one loan-one customer: until a loan closes, we do not go on to the next one. Here, the average ticket size is around Rs 39,000."

In an apparent bid to convey his deep connect with his borrowers, Ghosh says: "I am actually learning from my customer. The product is designed accordingly. In terms of customer profile, 52 per cent of our customers in microcredit have been with us for four to 19 years and we know their lifecycle." Their micro loan lending rate of 17.95 per cent is the lowest in the industry for micro-credit borrowers, he adds.

Another point of notice is Bandhan Bank's net interest margin (NIM). For the bank, NIMs are at 7.91 per cent. Typically, for MFIs, this is around 10 per cent because of their high cost of operations, and generally not more than 4 per cent for the best performing private sector banks. "There are two sides to this. If you lower the lending rate a lot, then there is a risk of the borrower misusing the money. Instead, I can use it to invest in improving the quality of service, development of staff and as a reserve for future," explains Ghosh.

Bandhan Bank began with 501 branches and today has a network of 1,010 branches in addition to 3,084 doorstep service centres to cater to micro-banking customers. M.S. Sriram, Professor at the Indian Institute of Management Bangalore, with expertise in financial inclusion and microfinance, says Bandhan Bank's financial performance and growth has been rapid.

"Seen from the prism of financial performance, there is no denying that Bandhan Bank has come a long way and scaled up quite rapidly while retaining its focus on micro-lending," he says. Given the various sectors that the bank functions in, there could be a higher degree of inter-connectedness in the future. "I will be curious to see whether it will redefine inclusion in multiple domains like tiny enterprises, MSMEs, small traders and others, and how it intends to build its presence in housing following the acquisition of GRUH Finance and whether it will be towards affordable housing or to expand its footprint in non-metros."

Ghosh says that in two to three years, some borrowers are likely to migrate to MSME loans. The bank also intends to leverage GRUH Finance to build its presence in the affordable housing sector. "Today, microcredit is 61 per cent. In the next three years, we hope to get to 50:50 between micro and non-micro," says Ghosh.

Chandra Shekhar Ghosh founded Bandhan in 2001 as a not-for-profit micro-lending institution, giving loans of as low as Rs 1,000 to the economically weaker sections in Kolkata's suburban Konnagar town and the nearby Bagnan area. By 2010, Bandhan had emerged as the largest microfinance institution in the country. As a bank, it added 0.73 million customers in the December quarter of FY20, taking its customer base to 19 million. It has a majority of micro banking customers - 14.56 million. The share of non-micro banking is 4.17 million

RBL Bank, which saw a massive transformation in the last decade from the erstwhile Ratnakar Bank, has emerged as a growth winner in the BT-KPMG Best Banks Study. The private sector bank has been growing its deposits and advances at a compounded rate of over 30 per cent for the past three years. Its operating profits have grown at a much higher compounded rate of 50 per cent in the last three years. There is similar growth in fee income.

The credit goes to Vishwavir Ahuja, MD and CEO of the bank, who has been initiating changes since 2010. The bank, which has a strong presence in semi-urban and rural areas and has 32 per cent of its portfolio in retail assets, has been leveraging technology and digitisation tools to service customers. Recently, it came under asset quality pressure, but the bank has a comfortable capital adequacy ratio of 16.08 per cent. It has completed a fund raising round of close to Rs 3,000 crore, which will be sufficient to take care of growth in the next three years.

Jindal Steel, Hindalco stocks plunge up to 5% on rise in coronavirus cases

Rupee vs Dollar: Rupee opens higher, gains 33 paise to 72.43 per US dollar