Let in the light

Red-faced over the 2G scam, the underproduction of gas from the KG Basin reported by Reliance Industries, and botched allocations to private parties of other natural resources such as land, the United Progressive Alliance government set up a committee in February, for policy recommendations on these issues. Finance Minister Pranab Mukherjee said in his Budget 2011 speech that the panel would focus on setting criteria for the pricing and allocation of natural resources. At present, the Centre takes these decisions, which makes resources - and thus economic growth - vulnerable to the politician-businessman nexus. Former Telecom Minister A. Raja's alleged favouring of some applicants for 2G licences, and the infiltration of Karnataka's Bharatiya Janata Party government by the Reddy brothers, are examples of this. The panel, headed by retired Finance Secretary Ashok Chawla, favours a move towards market-linked solutions. Key recommendations:

Spectrum
Spectrum should be allocated to companies only through market-related processes such as auctions. Allocation should be unbundled from the issuing of licences, so that companies can trade spectrum. Spectrum meant for strategic defence use should be identified, and the rest put in the public domain for commercial use. There should be a clear road map that indicates what type of spectrum, and how much, will be up for grabs at various points in time. This will help companies to plan better the quantity and price of their bids in auctions, and prevent hoarding and unrealistic premiums. A non-government regulator should oversee the process. This could be the Telecom Regulatory Authority of India, if there is some way to guarantee that it is not functioning at the behest of Sanchar Bhawan. 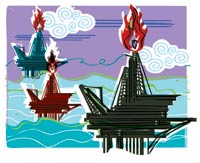 Petroleum
The New Exploration Licensing Policy should remain the gold standard, as it has stood the test of time, but all blocks must be identified, and a national registry created to provide data on all blocks in the public domain. Then exploration can rise to the next level through an open acreage licensing policy, by which companies can bid for any blocks they like, rather than the government cherry-picking blocks for auction. This will draw the best names in the business to the auctions. Gas
The administrative regime that currently determines who gets how much gas, and at what price, should be reined in, as it causes inefficiencies in the system. Allocations in all sectors except fertilisers-and that, too, only for some more time- should stop, and this includes the power sector. Prices should be benchmarked to international levels through auctions. The use of coal should be encouraged, given the country's relatively abundant reserves. Gas should not be used to produce power after a certain declared deadline. Even till then, gas used for power generation should not be subsidised. If the government wants to make power affordable to a set of consumers, it should subsidise power consumption instead of picking up the bill on behalf of power producers and states by subsidising inputs such as gas. Coal
The Coal Mines (Nationalisation) Act, 1973, creates a legal hurdle in ending Coal India's monopoly, because it specifies that end-users must either have captive mines or buy from the public sector unit. E-auctions mostly end up forcing users to aggregate supplies from various sources. So independent mining companies should be allowed to supply to end-users. To avoid violation of the law, there should be a trading platform for coal, similar to Power Trading Corporation. Coal India can play this role until a regulator is created. 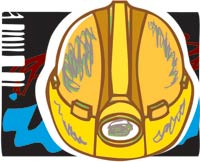 Mining
India should adopt the model used in Australia and South Africa, where "juniors" prospect for potential reserves and sell the data to commercial miners. Mines are allotted to data gatherers on a first come, first served basis.

Forests
The government should make public the details of all forest land graded as Go, No Go and Go Only If. The Ministry of Environment & Forests uses a net present value-based formula for the valuation of trees to determine penalties to project developers who cut them. But the valuations are insubstantial. The formula thus needs to be revised, and must factor in the value of the land. At present, companies pay only for the value of the trees they cut down.
TweetYoutube

How black money comes back to India via Mauritius