India is no longer shy about making big commitments on climate change, a sea change from its defensive stance on issues earlier. Recently, it hosted the International Solar Alliance (ISA), the first global treaty-based organisation to be based out of the country. It is also the global host of the World Environment Day on June 5 this year. Erik Solheim, Executive Director, UN Environment Programme and Under-Secretary-General, UN, talks to Raj Chengappa, Group Editorial Director, on environmental issues facing the world and the way forward. Edited excerpts:

RAJ CHENGAPPA: On climate change, the US is the elephant in the room with President Donald Trump pulling out from the 2015 Paris Climate Change Agreement. How seriously has it damaged the cause?

EriK Solheim: So far, it hasn't damaged the agreement at all. You may even argue to the contrary because it galvanised every other nation into immediate action. Remember Prime Minister Narendra Modi said the same day that it will be a crime against future generations if you don't act on climate and if you don't act now. So did China. Even Saudi Arabia believes that its future lies in renewable forms of energy. Secondly, all major US companies, be it Microsoft, Apple, Google or Walmart, understand that the future is green. Business is, in fact, rapidly going green. So, the private sector in the US is on board, as are its individual states, whatever the US president may say.

If everyone is doing what they want to do, then why do we need the Paris Climate Change Agreement?

A: In my view, it is a kind of interplay between this global agreement and political & economic forces of the world which brings us where we need to go. The agreement gives us some confidence, gives us some instruments we need and engages the main forces in countries - the commitments made by political leaders and by businesses.

What progress have we made since the 1992 Earth Summit?

A: I would describe it like this. The train is moving in the right direction but it is moving too slowly. It has started to move from coal to solar. It is on its way but we need to speed it up. Governments can speed it up, businessmen can speed it up. This is also the year we have seen big shifts. China is closing down coal mines and India is moving rapidly towards solar energy. We want to speed up action and make it broader and faster.

President Trump has already intervened in terms of industry. He raised tariffs on import of solar technology by 30 per cent, making it much more expensive for the US and other countries to install these. What happens now?

A: More of the jobs will go to China and India. Indians will have five times more jobs in solar than coal. We have seen all over the world that those who reject such agreements are losers. I will give you an example. A decade or so ago, we all had Nokia phones and Nokia was the biggest phone company in the world. But they didn't believe in smartphones and in a short time went from the biggest digital company in the world to the tenth biggest, because it was overtaken by Samsung, Apple and others.

Kodak has become a history museum because the company didn't believe in digital photos. If you resist, you are the losers.

The outcome of the Paris Agreement also depended on finance and technology. Technology is the most critical aspect of it. In terms of disseminating clean technology, particularly for developing countries, are you seeing a change in attitude?

A: We believe in trade because we believe that trade gives the best and most efficient solution and is beneficial for the environment. Overall, we need to do our utmost to spread technology and make technology available at the cheapest price, extend private sector cooperation, have more companies from different parts of the world work together. Take the electrical vehicle industry. Obviously India needs to have ambition. Tata, Mahindra, and may be others, can be the key actors in the electrical vehicle industry. So, India is not just importing Chinese and Japanese vehicles but setting up that vision, moving in that direction, getting the jobs here and tapping into the best technology. That is how technology extends most effectively.

Why isn't the UNEP spending green funds to put together the best brains in the world and say, look this is the crisis we need to sort out and what is the best technology we can evolve?

A: That is a very good question. The green fund is contributed by member states and decisions are taken at a political level. It is not as effective as it should be, in my view, in linking the private sector. Big money is in the private sector. Even if we get green funds fully financed, at $10 billion, it is peanuts compared to the trillions which are in the private sector that are driving green technology. We have set up a partnership as an example with BNP Paribas, which is the biggest bank in Europe. They have offered $10 billion for investment in transformation, agriculture, ecological and other climate friendly initiatives in India and Indonesia. We are starting up in Andhra Pradesh and the idea is to turn six million farmers to natural farming.

If you look at the Paris Climate Change Agreement, the responsibility has been dissipated with regard to countries which were the cause of what is known as historical pollution. Don't they have a responsibility to take more action than others?

A: I fully agree with this point. It is a historic responsibility which is mainly with Western Europe and North America because these areas developed very fast and contributed to the vast majority of greenhouse gases. These nations have accepted that in principle and have also promised to make money available to the least developed countries. Some of them have been delivering. Developed nations should give the funds they had promised. But the main driving force now is really big developing nations like China and India. They don't do climate mitigation for someone else, they do it for themselves. For instance, the drop in prices of solar power is thanks to the enormous marketing in China and India. 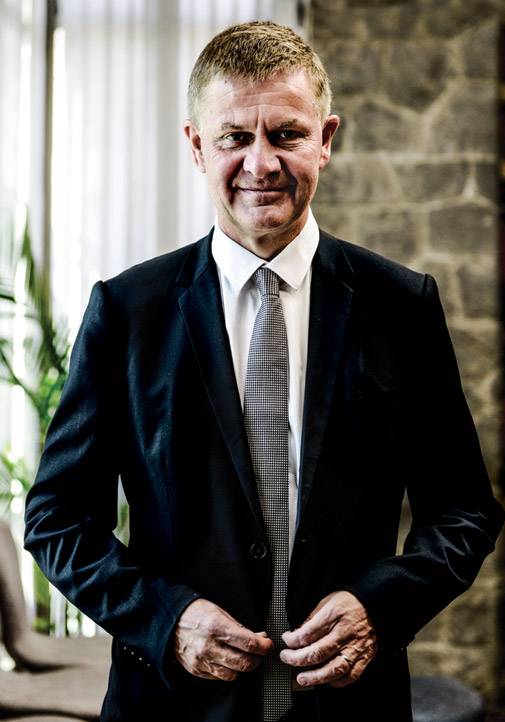 How do you see India's progress with regard to climate change?

A: I am a great admirer of Prime Minister Modi for a number of reasons. He has completely transformed the debate in India. He brought the International Solar Alliance together. We know it will get jobs and economic development. Modi is speaking to the people of India about clean India, clean development, clean jobs, solar industry that people understand. That is the right attitude.

Is the Solar Alliance making progress?

A: It is a very good idea. The key to make it even more successful is to focus on finance because technology is there. Prices of solar power are coming down very fast. What we need to do is basically bring in private sector finances and find the guarantees. It is not about technology but political risk. Companies are not sure if the next president will honour what the present president does. This risk must be mitigated. You need to have appropriate financial arrangements - that is key to success.

The atomic clock moved after President Trump ordered refurbishing of US nuclear weapons. How far has the climate clock moved towards midnight or the disaster point in the last couple of years?

A: It is fast moving in the wrong direction when it comes to climate change. But I remain optimistic because I believe in the enormous ability to change. We have faced so many challenges in the past and we have come out winning. You want an example - it is right here. Mahatma Gandhi faced the biggest empire of the world and came out the winner.