Hidden-camera videos of the country's three leading private banks' officials allegedly advising customers on money-laundering recently kicked up a storm. Heads have started to roll at the junior levels in these banks - ICICI, HDFC and Axis. But punishing wrongdoers is unlikely to stem the irregularities. A commenter on Cobrapost.com, the Delhi-based website which conducted the sting, hit the nail on the head. He said the problem was not just these three banks - it was that the entire system was riddled with loopholes. "It's a good opportunity for the regulators to plug these loopholes," he wrote.

He pointed to the multiplicity of acceptable identity documents - for instance, the PAN (permanent account number) card, passport and Aadhaar unique identification (UID) number - and the fact that none of them are interlinked. "It's a real pity for a country which produces some of the best IT talents in the world," he added. Contrast India with the United States, where social security numbers are in place since 1935.

There are numerous problems at multiple levels - the industry regulator, the government, and the banks themselves. At the level of the bank, the core issue is the approach to banking, as banks are caught up in an aggressive sales culture. The ones named in Cobrapost's allegations have said they do business ethically. However, all three declined to speak to Business Today until they had investigated the matter fully.

At the level of the regulator - the Reserve Bank of India (RBI) - there is an urgent need to improve the frequency and quality of inspection. More importantly, there is a need to overhaul Know Your Customer (KYC) norms for financial intermediaries such as banks, non-banking financial companies (NBFCs), insurers and mutual funds.

And at the government level, there is a need to speed up Aadhaar - the national unique identification (UID) number project - as it would eliminate the multiplicity of documents.

The central bank's KYC guidelines require banks to collect three documents - photographs, identity proof, and address proof - from customers before they can open an account or get a locker. If a customer has no UID number, the bank has no option but to accept documents such as voter ID, electricity bill, passport, or PAN card.

"The root cause of many of the problems today is the multiplicity of enforcement agencies, array of regulations and variety of documents for the identification of a single person," says Pavan Kumar Vijay, Managing Director of Corporate Professional Group, a corporate advisory firm.

The Cobrapost videos show bankers asking for easily available KYC documents, and, in some cases, even advising customers not to submit a PAN card so they can stay off the tax radar. Bankers say some customers get away with submitting a lease agreement and rent receipts as address proof. "These are the most suspect cases, where the bank should do a ground check or periodically re-check whether the customer still has the same residence or job," says the chairman of a public sector bank.

Some banks accept a company ID card as proof of identity, and a letter from an employer as residence proof. That is in line with RBI guidelines, but banks are also required to update the customer data from time to time. But many bankers say these checks get short shrift, as the bank is focused on attracting new customers.

"The problem is not with the KYC, but its implementation," says M.D. Mallya, who recently retired as Chairman of the state-owned Bank of Baroda. He may be right, as the genuineness of even crucial government-issued documents is not always above quest ion.

According to the Comptroller and Auditor General (CAG), there were close to 96 million PAN cards as of March 2010, but only 34 million tax returns were filed.

The PAN card is one of the most abused documents. The CAG noted in 2010/11 that big tax evaders spread out their money by opening multiple bank accounts with fake PAN cards. Tackling PAN card fraud is not enough, though. The Income Tax Act allows those who claim not to have a PAN card to fill out Form 60 and say they have no taxable income, or Form 61 to say their income is from agriculture. A Cobrapost video shows a banker allegedly advising an undercover re-porter to fill out Form 60 to avoid detection by tax authorities.

So just by filing Form 60 and without submitting a PAN card, a tax evader can deposit cash of over Rs 50,000 in a bank or post office, no questions asked. According to banking industry sources, the RBI and the finance ministry are investigating cases in which banks have not reported transactions backed by Form 60 or 61 to the government's Financial Intelligence Unit (FIU). 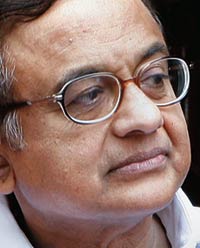 Finance Minister P. Chidambaram
Eventually, Aadhaar will resolve the KYC issue. But until that happens, some argue, it is impossible to require just one or a few documents as acceptable proof of identity and residence. "There is the issue of financial inclusion, or people having different sets of documents," says a banker from one of three banks named by Cobrapost. He adds that some people genuinely do not have taxable income, many do not have a passport, and for some, the only address proof is an employer's letter.

"Banking is a serious business where service, compliance and safety are core elements," says A.K. Khandelwal, former Bank of Baroda chairman and author of the book Dare to Lead. But private banks have a strong culture of cross-selling their subsidiaries' products, and increasing the number of savings and cur rent account deposits.

"Nurturing an ethics-based corporate culture, with provisions to claw back performance-based incentives... can help correct the current approach of mobilising fresh business by any means," adds Khandelwal.

The Cobrapost expose shows bankers allegedly marketing insurance products to convert black money into white. Insurance products are profitable, because the bank earns a high first-year commission on the premium. The bank manager could benefit, too: many banks and insurers offer rewards for high sales, such as foreign junkets.

Insurance products are easy to sell. The bank's KYC requirements are sufficient proof for investing any amount in an insurance scheme. A PAN card is not necessary, even though some single-premium policy amounts are as high as Rs 30 lakh. Many banks sell policies that mature after seven years. At that point, nobody can question the source of the money, because income-tax laws do not require banks to keep records for more than seven years. 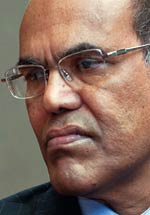 RBI Governor D. Subbarao
Cobrapost has also alleged that the three banks have been laundering money. Money-laundering means the transfer of money from illegal sources - drugs and arms trafficking, terrorism, extortion and theft - into the financial system through fictitious bank accounts and hawala transactions. Cobrapost alleges that the banks suggested opening accounts in the name of the applicant's spouse, cousin, or friend, which is not money-laundering in the strict sense.

By law, bank employees have the authority to ask a customer for details of transactions that are not consistent with the customer's profile. The onus is on the bank to ensure that the account is not being used to launder money. Insurance companies, too, are required to report cash transactions of over Rs 10 lakh a month to the FIU.

Following Cobrapost's allegations, the RBI and the Insurance Regulatory Development Authority are investigating KYC violations and the background of customers who have put large sums into singlepremium insurance plans. ICICI Bank's life insurance arm has launched a probe, too.

Some in the industry say the FIU is seeking details of policy holders with high-value single-premium policies. The RBI, too, is investigating high-value transactions. "If there is a series of cash transactions valued at Rs 10 lakh or more in a month, they need to be reported under AML," says a public-sector banker on condition of anonymity. AML refers to anti-money laundering rules.

Banks are required to report demand drafts, mail transfers and travellers' cheques worth Rs 50,000 and more to the RBI. A source in the central bank says: "The investigation will also look at the extent of complacency shown by the top management of these banks."

Some bankers argue that it would be unfair to blame the top management of the three private banks that Cobrapost has named - the country's largest in terms of market capitalisation. ICICI and HDFC have nearly 3,000 branches each, and Axis Bank has close to 2,000. The Cobrapost investigation covered some 50 branches. All three banks have comprehensive codes of conduct for employees. For example, ICICI Bank, with a balance sheet of Rs 5 lakh crore, has a detailed manual outlining due diligence for accepting a customer.

A day after Cobrapost published its investigation, ICICI and HDFC banks appointed audit firm Deloitte Touche Tohmatsu to carry out an independent forensic enquiry in addition to their own internal investigations into Cobrapost's allegations. The stock market has reacted, too: the banks' stocks have fallen more than the BSE Sensex.

"The RBI may also put the brakes on new branch licences to some banks," says Kashyap Jhaveri, analyst at Emkay Global Financial Services, in a recent report. An analyst who manages the money of foreign institutional investors says the probe could expand to other banks. A Goldman Sachs report notes: "These developments, if proven true, could potentially lead to slower growth across private banks' deposits and business."

The RBI's deadline for a scrutiny of the head office and branches of the three private banks is March 31. The central bank is also studying whether the banks' gold coins and wealth management products could be potential ways to stash black money. RBI Deputy Governor K.C. Chakrabarty has downplayed the expose, saying: "If we find there is a need to further tighten any guidelines, we will do that."

Some in the industry say that Finance Minister Chidambaram's estimate that 46,800 people have taxable income of over Rs 1 crore is baffling, considering the growth of banks' wealth management services and the portfolio management services of mutual funds and brokerages.

In addition to being the government's debt manager, the RBI manages the country's monetary policy, and supervise and regulate banks. "There is a strong case of hiving off the banking supervision from RBI," suggests a banker.

The number of bank branches in the country has grown to 80,000. The RBI has some 20,000 employees, of which one-third are maintenance and technical staff. Some bankers question, however, whether adding layers of people will improve the situation.

Former RBI governor Bimal Jalan says: "We should learn from the current experience and see how we can improve our ethical governance system in implementing the banking guidelines."

There is also the issue of black money - estimated at Rs 10-15 lakh crore - being generated in the first place. It is common knowledge that much of it is stashed in other countries. The Cobrapost sting has highlighted that banks, which are highly regulated, seem to be doing little to bring tax evaders to book at home. It is anyone's guess what goes on in more loosely regulated financial intermediaries such as co-operative banks, NBFCs and credit societies.
TweetYoutube
Tags: Money laundering | RBI | HDFC Bank | ICICI Bank | Axis Bank | UID