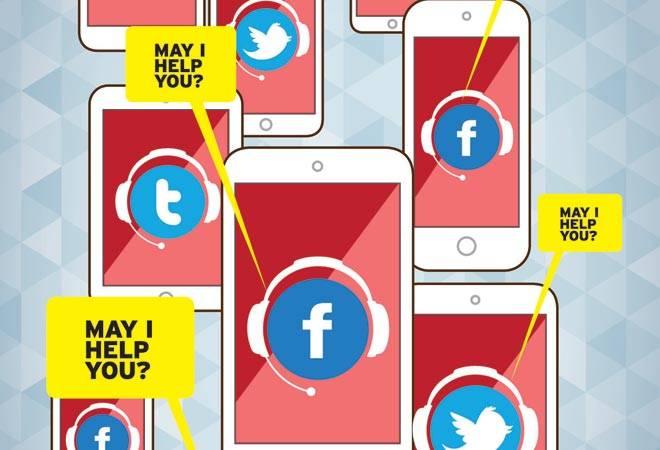 Two years ago, when his connecting flight from Turkey to Africa was delayed by three hours, Anadi Sharma, Senior Manager of social media at digital agency Razorfish, tweeted his anger at Turkish Airlines. As he boarded the plane, he was upgraded to business class - yes, the airline had read his rant on Twitter. This is a fine example of using social media to turn an aggrieved customer into a delighted one, in real time.

Customer feedback forms on company websites are passe; Facebook and Twitter have emerged as efficient ways for customers to interact with companies. Jet Airways has launched a feature for customers to check fares and flight status and even book tickets and check-in to their flights all through a single tweet. One member of the airline's social media team is present at the control centre to announce changes in flight timings on social media in real time, informs Belson Coutinho, VP-Marketing, E-commerce and Innovations.

Data from social media analytics firm Unmetric shows that Vodafone got 45,000 and Jet Airways got 10,000 mentions in tweets in the month of April this year. The analysis shows that Vodafone responds to 75 per cent of its tweets within 15 minutes of a user sending it; certain outlier tweets take up to 14 hours. Jet Airways is known to reply to 42 per cent of all user tweets within one hour, and the rest within 24 hours.

It can be tedious for companies to track comments about brands on social media manually. There are social listening tools such as Radian6 and Sysomos available that collate all brand mentions and help in tracking conversations. "The queries can be digitally forwarded to the team member best suited to provide the answer without having the need to manually copy, paste and e-mail," says Namrata Balwani, the Delhi head of customer engagement agency OgilvyOne Worldwide. What helps is that these tools also do a predictive analysis of conversations and notify in advance when there is a propensity for things to get blown up.

Recently, OYO Rooms won the Quest Customer Experience Award, organised by OneDirect and Twitter, for resolving 93 per cent of complaints and queries within 30 minutes. COO Abhinav Sinha informs that the company has divided the escalations on different levels based on their severity. Since a social media team mostly has junior members, this allows queries to be resolved by the right person.

For companies that get queries in high volumes, Balwani suggests having separate teams for customer service on social media and for other channels such as the company's website. Since people expect an instant answer on Facebook and Twitter, mentioning the average time taken to answer the queries on the brand pages is critical. Keeping standard answers ready for common queries is a good idea. Sharma suggests that queries be consolidated at the end of each month, so the answers are updated regularly. Team members can also do a quick check of the social profile of the person to get an idea of his/ her personality type and modify their answers accordingly. This is especially helpful because there is a swarm of people making a mountain out of a molehill to get an extra service from the company - whether it is a free meal at a restaurant or a flight upgrade.

Facebook has a feature wherein brands can hide unfavourable comments from their pages such that the comments are visible only to those who post them. Another way to resolve an issue is to take the discussion offline. It works best with people who are merely trying to be difficult and helps avoid a public spectacle.

Professional networking service LinkedIn is planning to introduce a new feature that would allow the network to publish content on its own platform instead of links that lead the user to the publisher's site, BuzzFeed News reported recently. The feature, quite similar to Facebooks Instant Articles, will allow a reader quick access to the content page and reduce the time taken for redirection and loading of a page. Lately, social networking sites have been bullish on content push, with many introducing features to make posting content easier for publishers. Apart from Facebook's Instant Articles, others such as Snapchat Discover, Apple News and Google's Accelerated Mobile Pages offer a similar feature.

Nearly 80 per cent of active Reddit threads with more than a thousand comments have mentions of 'Hitler' and 'Nazi', says a data scientist who goes by the pen name 'Curious Gnu', on his blog. The source of this revelation, the blog says, is the Reddit data set that is publicly available on Google BigQuery. The analyst found out that even after excluding History subreddits, a Reddit thread mentions Hitler or Nazi once at least. Once a thread hits 101 comments, there is roughly a 15 per cent chance of a Hitler mention. "Unsurprisingly, the probability of a Nazi reference increases as the threads get bigger. Nevertheless, I didn't expect that the probability would be over 70 per cent for a thread with more than 1,000 comments," Gnu says, on his blog.

What Happens Online in 60 Seconds? 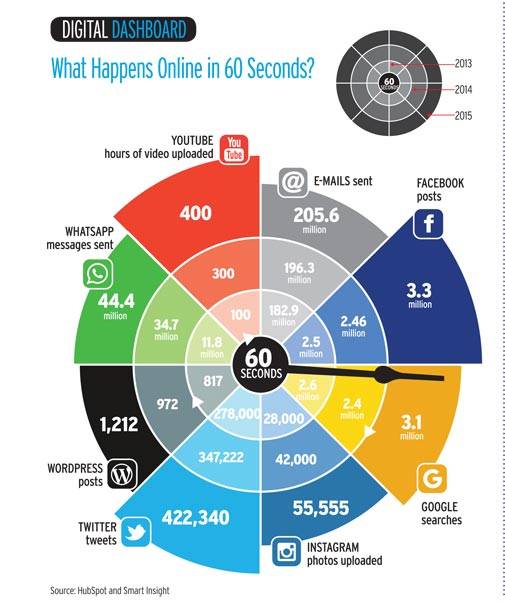 Govt needs to act in order to raise farmers' income