Cross-border trade fails to pick up due to staff shortage and below-par infrastructure.
By Ishfaq naseem | Print Edition: April 10, 2016 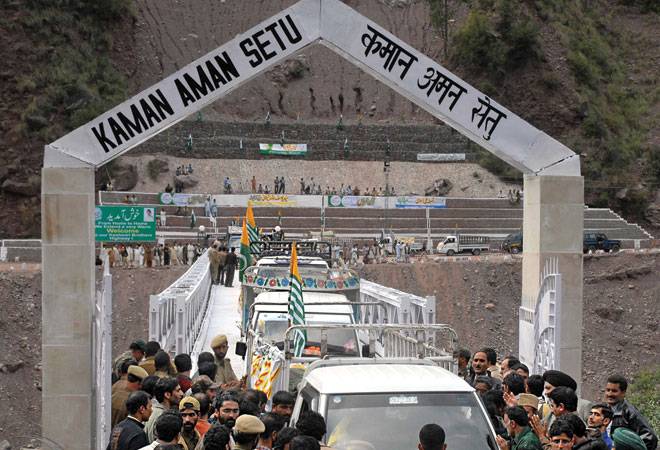 Trade point at Salamabad in Uri. Traders are unhappy over lack of ISD and other facilities

If a proposal by Jammu & Kashmir's late chief minister, Mufti Mohammad Sayeed, goes through, India and Pakistan will be on course for another round of cricket diplomacy, but this time of a different kind. Late last year, he had proposed that the list of items allowed to be traded across the line of control, or LoC, be expanded to include, among other things, the legendary Kashmir willow, used to make high-quality cricket bats.

The move to expand cross-LoC trade has not come a day too soon. Since October 2008 - when the two countries agreed to open two trade routes in the state to bring people closer before proceeding to ensure more lasting peace on the border - the volume of trade across the LoC has been disappointing, to say the least. That the trade is restricted to barter, and that also to only 21 items, is just one reason. The bigger problem, say traders, is poor infrastructure and facilities at the trade points - both Chakan Da Bagh in Poonch and Salamabad in Uri - that lead to delays and create problems for traders.

Since the start of trade, goods worth close to Rs 630 crore have been transported from these two points every year. Up to 50 trucks a day are allowed to ply from both the sides for four days a week: Tuesday, Wednesday, Thursday and Friday. This is significantly less than the over 1,700 trucks that carry goods every day between Jammu and Kashmir and the rest of the country through the Pathankot-Jammu highway.

According to government figures, up to the end of November 2015, goods worth Rs 529 crore had been brought from the Pakistan-occupied Kashmir, or PoK, through Chakan Da Bagh since November 2008. The value of goods transported to PoK from this route is Rs 554 crore. The figures for Salamabad are Rs 1,577 crore and Rs 1,772 crore, respectively.

One problem is shortage of staff and delay in deployment of full-body truck scanners at the trading points. This slows the clearance process. For instance, due to staff shortage at Salamabad, records of traders are available only after April 1, 2012. Only two officials oversee trade at the custodian office here. The workload requires at least six people. At Chakan Da Bagh, 17 officials are required, but only five have been deployed. This is despite the fact that the trade modalities specify the need for strict monitoring of the trade. Under the modalities, the cargo has to be sealed by the Trade Facilitation Officer with a certification that the "goods in the consignment are as per the agreed list and the vehicle doesn't contain any contraband or dangerous material''.

Infrastructure shortage is a violation of the commitment between the two countries to spur business ties. After the June 2011 foreign secretary-level talks, at a July 18 meeting of the joint working group on cross-LoC confidence building measures, it was agreed that both sides would provide adequate facilities at the trade facilitation centres. It was also concluded that "telephone communication facilities should be strengthened". This has not happened either.

In September 2015, about 70 traders from PoK and Jammu and Kashmir met at Zero Point in Poonch and raised the issue of delays and lack of banking and ISD facilities with officials. The officials told the traders that decisions such as allowing the trade in currencies instead of barter were to be taken jointly by the governments of India and Pakistan. Custodian, Cross-LoC Trade, Poonch, Mohammad Tanveer, who attended the meeting, says, "The decisions about ISD facilities and trade in currencies have to be taken by the two governments. The state government has taken up the matter with the government of India."

Former president of the Kashmir Chamber of Commerce and Industries and noted industrialist Shiekh Ashiq Hussain says facilities such as banking and ISD have been long overdue. "How does the government expect people to trade in this primitive barter set-up?'' he says. "I export carpets to different parts of the world but have never taken part in cross-LoC trade as I will get a truckload of vegetables against my carpets that I can't sell. I have expertise in selling only carpets." 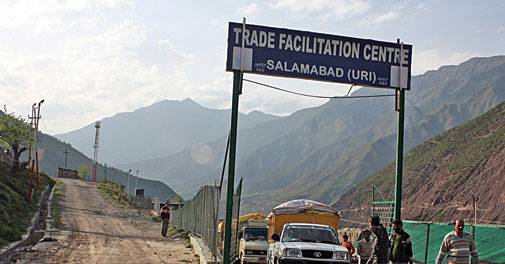 The decision to install truck scanners to ensure faster clearance of the goods has been pending for more than a year. The Centre had proposed the setting up of one scanner at each trading point at a cost of Rs 70 crore. At a November 2015 meeting, the chief minister was informed by Ministry of Home Affairs, or MHA, officials that this would take at least six-seven months. A senior official of the state industry and commerce department says vendors identified by the MHA have inspected the sites for setting up the scanners for which the state government has given its consent. "Increasing the staff and installation of full-body scanners will boost the trade in a big way," says Tanveer.

These scanners are needed urgently as the state government has proposed a sharp increase in the number of tradable items. A list of 72 goods was exchanged over six months ago with authorities in PoK but no decision has been taken by the external affairs ministries of India and Pakistan, says a senior official of the state industry and commerce department. Traders say the addition of items should increase the trade as one of the reasons transactions have not picked up is that all except five-six goods in the agreed list are same on both sides.

While the trade remains subdued, lack of proper monitoring has increased the scope for tax evasion. The custodians of LoC trade at Salamabad and Poonch, which are the regulatory authorities, have not maintained records of the value-added tax paid on the transactions. Also, the state's Commercial Taxes (CT) department has not opened any check point at either Salamabad or Chakan Da Bagh to collect tax. It relies on disclosures by traders about the quantity of goods and their prices to collect taxes.

A senior official of the CT department admits there is a need to strengthen monitoring. "Traders don't have to pay any tax to the state government for selling products in PoK. But it is difficult to ascertain whether the goods purchased by the traders are sold within the state or in PoK, which leaves scope for huge evasion of taxes,'' he says.

Commercial Tax Officer, Baramulla, Majeed-Ul-Islam, however, says that a large number of items that are traded don't incur taxes. "We have intensified monitoring and made tax identification number mandatory for the trade to avoid evasion."

However, Customs officials have foiled many bids to transport goods not on the approved list. "For instance, only embroidery items are allowed to be traded, but we have caught many traders trying to transport textile products as well,'' says an official.