Manish Sethi runs the Kanshi Ram Group, a sales distributor in Delhi for leading fastmoving consumer goods (FMCG) companies, which his family started in 1961. As a teenager, Sethi learned the ropes by spending time with his father. He formally joined the business in 1992. By 1993, it was one of the largest distributors in the region, working with companies such as Hindustan Unilever (then Hindustan Lever), Gillette India, Dabur, and Johnson & Johnson. In 2000, Sethi decided to widen his distribution portfolio, but the rising cost of operations and the surge of modern trade - the growing trend of wholesalers buying from cash-and-carry stores - began to hurt growth. By 2008, he had to let go of some accounts, as low margins made business unviable.

Today, Sethi has had to go beyond FMCGs. For the last two years, his distribution portfolio has included mobile phones and batteries. He is now the distributor for Sony's Recording Media and Energy Division for North India, and for Nokia in West Delhi. Not only do electronics offer higher returns on investment than FMCGs, but they also require less labour and space. "The cost of operations, which primarily includes labour and logistics, rises around 10 per cent every year," he says. About 60 per cent of his total revenues of Rs 210 crore still comes from FMCG distribution for companies such as Dabur, SC Johnson, and Reebok Personal Care. 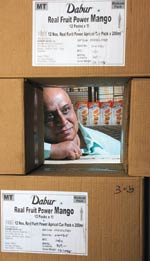 Specialisation has increased sales volume, store shelf space, and product availability: Jai Prakash Tallam
Sethi's story reflects changes in the distribution business. As FMCG companies get more directly involved at the front end of the value chain, the role of distributors is shifting from selling goods in a particular territory to being mere financial investors. In India, companies have long relied on distributors because they understand the local market. But with improved data availability, companies are getting closer to customers. They have started to reduce the number of small distributors in favour of big ones to cut costs. FMCG companies typically give distributors a margin of four to six per cent of secondary sales, and reducing the number of distributors helps cut costs. "Large distributors are well equipped to handle some key functions of small ones - lending to retailers, environment management and demand management," says Vikash Agarwalla, Engagement Manager, Booz & Co. He notes that in some areas, companies have taken on a greater role. "Earlier, distributors appointed salesmen directly, and the companies had little or no say. Increasingly, companies are outsourcing this entire process to temp staffing outfits."

Agarwalla says that in western countries, there is no concept of distributor, and that companies go directly to the consumer. "In the next 15 years in India, this entity called distributor may disappear," he says.

Whether or not that comes to pass, it is true that change has been happening quietly for some time, as demand grows and product portfolios become more complex.

mosimageConsider the example of Italian candy maker Perfetti Van Melle, which entered the Indian market in 1994. As Perfetti Van Melle India (PVMI) launched brands and variants, it found that distributors did not give each one equal attention. In 2004, it divided its eight brands across three sets of distributors so that, in a particular region, for example, each flavour of a chewing gum brand was sold by a different distributor.

"This results in better concentration on all brands," says Chironmoy Chatterjee, Director (Sales), PVMI. Rising aspiration levels and spending power in rural areas have spurred FMCG companies to widen their reach in villages. According to a December 2011 Nielsen report titled Managing the Middle India Gold Rush, growth in demand in small towns is outpacing the national average. Demand for FMCGs in 400 towns with a population of up to a million is projected at $20 billion by 2018 and $80 billion by 2026, up from $6 billion in 2010.

Some companies, such as Emami Ltd, are adjusting their strategies to meet rural demand. Two years ago, the Kolkata-based cosmetics manufacturer adopted a hub-andspoke distribution model, with super-stockists in towns with a population of up to 50,000, and several subdistributors under them.

"That saves time for retailers and wholesalers in small towns, who previously had to travel to a nearby city to buy goods," says CEO Krishna Mohan. Today, Emami covers almost 50,000 villages directly and indirectly, up from some 30,000 villages two years ago.

Specialisation is key
As product portfolios become more complex, George Angelo, Executive Director (Sales) at Dabur India, says channel specialisation is increasingly important to service customers effectively. The nature of engagement with wholesalers and retailers for each of Dabur's nine verticals varies. The verticals broadly fall under health care, personal care and foods. When a company ties up with a distributor for modern retail chains such as Big Bazaar or Spencer's, it prefers specialised distributors who can make large investments and handle big volumes. "The frequency and size of purchases made by modern retail are typically larger than traditional retail, so we require distributors with large set-ups," he says.

Dabur, which bought Fem Care Pharma in 2009, has inducted stockists who cater only to salons to distribute its personal care products.

Dabur also uses technology to improve sales. Half of its 2,000-strong sales team has Samsung handsets with a built-in app that facilitates daily reports that help gauge spending patterns and plan product-focused schemes. Marico Ltd also finds specialisation effective. Until a few years ago, a single distributor managed its entire product range for all channels - wholesale, retail and chemists. "Companies are moving away from a one-size-fits-all approach," says B. Sridhar, Executive Vice President, Sales & Supply Chain, Marico. "At Marico, the profile of a distributor handling chemists would vary significantly from that of a person handling wholesalers. In the chemist channel, the person should understand the product's relevance and concept selling, while the wholesale channel is about managing relationships and making deals."

Specialisation has helped distributors, too. Jai Prakash Tallam is Dabur's South Bangalore distributor for kirana, wholesale and some modern retail channels. Until recently, Tallam had 13 salespeople, who booked orders for all products. In September 2011, he decided to expand and restructure the team so he could give equal emphasis to the entire product range. "I cover nearly 2,600 outlets and sell some 400 SKUs," he says. SKU stands for stockkeeping unit, the trade term for a product - whether single or bulk - identified by a particular code. "It was not possible for a salesperson to remember all SKUs." But because of specialised verticals, he says, sales jumped from Rs 80 lakh a month in September 2011 to Rs 1.05 crore a month in December 2011 - the highest growth in his 25 years of trade experience. "Specialisation has also resulted in more store shelf space and higher product availability," says Tallam. "Earlier, we could concentrate on just 100-odd SKUs, but that number has increased."

All in the family
Emami's Mohan says that a recent addition to the many challenges distributors face is succession planning. "Distribution is not a glamorous business," he says. "Every year, we hear of cases, especially from large cities, where the next generation is not interested in joining the family business."

This is not always the case, of course. After getting his MBA from Delhi, Amit Gupta worked for three and a half years with Religare Enterprises, Monster.com and Puma India before moving back to his hometown, Kanpur, in late 2009. He sees great potential to expand his family's distribution business, and is planning to add big accounts such as Reckitt Benckiser and Procter & Gamble to the existing portfolio of Emami, ayurvedic oil manufacturer Himgange, and beauty and personal care products maker VI-John. "I always wanted to join the family business," he says. "The reason I took up jobs earlier was to learn management and communication skills." He says he hopes to raise the turnover to Rs 60 crore a year by 2012/13, from Rs 48 crore in 2010/11.

How Kraft is changing Cadbury India