Does KYC = Kick Your Customer?

‘Know Your Customer’ (KYC) was an initiative meant to curb the misuse of funds. Instead, it is keeping large numbers out of the banking system and impeding business activity.

Gurgaon-based Harishankar Diwakar has been working as an associate with Bio-Rad Laboratories for the last four years. Despite having 10 years of work experience, Diwakar, 42, hasn’t been able to open a bank account. HDFC Bank, for instance, has refused him an account for lack of an ID proof—despite being given a reference letter from his employer. “There is a pressure from HR to open an account as it is hard for them to keep paying me through cash,” says Diwakar.

Diwakar’s case is emblematic of how a banking initiative, originally designed to curb the misuse of funds, is, in fact, alienating and elbowing out a significant part of India’s workforce.

The unlikely villain in this situation is a banking initiative, called “Know Your Customer” (KYC) that the Reserve Bank of India (RBI) had introduced in an effort to control money laundering as well as the funding of terror groups. It applied to bank accounts across the landscape—belonging to individuals, companies, partnerships and trusts, amongst others.

The RBI had also stressed financial inclusion, stating that “for people belonging to lower-economic strata, whose accounts show small balances and low turnover, only basic requirements of verifying identity and location need be followed. Banks should avoid undue hardships to individuals classified as low risk.’’ Much of this seems to be ignored today.

The chief victims of this development are workers earning less than Rs 10,000 a month as well as flexistaffing companies such as TeamLease Services, which is forced to pay its huge staff—deployed with a number of different companies—primarily in cash. 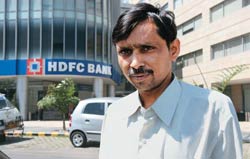 Harishankar Diwakar was refused an account by HDFC Bank, for lack of an ID proof, despite being given a reference letter from his employer.
Banks don’t have it easy either. N. Venkatraman, Chief Financial Officer, TeamLease Services, explains that banks are reluctant to open a salary or savings account for employees in typically low-income brackets—around Rs 1.2 lakh per annum—primarily because such accounts cost around Rs 600 to Rs 800 per year to maintain, while moneys in these accounts are invariably withdrawn the same day.

Manish Sabharwal, Chairman, TeamLease Services, adds that even if the banks are willing to use their discretion after satisfying themselves on internal risk mechanisms, RBI auditors question their motive—in turn making banks more stringent in their documentation demand. “Is this initiative ‘Know Your Customer’ or ‘Kick Your Customer’?” he wonders.

Not all banks seem to be hostile to the no-frills account-holder. Indian Bank, for instance, has a conscious policy to woo youth on account of the huge number of ageing accounts in their bank. “We follow the KYC norms but we definitely try to make it as easy as possible to open new accounts for youngsters,’’ a bank HR spokesperson says.

Says Mukund Hari Jachak, Head, Urban Retail Factory of Bank of Baroda, Chennai: “If a person cannot produce a ration card or voter ID, he can at least bring an affidavit from, say, a public notary with an introduction, or even a letter from his employer. As banks, we have to understand our social objective—and low-risk accounts are welcome.’’

Annually, flexi-staffing companies need to show compliance with basic-accounting procedures. They need to be able to demonstrate, through official paperwork, that their employees are, in fact, being paid. Therefore, securing bank accounts for their staff is a crucial—albeit cumbersome—enterprise. Before KYC, life was easier for flexi-staffing companies and banks. Companies could open bulk accounts, say, in Tuticorin, while sitting in Chennai. Banks would send the individual-account kits back to the company to be distributed among employees. Documentation was lax. “Today, these kits are sent directly to the residences of such people, adding to the cost for the bank,’’ says P.S. Srikumar, a HR consultant in the staffing business.

Sometimes, the issue of cash payments is a red herring. Srikumar says that temp firms often get very little time to actually process and payout monies they get from their clients, which are often late. By this time, the fear is that the employee might have jumped ship. Unwilling to afford this risk, they prefer to resort to timely cash payments.

Also, every time a temp worker jumps ship, he opens (if he’s lucky) a new account in another bank, causing headaches not just for his erstwhile employers but for his former bank that now has to spend resources on a defunct account. No wonder then, that banks are wary of temp workers. 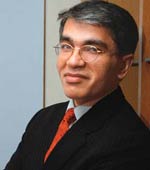 Manish Sabharwal, Chairman, TeamLease, says that RBI auditors’ questioning makes banks more stringent in their documentation demand.
Ultimately, KYC is a necessary feature since it helps in better compliance and fraud elimination, even within flexi-staffing companies. So, how does one also facilitate equally crucial inclusivity in the banking system?

Opening a post-office savings account is one way to end-route banks altogether. Flexi-staffing companies can also start a national skills registry at a low cost where employees can apply for verification and validation services. Moreover, the RBI could appoint accredited agencies who can authenticate and digitise available identification records, such as a ration card or driving licence—especially vital for people who move to a different state to work.

Without some of these solutions, low-wage employees and staffing firms will continue to feel the boot from a well-intentioned but ultimately debilitating initiative.

The real cost of populism