Window to the World 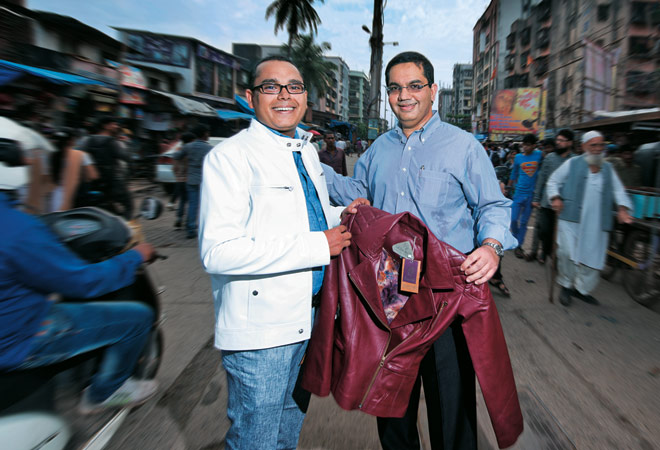 For many years Taushif Ansari worked for a merchant making leather jackets in Dharavi, Mumbai. In 2012, he started his own business and registered with e-commerce marketplace eBay. For the first six months he could sell only two or three leather jackets a month. Now, he employs five craftsmen, sells 150 to 170 jackets a month and makes Rs 60,000 to Rs 70,000 in profit. His most favoured markets are the US, Australia, the UK and New Zealand. "I am sitting in Dharavi and exporting to the world," he says. "In India, the season for leather jackets lasts only three months. I sell throughout the year."

Like Ansari, Delhi's Santosh Grover registered with eBay in 2012. Grover started her gems and silver jewellery company, House of Gems India, in 1983 when she didn't even have a telephone connection at her shop. Today, she earns Rs 2 lakh a month by selling to international clients through eBay. That's two-thirds of her total monthly earnings.

Ansari and Grover are among nearly 15,000 small businessmen and women in India who have registered with eBay to export their products. "Every 10 seconds a product listed by an Indian seller gets sold in the international market," says Latif Nathani, Managing Director of eBay India, the local unit of the US e-commerce giant that has a presence in nearly 200 countries.

EBay forayed into India in 2004 when it acquired online auction site Baazee.com for $50 million. At the time, the market for online retail in India was in a nascent stage what with only 3.9 million Internet users. Initially, eBay India followed Baazee's business model where customers could buy and sell products among themselves. But as India's online retail market evolved, eBay adopted a model where it linked merchants and consumers. Also, while other online marketplaces such as Flipkart and the India arm of the US giant Amazon focused on roping in merchants who sell in India, eBay spotted another opportunity - providing a platform to small businesses to sell their goods outside India.

The initial response was slow but gained momentum in the last two to three years as the number of Internet users surged; India now has 240 million web users. In April 2012, eBay tied up with the industry group Federation of Indian Export Organisations (FIEO) to provide small and medium enterprises access to global markets. Exporters now comprise a third of sellers registered with eBay India. While these exporters register with eBay India, they also need to set up their accounts separately on various eBay sites globally to sell products internationally. The US is the number one market for these merchants, followed by the UK, Australia and Russia.

Products global clients of eBay India sellers prefer the most:

Most merchants exporting via eBay are artisans or craftsmen, selling products such as jewellery, apparel, ayurvedic medicines and tea. Sanchit Vir Gogia, Chief Analyst and CEO of IT and telecom advisory firm Greyhound Research, says eBay's focus on small exporters is good marketing for India as well because a lot of locally made products are now available in multiple countries.

EBay India earns from these merchants by charging listing fees and commission on sales. Sellers do not pay anything for the first 50 listings on the site - this gets exhausted in no time. For every subsequent listing, the merchant pays five US cents (about Rs 3) for books, DVDs and movies, music, and video games. For everything else, merchants pay three cents as listing fees. Once the product is sold the merchant pays 10 per cent of the transaction value to eBay as commission.

As the number of sellers increased, eBay worked on getting the logistics in place. In 2012, eBay launched Powership, a platform where all Indian courier companies were integrated. Once an order got placed, the Powership platform would alert the courier company that had the best service in the area of delivery. Powership was for domestic buyers, but soon an offshoot was created called Powership Global. It worked on the same concept, though it had fewer courier companies including FedEx and DHL. EBay has also standardised the payment mechanism to avoid leakages. All payments are made through eBay's PayPal unit, a global payment platform, and the sellers' bank account is linked with PayPal to transfer money.

Micro-multinationals at a glance
EBay helps its customers set up PayPal accounts. Besides, the company has learning centres where training sessions are conducted in English and six regional languages. For sellers who are not tech savvy, eBay deploys business development executives who handhold these merchants for 90 days. These company executives help merchants in setting up their accounts on various eBay sites where they can list their products, says Nathani.

There is no estimate for exports through eBay but it would be negligible compared to India's total annual exports of $300 billion. Industry estimates expect exports through e-commerce sites to grow to $5 billion in coming years. But there are multiple challenges. For instance, merchants need to fill up seven forms for every item shipped outside the country. Nathani says eBay and FIEO have prepared a single-page form that can be used for custom clearances. The form is awaiting government approval, he says. EBay and FIEO also conduct joint training programmes for merchants. This has helped eBay in getting access to regional traders.

The biggest challenge, however, is that these merchants are not recognised by the central government as exporters and so they can't avail any benefit that exporters who ship their goods via the traditional route get. EBay and FIEO have lobbied with the government to recognise these businesses as exporters, says Nathani. But this has not deterred people like Grover and Ansari. They thank eBay for giving a boost to their businesses, and are gearing up to expand their businesses. Grover is planning to sell diamond and gold jewellery while Ansari is looking to start selling leather bags on eBay.

Why IPO exits are most sought-after by PE funds