When The Walt Disney Company acquired Ronnie Screwvala's UTV Software Communications for Rs 2,000 crore in 2012, its intent clearly was to fulfil its Bollywood ambitions. UTV was a loss-making entity, but it had an impressive pipeline of films such as Jodhaa Akbar, Rang De Basanti, Kai Po Che! and Barfi!. Disney's plan was to ride on their success. But the dice has not quite rolled that way. In 2013/14, Disney's Rs 747-crore studio business (UTV) posted losses of nearly Rs 297 crore (overall company revenues are Rs 1,500 crore, according to the annual report of UTV Software). And, four years on, the news doing the rounds is that The Walt Disney Company has written off its Indian studio acquisition.

What happened? "Soon after the acquisition, when the Pandora's Box opened, the parent company realised that the studio did have a pipeline of films, but it owned the intellectual property rights (IPR) of none," recalls a former Disney India employee. "For most of them, for instance, films such as Kick and Highway, the studio merely had theatrical rights. The only film in which the studio probably had a more intense involvement was Mohenjo Daro, which was being co-produced with Ashutosh Gowariker." Speculation is rife, too, that the company won't make any more films after releasing Dangal later this year and Jagga Jasoos early next year. But Siddharth Roy Kapur, The Walt Disney Company India's MD, denies this. "We are being extremely careful about the projects that we are green-lighting," he says. "If that has led to speculation that we have stopped making movies, that's not the case. Our studio business is going through a difficult patch, but that's the case with most studios."

Kapur makes a valid point. The film studio business in India seems to have crumbled. Here's why. If a studio owns a movie - from concept to script to execution to selling and distribution - it gets to keep all the moolah (or bear the pain of a flop). But in most instances, studios in India - be it Disney or Eros International or Fox Star - acquire a film from a production house like, say, a Phantom Films or a Sanjay Leela Bhansali Films or a Dharma Productions - at a marked-up price and merely promote, market and distribute it. It's a strategy that has been successfully used for years by Indian studios, but times have changed. This plot just isn't providing studios the returns they expect anymore as content prices have escalated by over 50 per cent, and it has become an extremely low-margin game. Take Bombay Velvet, which is known to be this decade's biggest flop. The Fox Star Studio India acquired the movie for around Rs 80 crore from Phantom Films, and managed to earn a measly Rs 24 crore. In fact, Fox Star Studio India has had to deal with similar disasters such as Boss and Shaandaar. The Rs 140-odd crore studio, which registered a Rs 13-crore loss in fiscal 2015, is known to be sailing in the same boat as Disney. Or take a film such as Yeh Jawaani Hai Deewani, which was co-produced by Dharma Productions and UTV. The movie earned around Rs 100 crore revenue, but UTV would have earned at the most Rs 20-30 crore, when it would have bought the film from Dharma at Rs 50-60 crore. Then, Baaghi, an acquired movie, did well, but since the IP rights were with the production company, the studio, says a film analyst, would have earned only 5-10 per cent.

Importantly, the studios don't have access to the IP. And even if the IP is shared by the production company, it is the latter that calls the shots. For instance, Sajid Nadiadwala, one of the most successful producers of recent times with releases such as Bajrangi Bhaijaan and Baaghi, is known to work with studios only to distribute his films, under the facade of co-production. He controls the IP and even calls the shots when it comes to discussing a film's satellite or music rights. So, even for huge box office hits, the studio would have probably got less than 10 per cent returns, after paying Rs 60-80 crore to acquire a film. "The studio-distribution business has become commoditised," says Vikram Malhotra, Founder & CEO of Abundantia Entertainment, a production house-cum-studio. The biggest advantage most studios boast about is their capability to distribute films and also market and promote them, which, according to Malhotra, is no longer their stronghold. "Today, marketing has become pull marketing. Anybody, the actor or the production company, can put out a trailer on social media and catch the attention of consumers. So, if a studio is relying on high-priced acquisitions and is under the illusion that marketing and distribution give them competitive advantage, they are bound to fall flat."

Agrees Sameer Nair, Group CEO of Balaji Telefilms: "The studios have been overpaying to acquire content." In fact, the bigger the content partner, the lesser the negotiation power of the studio. So, if the production company is Shah Rukh Khan's Red Chillies Entertainment, and Khan himself is acting in the film, the cost of acquiring the film would go up by 60-80 per cent. And the monetisation capabilities would also be skewed towards the production company. Eros International is known to have spent Rs 115 crore on acquisition of the recent superhit film Bajirao Mastani. Although the studio claims to be sharing the IP with the production company, Sanjay Leela Bhansali Films, since the producer is a star himself, the likelihood that the balance of power would be more in favour of the production company is high.

In fact, Eros International is known to be particularly inclined towards big-ticket acquisitions. It acquired Bajrangi Bhaijaan from Nadiadwala Grandson Entertainment and Bajirao Mastani from Sanjay Leela Bhansali Films. Despite both these films as well as others such as Housefull 3 (also acquired from Nadiadwala Grandson Entertainment) and Tanu Weds Manu Returns (which the company co-produced with Colour Yellow right from the script stage), being huge blockbusters, the Rs 1,600-crore studio reported a 21 per cent dip in profits in 2015/16. "In this business, you can't say the film is profitable when you don't know the cost structure," explains a senior film analyst. "A film like Dishoom may hypothetically do Rs 70 crore of box office revenue, but if the studio realises just about Rs 25-30 crore, there is a huge gap." 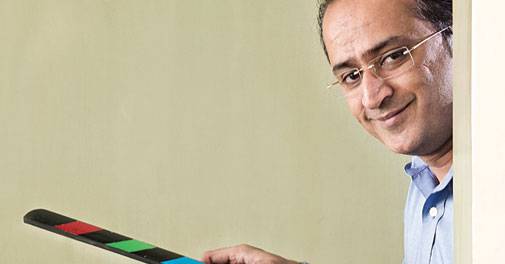 "Content acquisition has become a game of high-stake poker"

Bollywood studios' game of acquiring content at a price, and then marketing and distributing it, is clearly a strategy of the past, when the studio model was evolving in the country. At that time, in order to build a slate, the studios had no choice but to acquire films outright. They preferred doing so from established production companies, for whom it was a win-win as they were able to de-risk. As the years have passed, the content production companies have clearly gained the upper hand, and the acquisition model has become unviable for the studios.

The acquisition model is passé in Hollywood, too. After having acquired creative giants such as Marvel, Lucas and Pixar, The Walt Disney Company firmly believes in having full control of the entire value chain and thereby owning the IP. The only film that the studio has co-produced recently is probably The BFG.

So, what is the need of the hour for the Indian studios? "For a studio, value lies in creating content and content-related properties over a long term. Value can't be created by doing distribution on a commission basis, or by acquiring and distributing," points out Malhotra of Abundantia.

Content acquisition has become a game of high-stake poker, says Malhotra. "You acquire five films with the hope that they will offset the loss of one another. When four out of the five films go bad, then no matter how much you make on the fifth film, you come out the loser. Instead, if you create the five films and have control over them in terms of IP, there are several ways in which you can build value," he explains.

The studios have started talking on similar lines, too. "The acquisition model is under pressure, so the studios have started creating on their own to cut out the producer spend," says Kapur of Disney India. The company is known to have got strict diktats from its parent company not to invest in the acquisition model. Kapur also claims that Disney India has set up an in-house content creation team and films such as Dangal and Jagga Jasoos have been ideated in-house. "Our team came up with the idea of Dangal. We even wrote the script and spoke to Aamir (Khan) only at the last stage," says Kapur.

While the industry may accuse Eros International of taking expensive content bets, the studio claims that films such as Bajirao Mastani and Tanu Weds Manu Returns were co-produced right from the script stage. The studio, says Ajit Thakur, CEO, Trinity Pictures (an arm of Eros International), is in the next phase of its evolution, which is to create its own content. In fact, Trinity Pictures is the content creation arm of Eros, where the studio will own 100 per cent of the IP. The studio, says Thakur, has already green-lit five films under the Trinity banner. "As we grow to the next stage of evolution, we will keep co-producing films with outside production houses, even acquire films as and when required, but the emphasis will increasingly shift towards creating our own films."

Sudhanshu Vats, Group CEO of Viacom 18 (whose studio arm is Viacom 18 Motion Pictures), claims that the studio has reduced its dependence on acquired films to just about 20 per cent, compared to almost 80 per cent four years ago. "Even though our hit rate was over 50 per cent, we were winning small and losing big due to our strategy of acquiring films," says Vats. In the past few years, not only has the studio started co-creating content by setting up an in-house content team, it is also consciously investing in mid-budget, high-concept films in the Rs 15-20 crore range. "Our studio business has been profitable since the past two years," he claims.

While all the big studios have little choice but to strengthen their internal content creation capabilities, it is companies such as T-Series and Balaji Telefilms, which have in-house content creation capacities - that have a clear advantage. Even though Balaji Telefilms has had a mixed bag in the past couple of years as far as its film business is concerned, the analyst community feels that it has an advantage as it is able to control its content creation. The only film that it would have acquired in the recent past is Udta Punjab, from Phantom Films. "We are not a late-stage acquisition company. Even with Udta Punjab, we got into the project before the shoot began," points out Nair of Balaji.

However, the smartest mover in this space is clearly T-Series. Not only does the company control the music rights of the bulk of Bollywood films, it is also in the distribution business (where it distributes films of other production companies), and has even started creating content. The company has produced films such as Roy and Sanam Re in the past year. Malhotra of Abundantia says that T-Series is gradually building a studio model and actually has a slate of films to talk about. "While bulk of the films right now includes acquired films, T-Series will soon have a higher offering of its own films."

So, the writing on the wall is clear. Anybody who isn't creating content will be marginalised. The big studios are hurriedly investing in content creation. But till they get their act together, growth will likely remain sluggish.

Has Your Organisation Lost Its Adaptive Intelligence?