Sustainable" is an oft-used expression, though people rarely explain what they mean when they use it. Sustainability can only be defined with respect to the needs of the future generation. Today, we have imperfect knowledge about future supply, demand and technology choices. Thus, in 1898, there was an international conference on horse dung, debating the problem of major cities (London, New York) being buried in copious quantities of horse-dung, produced from horse-drawn hansom cabs, buses and carts. The invention of the automobile was unanticipated then. That being said, sustainability can only be defined in terms of being environment-friendly.

As a general proposition, public transport is more environment-friendly than private transport and should be more "efficient" too. After that, quite a bit depends on the context.

Do we mean intra-city? If so, what is the city's population? A metro is hardly viable for a city with less than one million people. Rapid transit works for larger cities, buses may work better for smaller ones. The smaller the city, the more private options work better. Note that private options don't mean just automobiles. The use of legs is also a private option, both for walking and cycling. In visits to developed countries, all of us are used to walking for long stretches. We won't do it here as cities aren't planned with a walking and cycling infrastructure in mind. Indeed, cities aren't planned at all.

There is a multiplicity of authorities, working in silos, and the governance structure is confused. Typically, there won't be a master plan. If there is a master plan, there will be deviations. The land use policy and building regulations will be unclear. If there are regulations, they will be rarely enforced. Residential and work areas aren't thought of together, increasing commuting. Historically, urbanisation rates in India have been low, though they have picked up. The problem is the form urbanisation takes. It will typically be brownfield, in which case, it is impossible to develop an integrated view of transport infrastructure. At best, this integrated view can be taken for greenfield cities and greenfield enclaves within brownfield development. 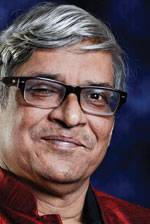 If it is inter-city, another general proposition is also true. The railways are more environment-friendly than other forms of transport. But we are familiar with problems faced by Indian Railways (IR). To generalise a bit, with improvements in roads and vehicles, IR has lost passengers for less than 400 km stretches to road transport. It has also lost the more than 1,000 km stretches to civil aviation. (Freight has historically been lost because of high rates and cross-subsidisation of low passenger fares by freight.) Until IR sorts out these problems and undertakes reforms, there is not much point in talking about an optimal multi-modal mix.

Though not quite in the same league, water transport has also been relatively neglected. It is only now that we have begun to see the beginnings of a multi-modal initiative, with the Sagarmala project one, but not the only, instance. Stated briefly, the Sagarmala project takes a multi-modal view, integrating road, rail and sea-ports. Multi-modal (railways, highways, waterways) hubs are also planned in Varanasi and Haldia. Note that these are also instances of what can be called greenfield development, including the two DFCs (dedicated freight corridors).

This is an obvious point and somewhere down the line, we may well have a unified and integrated Ministry of Transport. But there is also another issue in the Seventh Schedule, which places items in three different lists - Union, State and Concurrent. From a governance point of view, there are problems we are trying to solve, but the structures we have weren't designed with that objective in mind. However, that's probably inevitable when development is swift.