This is a no-holds-barred account of the author's tenure as RBI governor amidst the global financial crisis and differences with the then government.
By Anand Adhikari   Delhi     Print Edition: August 14, 2016 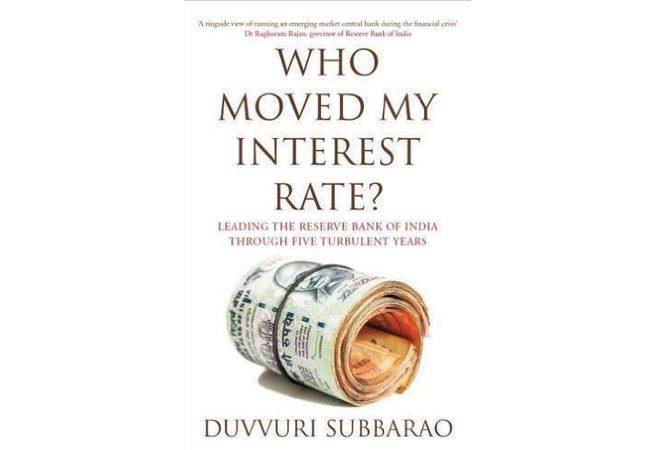 Former RBI Governor Duvvuri Subbarao's tell-all book Who Moved My Interest Rate? is probably the first from a Central banker to give an inside account of all the pressures of the job. The 22nd Governor of the Reserve Bank of India has narrated his turbulent relationship with the previous UPA government during his five-year tenure between 2008 and 2013. This book is also timely as the current RBI Governor, Raghuram Rajan, who replaced Subbarao three years ago, has also called it quits amidst differences with the BJP-led NDA government.

This civil-servant-cum-economist was appointed by former Prime Minister Manmohan Singh and former Finance Minister P. Chidambaram. He was a trusted man having worked with Chidambaram as Finance Secretary and Secretary to the PM's Economic Advisory Council. But problems started erupting as early as mid-October 2008, merely one and a half months since his appointment, at the RBI headquarters in Mumbai. Chidambaram ignored RBI and constituted a committee on liquidity management. That was the time when financial markets witnessed liquidity issues as investors were pulling out money from stocks, debt, etc. Subbarao called up Chidambaram to convey that the action was totally inappropriate and requested him to dissolve the committee. The former FM explained that getting advice from external market participants would help. "I granted that, but if he wanted external experience to be tapped, he could have advised me informally to constitute such a committee rather than taking Reserve Bank for granted," writes Subbarao. The call ended with Subbarao telling him that RBI would not participate in the committee - a rather bold move.

Undoubtedly, his tenure was a difficult one with the global financial meltdown dictating the central bankers what to do next. In fact, central banks of the world, especially emerging economies, were on a reactive mode as things unfolded in the developed world. For example, the US resorted to unconventional measures like quantitative easing to pump in money into its market by buying back bonds from banks and financial institutions. This created a surge of liquidity in the financial markets of emerging economies. Two months after Subbarao took over as governor, Chidambaram was moved from the finance ministry to the home ministry. He returned 13 months before Subbarao retired in September 2013. So, during a large part of Subbarao's tenure, Pranab Mukherjee was FM.

Subbarao, currently a visiting faculty at National University of Singapore, writes that while the interest rate regime had been the main area of difference between the government and the RBI, there were also other issues such as estimate of growth that stoked the friction even deeper. "The government's pet peeve was that the Reserve Bank was being too cynical in its forecasts," writes Subbarao. The government wanted RBI to project a higher growth rate and a lower inflation rate in order to share the responsibility with the government for 'shoring up sentiment'. The government used different tactics to pass on the message. In Subbarao's words, "Finance Secretary Arvind Mayaram went to the extent of saying in one meeting that whereas everywhere else in the world, government and central banks are cooperating, here in India the Reserve Bank is being very recalcitrant". Another constant source of friction used to be the position taken by the RBI on the government's fiscal stance. A large fiscal deficit was one of the critical elements in driving up inflationary pressure.

In the past 80-plus years of RBI's history, the differences between the RBI and the government mostly remained within closed doors. But Chidambaram threw norms out of the window in October 2012 when he publicly showed his displeasure at the RBIs decision not to reduce interest rates. In the pre-policy meeting, Subbarao informed Chidambaram of his decision to maintain status quo in view of concerns on the inflationary and fiscal deficit fronts. "He was clearly unhappy with my proposed decision, was upfront with it and argued strongly for a rate cut. I did not believe I could yield," writes Subbarao. Just a day before the policy meeting, Chidambaram, who often met Subbarao alone, took the battle forward by unveiling the government's roadmap for fiscal deficit in a hurriedly convened media conference. When Chidambaram was asked if the RBI would cut rates based on his announcement, he used the opportunity to send a loud message from Delhi to Mumbai via the media: "I sincerely hope everybody will read the statement and take note of that." When Subbarao did not relent, he shot back: "Growth is as much a concern as inflation. If the government has to walk alone to face the challenge of growth, we will walk alone."

Subbarao was also embarrassed by the government when he recommended extensions for two of his deputies - Subir Gokarn and Usha Thorat. In fact, his own extension became a matter of suspense. He writes that the way in which the announcement of his reappointment came from the PMs office, on its website, rather than from the Ministry of Finance, provided grist for the media mill. "Did this indicate a tussle between the PM and the FM? Did this suggest that the PM uncharacteristically pushed for my extension overruling the FM's reservations?" Subbarao questions. "If, indeed, the FM was against an extension for me, wouldn't that impair the already fraught relationship between the two of us?" writes Subbarao. He goes on to say, "I am no wiser than anyone else on the first question?on the second question, I must say that my relationship with Mukherjee remained exactly as before?."

The book is not about Subbarao defending his decisions or passing the buck to others, but explaining the circumstances in which he acted at a time when there were a lot of uncertainties in the market.