"It is all about getting ready before the investment cycle starts"

Providing free LPG connections to five crore BPL families is one of the most ambitious plans of the Narendra Modi government. The man assigned the task is Oil Minister Dharmendra Pradhan.
By Anilesh S. Mahajan | Print Edition: May 22, 2016 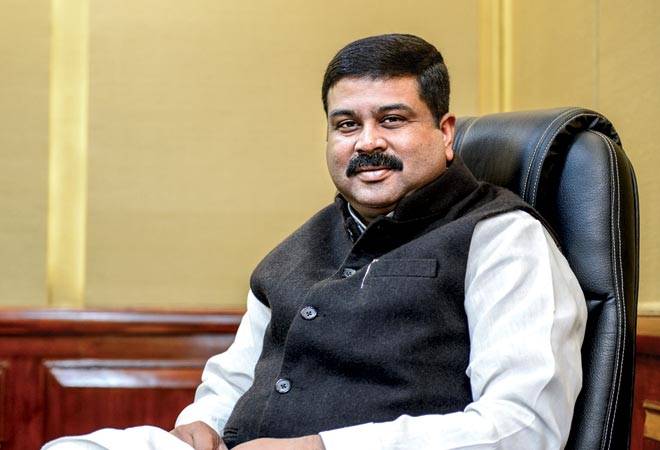 Providing free LPG connections to five crore BPL families is one of the most ambitious plans of the Narendra Modi government. The man assigned the task is Oil Minister Dharmendra Pradhan. In the past two years, Pradhan fixed gas price sans political drama and successfully renegotiated the LNG deal with Qatar. He told BT's Anilesh S. Mahajan that the Modi government is determined to provide the poor access to a clean household fuel in India. Edited excerpts.

The Pradhan Mantri Ujjwala Yojana seems very ambitious. Taking LPG supplies to five crore BPL families in the next three years would require huge manpower and resources. What is the plan?

We have thought through most of the things. More than 1.13 crore LPG consumers have voluntarily given up their subsidies. The PM has promised that this money will not go back to the exchequer; instead, it will be used to connect those living below the poverty line with cleaner fuel. Since we started in March last year, we have had some money in hand to execute our plan. We will give Rs 1,600 per connection to oil marketing companies (OMCs). The consumer will pay for the burner and refill of the LPG cylinder. We calculated that at current expenditure he will have to incur an additional amount of Rs 1,500. In the next three years, five crore BPL families will get access to cleaner fuel.

But the common view is that families below poverty line may not have money to pay their share of Rs 1,500 to get this connection or a refill thereafter?

The OMCs will allow 12 interest-free EMIs - Rs 1,500 will translate into installments of Rs 125 per month. OMCs will bear the interest burden. The extra expenditure can help OMCs expand their market reach. India has 16.4 crore LPG connections; with this scheme, we will add one-third of the existing consumer base in the next three years. The trends of the last few years suggest that, annually, we add roughly two crore consumers. Out of this, nearly 1.6 crore are above poverty line. This trend will continue, but the new scheme will expand the footprints of OMCs among BPL consumers manifold.

This would require more LPG, which is an imported commodity, and a robust infrastructure and distribution network. What are your calculations and projections for this?

India consumes 20 MT of LPG annually; by 2019 we might require 30 MT. India imports 45 per cent of the requirements and the rest are sourced from domestic refineries. The projections are that, in the next few years, we may have to import 55 to 60 per cent. We are investing to improve our facilities to import LPG. The focus is to expand the penetration of LPG in the north-eastern states as well. IOCL, along with Bangladesh Petroleum Corporation, is exploring the feasibility of an LPG import terminal at Chittagong port. This will be critical to maintain supplies in the north-eastern states. We do supply energy products to Bhutan and Nepal. This will expand our reach and efficiently use the resources. We are also exploring options to have LPG extraction plants abroad and have better terms of import.

How are you ensuring last mile connectivity and social accountability in such a scheme?

This scheme entrusts people's representatives - MPs, MLAs, Panchayat leaders, and even eminent personalities from the area - to disburse new connections. This will give them a sense of ownership and belonging, and in turn will increase social accountability. The OMCs will also appoint a nodal officer at the district level to facilitate this work.

How much money will the Ministry require to fund this scheme? And how much of that will come from the exchequer?

In March last year, the PM asked affluent Indians to give up their LPG subsidies. We haven't calculated the benefits, but people from all walks of life are forfeiting their share of subsidies. We used Socio Economics Caste Census and had details of nearly 12 crore families under BPL. Out of these, five crore will be connected. This should also be seen in the context of our resolve to provide 24X7 electricity access to every household, and the promise to build a home for every Indian by 2022. More than economics, it is a social scheme. You can mark my words: no one will lose money doing this. It is a win-win deal.

Today, the prices of oil are at record lows, so people may find it convenient to give up their subsidies. But once the prices go up, they may want to take it back?

I can't force people to give up their share of subsides; I can only request them, at best plead with them. Once they give up their share of subsides, they are locked for one year. Post this, they can take it back again. We have high hopes that those who gave up would continue and many more will join in. We are increasing accountability and transparency to motivate people. On our website, people can track those who have been provided access to cleaner fuel. We will also try and put addresses and telephone numbers.

Are you also factoring in the PNG and CNG networks?

The PNG and CNG networks require huge investments and too many other factors to be successful commercially. Piped network will make more sense in cities and towns, but may not be a great idea for villages and smaller habitats - there you will have to bank on LPG supplies. We need to focus on reducing the pollution caused by burning of wood, cow dung cakes and other materials.

Talking about cities and clean air, how do you perceive Delhi's experiment with odd-even?

I don't want to do politics, but we need to think out of the box to ease Delhi's pollution. How is odd-even helping Delhi cut pollution numbers? I wrote to Delhi CM Arvind Kejriwal a fortnight back. He must consider firing the Bawana gas-based power plant, instead of depending on the Badarpur coal-based power plant. This alone can reduce PM2.5 levels substantially, which odd-even cannot do in many years. We need to move beyond tokenism; we believe in cooperative federalism. He must speak to the concerned ministers and sort out these issues.

The original odd-even plan included this. NTPC demanded fixed cost in lieu of the shutdown. The CM informed scribes that gas was not available?

That is why I am saying that he must speak to the concerned ministers. Politics requires continuous engagement. At that time, he asked for gas through APM allocation, which was not possible. Today, domestic gas production is on a slant, but cheaper imported gas is available. It will be cheaper to run a gas-based power plant in Bawana than a coal-based Dadri plant. 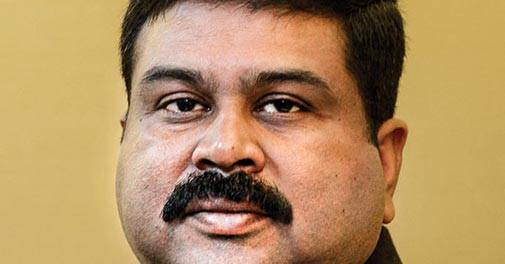 Further, on pollution, your colleague Nitin Gadkari is batting for the adoption of BS VI emission norms by 2020, which would require huge support from your Ministry. How prepared are you?

The government decided not to go for Bharat Stage V petrol and diesel; rather, we will bring in BS VI fuel by 2020. There is not much difference between the two. We are committed to bringing our standards in tandem with global ones. Many of our modern refineries are already equipped and upgradation is required in some; we will do it. IOCL's Mathura refinery has already started working on this.

How do you rate India's position in the international markets, especially considering the volatile oil market? Today, geopolitical relationships are not only being tested but are also reshaping?

India's reputation is changing globally. The leadership in the Middle-East values India as a reliable partner, rather than a mere consumer of their oil. The advent of shale oil and gas in the US, and the continuous crash in oil prices have forced the leadership there to scout for new friends and strengthen their relationships with existing ones. India is an obvious beneficiary of this.

Post your Tehran visit, you seem upbeat about Farzad-B block?

If all goes well, there will be no hitch in the deal for Farzad-B block. They asked us to monetise the gas. The Indian consortium partners (OVL, IOCL and OIL) are seeking the price of the gas. Iran also offered us other projects. Access to this cheaper energy would make our companies compete with the global majors. I am hopeful of cracking this deal very soon. On payments of the oil dues, we are working to establish the banking channels.

The NDA government is focusing big time on reviving the gas economy. The new HELP policy, too, is aimed at that. ONGC has come up with its FDP to reap benefits. How are other players reacting?

The response is positive. But we also have to realise that the global oil prices are down. Once the appreciation of this commodity happens, people will start coming in. It is all about getting ready before the investment cycle starts. Our policy is ready; India already is a mature market. The biggest issue global majors face is that if they produce in Africa, they will still have to look for ways to market their products. We have to import 78 per cent of our oil needs; we are hungry for cheaper gas. We have sent the signals with this policy.

In March, you extended PSC of all pre-NELP blocks except Cairn India's Barmer Block, and to reap benefits of freeing gas pricing, a condition was put forth that they withdraw arbitration cases?it was clearly hinting at a tangle with RIL-BP?

Cairn will get its extension. There are some appraisals pending; once through, they will get it. But on RIL-BP, if they have to take the benefit, they must withdraw the arbitration. It is a clear stand of our government. I am very much in favour of providing ease of doing business and allowing corporates to work freely, but the law of the land must be respected, in letter and spirit.

Now that oil prices are at all-time lows, what is the value of the foreign oil fields that OVL had invested in, in the past 18 months?

OVL signed definitive agreements last year for acquiring a 15 per cent stake in Vankorneft, which owns Vankor fields in Eastern Siberia. OVL and other Indian public sector companies are in talks for increasing stake in Vankorneft. I believe these acquisitions would result in long-term value accretion for the acquiring Indian companies.

What are the plans for ONGC - in terms of investment into fresh exploration, especially now that we have a more liberal policy?

I think the recent policy decisions taken by our government on HELP and granting of marketing and pricing freedom for gas produced from HP-HT, Deep Water and Ultra Deep Water areas should help E&P companies in a big way, including ONGC, which has gas discoveries in Deep Water & Ultra Deep Water fields in the Mahanadi and KG basins. I am hopeful that such fields will now have better chances of economic viability. Besides, ONGC has some on-land HP-HT plays in KG and Cauvery basins; we can expect ONGC to have more activity in these fields.

Ascent of a Woman

The Case of the Vanishing Drivers