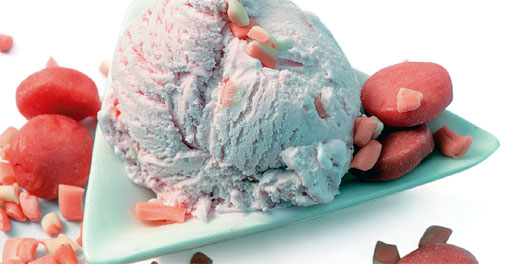 When New York ice cream giant Haagen-Dazs entered China, it did not compete with other ice cream companies. Instead, it aligned itself with luxury brands. Kolkata-based Pabrai's Fresh & Naturelle Ice Creams is doing something similar. Instead of competing with rivals such as Amul and Kwality Walls, it positions itself as a relatively upscale brand. It supplies to five-star hotels such as the Marriott, Taj and ITC chains, and The Imperial in Delhi. It also supplies to high-end caterers in the national capital.

Fresh & Naturelle's founder, Kunal Pabrai, is preparing to open a second ice cream plant that can produce 20,000 litres of ice cream a day, and it will increase his company's capacity 20-fold in the next decade. His father Anuvrat Pabrai, who is Advisor and Chief Mentor at the company, says: "We want this capacity before 2015 as there's so much demand. Our current plant produces 2,000 litres of ice cream a day, and can be upgraded to 4,000 litres." Fresh & Naturelle ice cream is currently available in ten cities, and Pabrai plans to expand business to four more. He even plans to sell his ice cream in Australia, Dubai, Indonesia, Singapore and the UK - ambitious plans for a company founded in 2008.

Mumbai-based Natural Ice Cream , too, is growing. What started in 1984 with a single store in a Mumbai suburb has 115 franchise outlets now, mostly in Maharashtra and Karnataka. It sells only through franchisee parlours, not other retail outlets. By the summer, the Rs 75-crore company plans to open stores in Chandigarh, Delhi, Jaipur, and Ludhiana. And it plans to expand to Dubai and Singapore in two years.

In value terms, the organised segment of India's Rs 3,000-crore ice cream market has been growing at 19.5 per cent a year for the last five years, says R.S. Sodhi, Managing Director of the Gujarat Cooperative Milk Marketing Federation Ltd, maker of Amul brand products. "Many established food and lifestyle trends, such as limited edition, indulgent, natural and premium ingredients have led to the establishing of ice cream ranges under claims of 'premium'."

One growth area, according to Rachna Nath, Executive Director and Leader of Retail & Consumer at PricewaterhouseCoopers (PwC), is gourmet and natural ice cream. The latter is made without artificial ingredients. Fresh & Naturelle's Pabrai gives the example of cocoa powder. "Only one per cent of cocoa powder available the world over is naturally processed," he says. "It takes 15 to 17 days to naturally alkalise the cocoa powder that we use in our chocolate ice cream. When it's done with alkalis, it tends to lose its nutrients." He says naturally made cocoa powder is an effective antioxidant. He adds: "We use only fresh fruit,  no canned fruit ."

Nath says natural ice creams are a niche and premium market, and are seen as healthier than regular ice cream. "It's expensive," she adds. "However, the upper middle and upper class are ready to spend more."

Gourmet flavours are a big part of premium positioning. Fresh & Naturelle has flavours such as chandan (sandalwood), matcha (Japanese green tea) and Kolkata meetha paan. Natural Ice Cream has seasonal fruit flavours such as sitaphal (custard apple), and festive ones such as the Makar Sankranti Special with sesame seeds and peanuts, and prasadam for Ganesh Chaturthi, with bananas, dry coconut and raisins. Nestle's Movenpick, recently relaunched in India, plans to launch a masala chai flavour by the year-end.

Besides gourmet and natural products, there could be other requirements in the premium range, such as low-fat and sugar-free ice cream, and ice cream cakes, says B.M. Vyas, a 40-year Amul veteran and now Director at Mumbai-based Parag Milk Foods. Natural ice cream companies face competition from gelato and frozen yogurt. Although not technically ice cream, gelato is a premium, natural, healthy frozen dessert, and therefore a direct rival.

Amore Gelato lists 27 stores on its website. Gelato Vinto (whose products are priced at Rs 49- 97 a scoop) has 50 company-owned and franchise outlets. Gelato Vinto wants to increase its market share to around nine per cent from the current four or five per cent. Chief Operating Officer Akshay Batra says: "We have a warehouse in Ludhiana, and plan to open one each in Aurangabad and Pune soon." He says new factories will come up in Chennai and Mumbai, in addition to the one in Delhi. With regard to expansion, he says: "Our main focus will be on franchises, so we can concentrate on production." He says the company plans to open around 75 new stores by the end of the calendar year. He says perceptions are changing as Indian consumers become more health-conscious. "This is where my product comes into play more than industrial ice-creams, because it's 96 per cent fat-free," he says. "We also offer sugar-free flavours. In terms of quality and flavour, we don't have much competition."

PwC's Nath notes that among the mass-market companies, Vadilal has started a gelato chain called Melt In. Rajesh Gandhi, Managing Director at Vadilal Industries, says his company is now doing a test run of its artisan gelato. "We need a year to see the results first, after which we will decide further on Melt In," he says.

Devangshu Dutta, Chief Executive at retail consulting firm Third Eyesight, says: "Gelato is considered a healthier option than ice cream, but it needs to be moved from the counter quickly, and nobody has yet succeeded as a gelato chain in India." Fresh & Naturelle's Kunal Pabrai says only a small fraction of consumers prefer gelato. "The Indian consumer wants ice cream any given day," he says. But he can expect competition from mass-market companies, too. Amul plans to launch Creme Rich, a super-premium ice cream brand, and India's first Greek-style frozen yogurt, this summer. "Creme Rich products will have the finest natural ingredients ... to create the magic of indulgent and luxurious super-premium ice cream category," says Managing Director Sodhi. "Though it will not be completely natural, it would be made from fresh milk and dairy cream."

Natural ice cream companies face competition not just from the mass-market Amuls and Vadilals, but also from global giants such as Nestle and Haagen-Dazs, who are expanding in India. Haagen-Dazs, marketed by General Mills India, has nine lounges, sells at supermarkets and events, and plans to expand in India.

Nestle is pushing its Movenpick super-premium ice cream brand in India, through its Delhi-based import and distribution partner, Star Speciality Foods (SSF). Movenpick offerings include tropical fruit sorbets and sorbet-and-ice-cream combinations.  The brand was originally launched in India in 2001 by the Movenpick Group. Nestle acquired the business in 2003 (it is now owned by Nestle Super Premium, part of the Switzerland-based Nestle Group). Distribution in India had been limited, and Nestle is now relaunching the brand in India through SSF. M.V.M. Rao, South Asia consultant at Nestle Super Premium, says the company plans to work on this niche segment through three channels of distribution. The first is hotels, restaurants and catering, the second is retail outlets (Nestle calls them 'boutiques'), and the third is selective retail outlets such as gourmet food stores. It has a boutique each in Chennai and Kolkata, and will open a third in South Delhi's Select Citywalk mall later in February.

By April, Movenpick will open in Mumbai and Bangalore, says SSF Director Tarun Sikka. Jorrit Castelein,  International Commercial Manager for Asia, Oceania and Africa at  Nestle Super Premium, says: "Bangalore and Hyderabad are among the focus cities for Movenpick." He says his company plans to introduce four new flavours in the Asian market this summer, and take the masala chai flavour to other countries.

He says: "We hope to expand at a reasonable pace this year. On consolidation of the concept, expansion will be more aggressive." Rao adds that the company plans to launch an Asia-specific range with some ingredients from India. He says its products are imported from Switzerland, so exchange rates can affect pricing (currently Rs 175 a scoop, or 83 per cent of Haagen-Dazs's Rs 210).

Rao says: "The Indian consumer has always had a sweet tooth, and our sweeter flavours - such as Caramelita and Maple Walnut - are fast-moving. However, our bestseller is Swiss Chocolate." India is a developing market, he says, so Movenpick's pricing is not comparable with advanced markets, where the price is typically 50 to 60 per cent above the market average.

Parag Milk Foods may enter the ice cream market too, says Vyas. "India is going to be the largest ice cream market in the world, as it's the largest producer and consumer of milk," he says. "The trend is that we will move up the value chain from milk to milk products in the next two decades."

Ice cream does not figure prominently in the Indian diet, according to industry experts. "However, in recent years, in the super-premium segment, awareness has been growing about the qualitative aspects of gourmet and luxury ice creams," says Castelein of Nestle Super Premium. "So there's a spurt in this segment. The business, however, is nascent, and has a long way to go in terms of development and volumes." He says he is positive about growth prospects, because Nestle has "a good consumer base to work with". He adds: "As our current business is very small, we are hopeful of a higher-than-median market growth rate for the segment this year."

Discerning customers are everywhere. The trick is to make products available and affordable. Fresh & Naturelle seems to have got it right with its high-end positioning and a sensible price range of Rs 39 to Rs 79 a scoop. The company's turnover grew 60 per cent last year to Rs 6 crore. That's slower than the 100 per cent growth rate before that, says Pabrai, and explains that growth has slowed because the company is consolidating its business. He says his rivals are global brands such as Movenpick, which are priced much higher.

Parag's Vyas says that cold chain development, and more outlets in hotels, gardens and railway stations, will help improve sales. "When I launched ice cream in 1996 at Amul from only fresh milk and fresh cream, consumption was 100 ml per person per year in India, which is 400 ml now," he says. With the market growing as fast as it is, reaching four litres per capita will not take another 18 years, he adds.

Vintage jewellery, though expensive, is back in fashion