Asking employees to leave may be inevitable, but companies can make the process less unpleasant and disheartening.
Sonal Khetarpal   Delhi     Print Edition: May 21, 2017 Tears, heated exchanges, shock and gloom. Emotional outbursts - sometimes escalating to banging fists on the table or getting belligerent - usually considered inappropriate have become commonplace in offices with more and more companies handing over the much-dreaded pink slips to employees. Often, there is an ambulance stationed outside offices, in case an employee faints, and security guards on standby to contain aggressive behaviour, says James Agrawal, Managing Director, ‎BTI Consultants.

Companies could be forced to let go of employees due to business restructuring, closure of a division, plummeting sales or technological changes, among other reasons. Layoffs are happening across sectors, but most prominently in e-commerce and IT services industries. Wipro recently served notices to 600 staffers, Cognizant is expected to retrench over 6,000 employees. Earlier this year, HDFC Bank laid off 4,581 employees. The biggest retrenchment in 2016 happened at Larsen & Toubro - 14,000 employees (11.2 per cent of its workforce) were shown the door. The pressure on IT services is driven by the tightening of work-visa rules by the US and Australia, coupled with the increase in adoption of automation and artificial intelligence.

In e-commerce, as funding dries up, companies are looking to reduce costs. These companies, hitherto flush with funds, had been in a phase of vertical growth and, in turn, on a hiring spree. Such hiring is often done in haste, devoid of strategic imperatives, leading to overstaffing, says Shailja Dutt, Founder and Chairperson of Stellar Search. The result is unpleasant, for both founders and employees. Food ordering firm TinyOwl became infamous overnight, back in November 2015, when its co-founder Gaurav Choudhary was reportedly held hostage by employees after the company painted a misleading picture of growth and asked them to leave abruptly after a meeting. Snapdeal laid off 600 employees in February this year. Its co-founder Kunal Bahl, in a letter to employees, was forthcoming. He said they had "made mistakes and started growing [the] business much before the right economic model".

Layoffs, if done haphazardly, can impact a company's brand equity. Prasenjit Bhattacharya, CEO, Great Places to Work Institute India, shares the story of a Delhi-based company that barred employees from entering the office one morning and called security guards to act as deterrents. The company had also stationed two ambulances outside. It has been eight years since, yet the company hasn't been able to regain its position in the Top 100 Great Places to Work list. "When it comes to layoffs, it is not what you do, but how you do that makes a difference," says Bhattacharya.

With a proper strategy, companies can avoid repercussions such as legal cases and employee unrest. Deepak Somaya, Stephen and Christy King Faculty Fellow, University of Illinois, says there's research that suggests if companies take care of people who are leaving, they create 'alumni goodwill'. In cases where the company helps employees get another job or addresses their concerns, the laid-off employees could even emerge as brand ambassadors. The bottom line, Somaya says, is even if companies are forced to lay off people, they should avoid creating a negative social impact.

It may seem clichéd, but HR experts vouch that communication determines the success of a retrenchment strategy. Companies need to share bad news, too, in a transparent manner, says Harjeet Khanduja, a senior HR executive. The entire organisation, not just the managers, has to be apprised of the business rationale for the decision, the objective criteria for picking up people and the following course of action. Companies usually try to keep things confidential until the last moment. There is nothing confidential about something that has to happen, he says. "People hate shocks. The more the shock, the more rigorous is the reaction." The truth is, if people are informed in advance, they can prepare themselves better.

Healthcare IT solutions company Anthelio (now part of Atos) had to shut down its Medical Account Receivable division, affecting 100+ employees. Its personnel were informed months in advance and given constant updates on the slow performance of the business. After the layoff decision was made, the leadership started meeting the people concerned thrice a month to address their anxieties.

Leaders, managers and the HR team need to speak the same language. However, managerial maturity is not a strong point in India; managers often miss out on the importance of clear and transparent communication. If the communication chain breaks, everyone suffers. "What is communicated in the boardroom must reach all the employees in the same manner and tone," Khanduja adds.

Direct communication can help control murmurs and put rumours to rest. It helps if a founder or senior leadership is present all along. "Since it is usually the founder who would have made tall promises while hiring the team, he/she should take equal ownership while conveying the bad news," says T.N. Hari, HR Head of BigBasket.

Companies are known to exploit the appraisal season to use performance as an alibi to let people go. To Hari, this practice is "plain cheap". Not only will that affect employees' morale but also perturb their personal lives and employment prospects. The question to be asked, Hari says, is 'would these companies have retrenched if the market was growing?'

People usually associate their self worth and standing with the job they have. Layoff is considered as a personal failure and not a business imperative, says Dutt of Stellar Search. So, when companies in India pull the plug on their staff, they are, in fact, damaging the person emotionally. Hence, companies have to be careful so as to devise a retrenchment process that doesn't undermine the dignity of the employees.

Agrawal of BTI says, "Employees are not so worried about losing the job but the uncertainties that come with it - confronting their family, finding a new job, paying EMIs, and managing medical bills of a sick parent." He recalls an incident when the India head of a global NGO was asked to leave. "He broke down; he was worried about his salary, which was in dollars, and the new house he had bought. It took 45 minutes to calm him down."

It helps when employees are informed personally instead of in groups so that they get an opportunity to speak, react and voice their concerns. "What we can do when they are speaking is remain quiet; not give false assurances or defend the decision, but just listen. Their speaking is a reaction to the bad news they have heard. That's the least we can do," adds Agrawal. Even after regaining composure, the thought of confronting family members is daunting. Agrawal shares the case of a senior manager who was retrenched but would dress up every day for almost four months and leave for work, because he couldn't muster the courage to inform his family. Having a counsellor on board to help employees and their families deal with such anxieties can be useful.

The most sincere way to go around a layoff is by helping employees leverage it as an opportunity to enhance their skills and career. Some companies hire outplacement service firms to help individuals transition to a new job and reorient themselves in the job market. "Some companies even offer better incentives to headhunters to get former employees absorbed in the industry," says Dutt. Special assistance is provided throughout the entire journey - from updating CVs, connecting to potential employers, giving recommendations, and preparing them for job interviews.

At Anthelio, recalls Khanduja, the paperwork and settlement was processed on the last day itself so people did not have to run around. A career room was created where people were asked about career choices - whether they wanted to continue working or pursue higher studies - and the support they would need from the company. "The idea was to let former employees express their feelings, share concerns and get support." Employees were given Laughing Buddha souvenirs for 'good luck' and a recommendation letter from the company. Further, Anthelio invited its five top competitors to recruit, and arranged interviews with employees. Almost 60 per cent of those who were laid off were recruited before their notice period ended; 20 per cent decided to study further, while the rest decided to not take a call at the time. 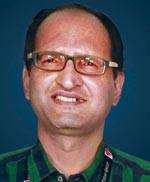 The idea of smiling, contented employees at the end of a retrenchment exercise may seem utopian. But if managed thoughtfully and responsibly, companies can steer clear of the 'ruthless' tag often associated with them and, in fact, create loyal brand ambassadors out of disgruntled employees.

"Do not need full ownership if you have a good partner"