Government's across the globe offer residency rights or citizenship for a sizeable investment in their economies.
By Rogelio Caceres | Print Edition: September 25, 2016 If you are wealthy, you can secure a US Green Card or even buy a passport. Yes, citizenship rights that can either improve your international mobility, tax planning, and even family security. And there are perfectly legal ways to go about this purchase. 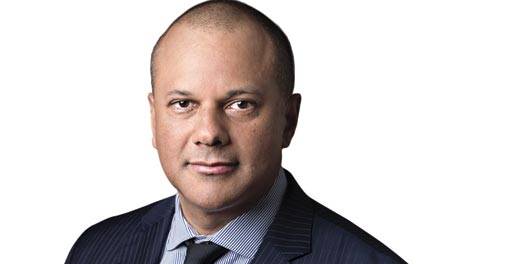 Rogelio Caceres
For more than 30 years, governments around the world have offered immigrant investor programmes, exchanging residency rights?or citizenship for a sizeable investment in their economies. The number of countries with immigrant investor programmes has increased dramatically in the past decade. In the European Union, about half of the member states now have dedicated immigrant investor programmes, including countries as diverse as the Netherlands, Latvia, Bulgaria, and Spain. In addition, new "citizenship by investment" programmes in the Caribbean and, more recently, in Malta have also gained traction. In fact, on August 31, India also announced a new investor visa programme where foreigners investing Rs 100 million($1.5 million) over 18 months, or Rs 250 million over three years, would be eligible to live in India for 10 years.

However, the most popular immigrant investor programmes can be found in traditional destination countries, such as the US, Canada, the UK and Australia, which issue several thousand visas each year to investors and their dependents.

The US leads the market, with 10,000 EB-5 visas issued in fiscal year 2015, while the UK issued around 1,600 investor visas during the same time period. Before Canada suspended its federal programme in March 2014, it issued between 2,000 and 3,000 investor residence permits per year.

The demand among prospective immigrant investors is also growing rapidly. For example, after two decades of relatively low numbers, the US's EB-5 immigrant investor programme has seen a significant surge since the 2008 global financial crisis, and for the first time, pushed the programme toward its annual cap of 10,000 visas in 2014. At the time of its termination, Canada's federal programme had a backlog of approximately 65,000 applications, with an estimated processing time of six years.

Currently, the Indian EB-5 investor market is the fourth largest in the world. The US awarded 111 EB-5 visas to Indian investors in FY 2015 (October 1, 2014 to September 30, 2015). As LCR Capital and other US-government approved investment firms (known as "Regional Centers") create awareness across the HNI community throughout India, we expect the number of investors to increase substantially in the coming years.

Immigrant investors typically come from emerging economies (e.g. India, Vietnam, etc.) or from countries experiencing ongoing political or economic instability (e.g. China, Brazil, Russia, etc.). China is the major source country for immigrant investors, dominating programmes in the US, Canada, Australia, and European locations like Portugal. Investors' backgrounds vary by country. However, European destinations have proved popular with Russians, while the US tends to be favoured by South American and Asian countries. Tumultuous political events like the Arab Spring have also created a strong demand from wealthy individuals in North Africa and the Middle-East.

Prospective investors seeking residency in developed countries, like the US, UK or Canada, usually decide to migrate because of a plethora of reasons.

• Better Educational and Professional Outcomes: The overwhelming recent surge in applications from international students (primarily from China and India), means the competition for acceptance into American universities is fiercer than ever. The most popular EB-5 investment option involves one of the parents (typically the non-breadwinner) becoming the EB-5 investor and sponsoring their child(ren). As US green card holders, the children will enjoy significant benefits, including (i) higher US university acceptance rates [not subject to international student quotas]; (ii) lower tuition costs, (iii) access to scholarships and (iv) expanded employment opportunities after graduation [not subject to annual H1-B annual visa lottery]. The spouse or children frequently take the role of principal applicant, as they are generally better placed to fulfil US residence requirements while the family's principal earner continues business activities abroad.

• Insurance Policy/Portfolio Diversification: Applicants may not want to emigrate immediately, but securing residence rights in a 'safe' country keeps this option open in case of future social, political or economic upheaval in their homeland. As with any other decision regarding a family's wealth, "residency risk" is worth evaluating and mitigating against.

• Visa-free travel: Businessmen and other frequent travellers can reduce the cost and time of applying for visas by gaining citizenship or residence rights in certain countries. The Passport Index firm recently published a report ranking the passports of all the countries in the world on the basis of their power. The US topped the list with 147 visa free countries. India, however, ranked 59 with Indian passport holders only able to travel to 58 countries (either without visa or through visa on arrival). The country list is based on the 193 members of United Nations. Chinese and Iranian nationals currently can travel without a visa to just 44 and 40 countries, respectively.

Immigrant investor programmes fall into two broad categories: those involving investments in the private sector and those requiring a transaction between the investor and the government.

Most countries include an option to qualify by investing in private-sector businesses. This is the only option available in the US, Singapore and the Netherlands. These programmes aim to create jobs by stimulating foreign investment. More recently, some countries have admitted applicants simply because they buy a private property in the country. The latter option has been popular among countries such as Latvia, Spain, Greece, and Portugal where property markets were badly affected by the late-2000s economic crisis. At LCR Capital Partners, we deploy EB-5 investments as growth capital in the US franchise industry, primarily in the quick service restaurant (QSR) sector, as well as in premier real estate projects.

Click here to Enlarge
In some countries, applicants give money directly to the government in the form of a non-refundable fee or low interest loan. Revenues can be spent on economic development projects and other government priorities. "Citizenship-by-investment" programmes are the best-known examples of this model, found in a handful of Caribbean islands and, more recently, in Malta. Other countries, such as the UK and Australia, admit investors who buy regular government bonds - a surprising policy choice since the transaction is thought to provide little economic benefit.

So, as a potential immigrant investor, what should you keep in mind?

One is the cost. Some countries, like the US, ask for investments in private-sector businesses, sometimes with the requirement to create?a certain number of jobs (the US programme requires a $500,000 investment that will create at least 10 American jobs per EB-5 investment). St. Kitts and Nevis, on the other hand, requires a cash donation of $430,000 to the government. Several of the newer programmes - particularly in the European Union - simply require wealthy individuals to purchase property for personal use. The chart above shows investment thresholds for a selection of investor programmes.

The second question to ask is: what status is on offer and do investors actually have to live in the country?

Most programmes grant temporary residence with a two-to-five-year pathway to full permanent residence, followed by citizenship. During this period, investors may need to spend a set period of time?in the country to extend their stay. A handful of countries, primarily in the Caribbean, offer immediate citizenship - a status that eliminates or minimises investors' need to spend any time in the country to maintain their status.

Third, what procedures ensure integrity and reduce the risk of abuse? Source of funds analysis as well as background checks typically verify that investors' funds come from a legal source and that the individuals have no criminal history.

In closing, international residence and citizenship planning has increasingly become a central part of prudent family planning and risk diversification for wealthy Indian families and individuals. Whether it is securing the best educational and professional opportunities for your children (US EB-5 investment visa) or securing a direct path to EU citizenship (Malta), it's important to assess the pros and cons of each country's investment immigration programme and match it to your own families' personal and professional objectives.

The writer is Co-Founder and CMO of LCR Capital Partners, a partner-owned, private investment firm.

Nashik-based Sarda Farms does not aggregate milk from milkmen