HDFC Bank, the largest private bank in India, pads up for its first major leadership transition as growth momentum speeds up 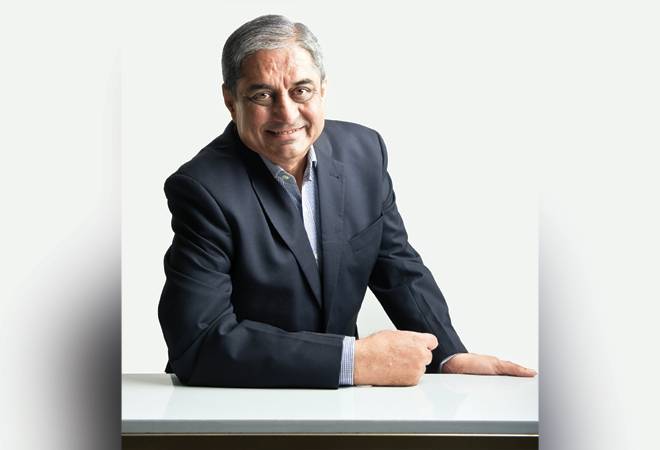 As the search for a new managing director intensifies at India's largest private bank, Aditya Puri, MD and CEO, HDFC Bank, has been shuttling from one destination to the other meeting customers, bank employees and government officials. A few weeks back, Puri was in Madikeri, a hill town in Karnataka. Over the past few months, the 69-year-old banker travelled to Uttaranchal, Himachal Pradesh and Sikkim to study customer needs and understand what the employees can do to build the bank further. While he will retire in October 2020, he doesn't want to sit and think back about how he built the bank over the last 25 years, and which now has assets of Rs 12 lakh crore, but work towards its future.

HDFC Bank, which started operations in 1994 with Puri as its first employee, has seen profits grow 10 times in the last decade. The bank posted a consolidated profit of Rs 22,446 crore, up 20.93 per cent, on income of Rs 1,24,108 crore in FY19. The bank's value in the stock market has increased 600 per cent in the last 10 years to Rs 6.5 lakh crore until February, when it became the most valued firm in the country after Reliance Industries and TCS. In the BT-KPMG Best Banks study, the bank has once again emerged as the winner in the large bank category based on quantitative study. It also bagged the Bank of the Year award along with State Bank of India.

Puri has been leading the bank as its coachman during these years, though he prefers to call himself "first among equals". The bank has nurtured talent. Many who now head other companies have worked there at various points. Rajesh Kumar, who used to be head of retail credit and risk unit at HDFC Bank, has joined as MD and CEO of TransUnion CIBIL, and Nitin Chugh has become MD of Ujjivan Small Finance Bank. "We have depth three ways down because we have collaborative management. I am not a top-down boss," says Puri.

He promises that the best person will succeed him at the helm. "Who is the right person for the job depends on what is our need. So, we will have to examine our need, along with attributes of the candidate. We are (open) to outsiders or insiders. When the bank has the scale, market, technology and people, it is poised to grow faster. The ground work has already been done," says Puri, adding that there are strong internal candidates who can take over from him any day.

However, they also decided to search for exceptional candidates outside the bank as they don't want to miss the best talent. "It is with this intention that the bank has appointed global executive search firm Egon Zehnder to prepare a list of candidates from inside as well as outside. They will come back with their list in March. The selection committee and me as its adviser will look at the candidates and short-list. The list will be given to the board, which will hand it over to the RBI in April or May," Puri says. Three executive directors - Kaizad Bharucha, Bhavesh Zaveri and Sashidhar Jagdishan - who are on the board, are believed to be top contenders for the post.

The six-member search committe was set up last November, and comprises Shyamala Gopinath, Sanjiv Sachar, M.D. Ranganath, Sandeep Parekh, Srikanth Nadhamuni and Keki Mistry. As a part of his exit process, Puri has sold a fifth of his stake in the bank, valued at Rs 156 crore, early February. Puri sold shares worth Rs 322 crore, which he had got largely through employee stock options, in the last five years.

The total income of the bank has recorded a compounded annual growth rate (CAGR) of 20.18 per cent in the last 10 years. The profit grew at a CAGR of 25.85 per cent during this period - from Rs 2,252 crore in FY09 to Rs a22,446 crore in FY19. When asked about whether his successor could continue to build the bank at this run rate, Puri says, "With the benign blessings of God, as we define God as Ram, Christ, Allah and Buddha, and the power of HDFC Bank team, I see no reason why such growth should not happen."

The bank is the undisputed leader in personal and auto loans, besides having 12.5 million credit card customers, the highest in the industry. Over 80 per cent of new credit cards issued are to the bank's existing customers to ensure low NPAs.

Known for its retail offerings, the bank is also expanding its corporate portfolio. While rising NPAs have forced other banks to shy away from big corporate lending, HDFC Bank's wholesale banking business recorded a healthy 31.9 per cent growth in FY19. In fact, corporate banking, to large and highly rated companies, remained the biggest component of the wholesale banking book.

The bank has also been selectively participating - through the National Company Law Tribunal (NCLT) route - in refinancing of several bankrupt companies acquired by promoters with a good track record. Even its non-banking financial company (NBFC) subsidiary, HDB Financial Services, is doing well in spite of the severe liquidity crunch that has been roiling the sector since last year. HDB, with a network of 1,350 branches across 981 cities in March 2019, had a loan book of Rs54,700 crore in March 2019. It posted a profit of Rs1,150 crore in FY19. Gross NPAs stood at a reasonable 1.8 per cent while capital adequacy ratio was 17.9 per cent.

HDFC Bank had 5,345 branches as on December 2019, of which 52 per cent were in metro and urban areas and the rest in semi-urban and rural areas. Of the domestic loan mix, 48 per cent is in retail and the rest wholesale. Gross NPAs stood at 1.42 per cent and net NPAs at 0.48 per cent in the December 2019 quarter. The proportion of current account savings account was 40 per cent. Capital adequacy ratio was 18.5 per cent. Net interest margins were 4.2 per cent.

Puri says HDFC Bank has been built through a collaborative effort of business and operational heads and employees. "Executives working on the ground say growth of the bank in the next five years is not a problem at all. The strategy is in place. We have the team and it has impeccable execution skills," he says. They keep themselves flexible to adapt to the changing economic conditions and customer demands.

"When we started the bank in 1994, we had public sector banks with geographical reach and financial muscle on one side. On the other side, there were foreign sector banks with a large product portfolio and impeccable service. We imagined a bank with both the qualities," he says. The bank, which started as a corporate lender, emerged as a retail giant in a short span of time.

"We had to run around since our first clients were Siemens, Reliance, IBM, the Tatas, the Birlas... That time people started ridiculing that half of the time, Aditya Puri was in the Birla canteen or roaming around. It was a hell of a job but we succeeded. We created a participative organisation."

When the fintech boom was threatening banks, Puri took a flight to Silicon Valley in 2014 and prepared a roadmap for digital transformation for the bank.

"Analysts predicted that banks would become dinosaurs. If a fintech can process loans fast, why can't I? If he can offer a wallet, why can't I? Why can't I be an aggregator for merchants? We came back and reinvented the bank," says Puri. As a result, it has been selected as the winner in BT-KPMG's study of best banks in fintech engagement. It has partnered with 190 institutes and 60 start-ups from educational institutes as part of its fintech initiative.

Its business in semi-urban and rural India is growing at twice the rate of the business in urban India. "We have 1.5 million merchants connected to the PoS system. It will go up to 10 million in the next three-four years," says Puri. He wants to turn the banking experience into a financial experience. "This means that if you want anything related to money, you come to us. We can offer it to you in any way you want."

Best Advice I Ever Got