The Saawariya promo is really no different from hundreds of other similar trailers. The only difference: the movie has a Hollywood producer. For the first time one of Hollywood’s Big 6 studios is co-producing a Hindi film. SPE Films India, the Indian arm of Sony Pictures Entertainment has co-produced Saawariya in partnership with Bollywood producer-director Sanjay Leela Bhansali’s film production house.

It’s a typical Bollywood sequence—a beautiful young girl in a flowing gown sways around waiting for her lover; around her is a troupe of other young women dancing to the beat of a lively song. The teaser promo of Saawariya is really no different from hundreds of other similar trailers.

The only difference: the movie has a Hollywood producer. SPE Films India, the Indian arm of Sony Pictures Entertainment (SPE), better known in India by its previous name, Columbia TriStar Films of India, has co-produced Saawariya in partnership with Bollywood producer-director Sanjay Leela Bhansali’s film production house SLB Films. This is the first time that one of Hollywood’s Big 6 studios is co-producing a Hindi film.

Thus far, Hollywood studios have had only a peripheral presence in India, sticking to the traditional business of distributing their own—and sometimes, independently made films— in the country. Result: Hollywood’s share of the Indian film entertainment pie is a minuscule 3-4 per cent.

But the big money lies in producing and distributing local films, and that is the path that some of the big boys of Hollywood are now taking. “India has a rich and prolific film history,” says Michael Lynton, Chairman and Chief Executive Officer, SPE, “and we, at Sony Pictures, recognise the potential of the Indian market and welcome the opportunity to team up with the film industry in India.” Adds Gareth Wigan, Vice Chairman of Columbia TriStar Motion Picture Group, the main operating company within the SPE fold: “This historic co-production is a step towards the integration of two of the world’s biggest film production communities and offers an excellent opportunity for the enormous talent in India to interact with a Hollywood studio.”

Thus, Saawariya, which is due to release this November, marks a defining moment for the Indian film industry. “It signals the dawn of a new and exciting chapter in the life of SPE Films India,” says Uday Singh, CEO of SPE Films India.

Hollywood first began testing the waters in the regional language market with dubbed versions of its English hits. The trend started with Jurassic Park in 1994. This was followed by Titanic in 1998. The success of these two films—the dubbed versions contributed as much as 25  to 40 per cent of their gross collections in India—highlighted the potential of the market. These were followed by Spiderman and Spiderman 2, Godzilla and Casino Royale, all of which reported multimillion dollar collections, thanks mainly to their dubbed versions. According to SPRI figures, 50 per cent to 60 per cent of its revenues in India come from dubbed versions of Hollywood movies. From there to local film production is, thus, a natural progression.

The obvious attraction is the size of the Indian market. The revenues of the Indian film industry, which were at Rs 5,990 crore in 2004, are expected to touch Rs 9,680 crore this year and grow further to Rs 17,500 crore by 2011, according to a projection by Pricewaterhouse-Coopers. Throw in television, home video rentals and film-related merchandising, and the pie is clearly too large for any serious player to ignore. Result: Sony, Viacom-Paramount, Time-Warner, Walt Disney, and Fox are sitting up and taking notice. Only Universal Studios has not yet announced any India plans.

This has helped Sony Pictures Releasing India (SPRI), its Indian arm, cross the Rs 100-crore turnover mark four times in the last six years. In the first nine months of this calendar year, it has already clocked Rs 132 crore at the box office. Says Singh: “It’s the multiplex boom and the rising acceptability of dubbed films that has widened the mass appeal of Hollywood films in India.” The figures for the other studios were not available.

Viacom, which has a presence in India through Paramount Pictures (which distributes only Hollywood films) and through TV channels like MTV, VH1 and Nickelodeon, is another studio that is very bullish on India. Last year when Tom Freston, former CEO and President of Viacom, was in India for the global entertainment conference Frames, he had clearly said that Viacom was targeting a large part of its future growth from India. Viacom has since entered into a joint venture with TV 18 to form Viacom18. Though Viacom’s Paramount Pictures and DreamWorks Studios are not party to the new JV, Philippe Dauman, CEO, Viacom, says the two studios will seek to collaborate with the new company in India. However, it is yet to announce any specific plans in this direction.

The other Hollywood studio that is moving aggressively in India is Walt Disney. It has tied up with Yash Chopra’s Yash Raj Films, to make animation films and its first film, Roadside Romeo, is scheduled for release next year. Mark Zoradi, President, Walt Disney Motion Pictures Group, says this development is more “strategic” than anything his company has ever done before. “This is the first time that we have committed to a local language, country-specific, animated project exclusively with a local player.” Roadside Romeo is targeted at Indians both in India and abroad. “India remains a top priority for The Walt Disney Company,” says a company spokesperson.

Then, Warner Brothers, too, has announced its foray into Bollywood. The studio has signed a co-production agreement with Ramesh Sippy Productions and Orion Pictures to make a mainstream Bollywood film called Made in China, starring Akshay Kumar and Deepika Padukone. The estimated $12-million (Rs 48 crore) action film is entirely financed by Warner and will be the first Indian production to be shot on location in China. The production is expected to start in January.

Hollywood’s interest in Bollywood is understandable, but what’s in it for Indian filmmakers? Says Sippy: “We will gain greater knowledge and understanding of the systems followed in Hollywood, and I am sure that both sides will gain a lot from each other.” Adds Yash Chopra: “Our alliance with Walt Disney Studios represents the coming together of two like-minded organisations committed to creating excellent products. Both companies not only have a common quest for excellence but also the same culture and traditions.”

However, Ritesh Sidhwani, Founder and Producer, Excel Entertainment, which has produced successful films like Dil Chahta Hai, Lakshya, Don and Honeymoon Travels, has a slightly contrarian point of view. “They (Hollywood studios) need to bring more value to the table than just finance. Right now, they are only pumping in money, which is not difficult to get in India. I’ll tie up with a Hollywood studio only if it allows me to redefine Indian cinema,” he says. Ronnie Screwvala, CEO of UTV Motion Pictures, dittos this sentiment (see UTV Goes to Hollywood).

So, will the Hollywood invasion really change the way films are made in India? Obviously, it is the size of the Indian market and its growth potential—it is projected to grow at a CAGR of 16 per cent over the next five years—that is drawing the big studios here. Hollywood studios are eyeing a larger presence in India; therefore, they want to be a part of Bollywood. Whether this actually translates into greater transparency, and better systems, remains an open question. Currently mainstream Hindi films not only rule the box office but also define entertainment in India. Film music dominates the musical landscape, which is why international music companies like Sony BMG have also started releasing Bollywood film music albums apart from the international music albums, while local stars have become eye candy for advertisers to endorse their products.

In the wake of these realities, Hollywood is changing its India game plan. In the past, the studios paid lip service to the notion of acquiring remake rights or the possibility of exporting made-in-India English films to wider international audiences. But that is changing now. As Sony’s Singh explains: “We definitely cannot lose sight of the revenue streams emerging in this market and need to grab the opportunity as it comes.”

It’s not only the big screen where the Hollywood studios are seeing a potential. The idiot box is an equally enticing medium for the international players to rake in some moolah. With many satellite channels going into the movie space, the market and reach of dubbed Hollywood films has increased manifold. As understood from TAM Media Research, in 2006, Hollywood films such as Stuart Little, Titanic, The Lost World: Jurassic Park were among the top 50 Hindi-dubbed films watched on televison across various channels like Max, Star Gold and Pogo. The international kids’ TV channels present in India, like Disney and Turner International, which own Cartoon Network and Pogo, respectively, are also now going for original Hindi TV productions for their channels. And why not? Among all the entertainment segments of the industry, the television industry alone is expected to grow from its present size of Rs 19,100 crore to Rs 51,900 crore by 2011, implying a 22 per cent cumulative annual growth over the next five years, says the PricewaterhouseCooper report.

So, does this mark the coming of age of Bollywood in the Indian market? “At the turn of the century, there was a lot of promise in the air about globalisation in Indian cinema and now this co-production venture with Warner Brothers is bringing that dream closer to reality,” says Sippy. That day is not far when a large chunk of mainstream Hindi films will be made by Hollywood studios.

Music: Sony-BMG is a well-established international music label in India. It does international, Indipop and Hindi film music.

Home Video: Has set up its home video unit.

Television Broadcasting: SET India has been in India for the last 10 years and broadcasts a large bouquet of channels.

UTV is beating a contrarian path. It is looking at co-productions in Hollywood, and has tied up with 20th Century Fox, Sony Pictures Entertainment and Walt Disney Studio and with directors like Mira Nair, Chris Rock, M. Night Shyamalan and actor Will Smith for international productions. 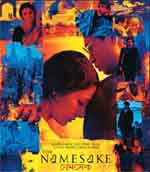 Two of UTV’s co-productions with Fox—Mira Nair’s Namesake and Chris Rock’s I think I Love My Wife—have already been released worldwide, in over 4,000 screens across 12 countries.

Says Ronnie Screwvala, CEO, UTV: “Tying up with Hollywood studios, which only bring in finance, for Indian productions does not make sense for us.” Instead, he is expanding his presence in Hollywood to produce films for global audiences.

Siddharth Roy Kapur, EVP, UTV Motion Pictures, explains the rationale behind UTV’s sojourn to Hollywood: “Co-productions are very safe and profitable because we are dealing with top talent and that ensures great openings.”