Wooing the 'She' Guest!

Travelling alone can be incredibly liberating for a woman. Does she need to worry about staying alone? The hospitality industry says 'NO'
By Sharmila Chand | Print Edition: April 10, 2016 The 'solo lady traveller' is the fastest-growing demographic of the travel industry. As per the 'Women Traveller Survey 2015' done by TripAdvisor, 41 per cent out of 1,300 women surveyed had travelled alone that year. This figure was 37 per cent in the 2014 survey.

What's more, Indian women seem to be more independent than their global counterparts. Close to 29 per cent said travelling solo changed their thinking about life; the global average was 15 per cent.

Piya Bose, a corporate lawyer-turned-travel enthusiast who has founded 'Girls on the Go', a women's-only travel club that takes members to new and exotic destinations, says, "Indian women now have the time and finances to explore the world and are finally packing their bags to travel to distant places like Mongolia and Antarctica without dragging family and friends along."

The hospitality industry has latched on to the trend. A lot of hotel chains have started offering packages and programmes exclusively for women guests. 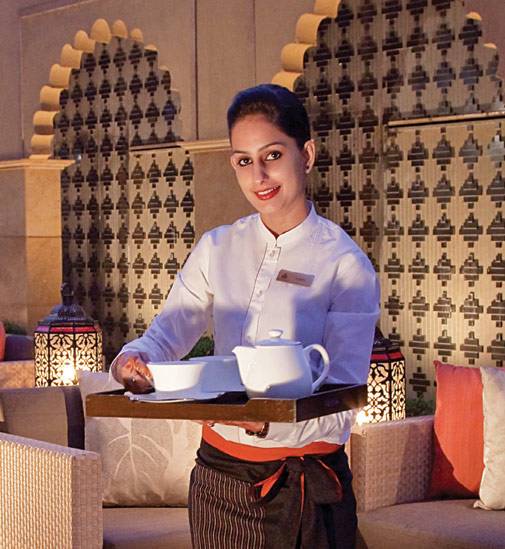 ITC Hotels has dedicated Eva floors for women guests. At ITC Windsor, Bangalore, the plush Eva rooms on the exclusive floor are attended to by an exclusive team of women associates. The pampering begins with a welcome drink by the butler, who also helps the guest in unpacking and setting things right. In the evening, she wheels in the Chef's Trolley with petit fours, a delightful treat, which changes every day and is made especially by the chef for guests on the Eva floor.

One of the defining features of Eva floors is the interactive door bell, which enables the guest to see the visitor without opening the door or even moving towards the door. This is besides a video phone. Plus, all telephone calls are screened by the operator before being passed on to the guest.

"The Eva floor, now integral to our hotels, expresses our appreciation of the woman business traveller. It endeavours to pamper her and to make her smile and luxuriate in our hospitality," says Virender Razdan, General Manager, ITC Windsor Bengaluru.

The Imperial Hotel, New Delhi, has Eliza, a programme that gives single women travellers unique privileges. The hotels 'Single Lady Corridor' comprises 12 Eliza rooms on the third floor. Each room has a separate door camera for security. Flower arrangements, vanity sets and specially designed linen add a feminine touch. "Ever since we launched the programme, the occupancy rate for these rooms has been 70-75 per cent, predominantly due to guests from European and US markets," says Vijay Wanchoo, Senior Executive VP & GM, The Imperial Hotel.

The dedicated all-women team at Leela Palace, New Delhi, treats its single woman guests like a 'lotus flower', which deserves special care. Its 'Kamal' package offers several bespoke women-friendly services. Besides several security and personal services, the guests even get a selection of books by leading women Indian authors, yoga mats and styling accessories. On request, they can go for a private yoga session, live cooking demonstration by an Indian chef or use the services of a make-up stylist.

"The business woman traveller is one of the fastest-growing segments with year-on-year growth of about 50 per cent. The business from this segment stands at 15 per cent," says Louis Sailer, General Manager, The Leela Palace, New Delhi. 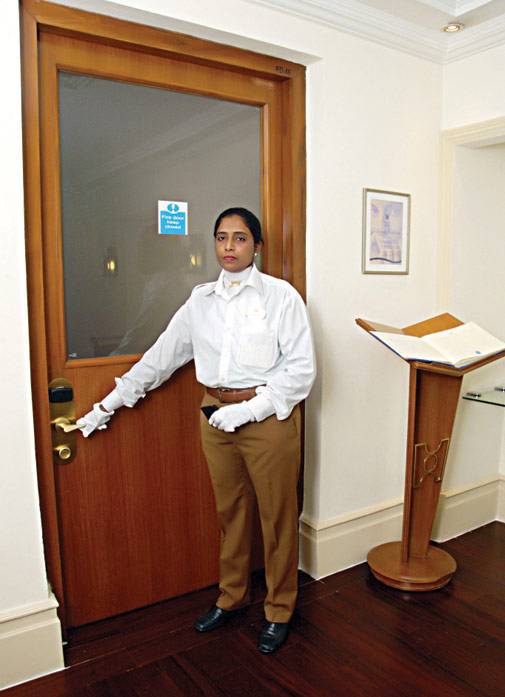 Sheraton Bangalore Hotel at Brigade Gateway assigns guests a lady concierge who can be called on her mobile directly. Women travellers can also use Sheraton's gym-in-the-bag, which includes workout cards, workout mat, foam rolls, resistance band and massage stick; it is delivered to the room.

The hotel's plans have so far worked to perfection. "In 2014 and 2015, 17 per cent travellers staying with us were single women," says Saurabh Bakshi, General Manager, Sheraton Bangalore. ~

The author is a Delhi-based freelance journalist