How a techie's love for fish drove him to set up a fresh meat delivery company.
By Venkatesha Babu | Print Edition: September 11, 2016 Shan Kadavil, the former head of India operations of social gaming company Zynga, loved his fish curry and rice. So much so that when the supply of his favourite Chala Mathi (a thorny sardine) fish stopped, he decided to take the matter into his own hands. "I couldn't do without my fish curry. The fish I was accustomed to getting from my regular vendor was fresh and tasted great. When I tried out other suppliers, including fish from the local Russell Market in Bangalore, it did not taste the same and had a chemical smell to boot," recalls Kadavil, CEO and Co-founder of Freshtohome.

In his quest for finding the reason for it, he met Mathew Joseph, now the Co-founder of Freshtohome. Based in Cochin, Joseph hails from a traditional fish exporter family that has been in the business for a couple of decades. According to him, 10 years ago, majority of the fish catch in the country was exported. However, with growing incomes and enhanced affordability, India today consumes 90 per cent of the fish it catches and the rest is exported. India is the second largest producer and consumer of fish after China. 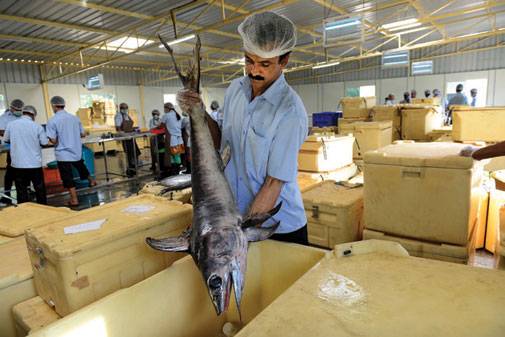 In 2012, on realising the potential of the domestic market, Joseph launched an online fish market called Sea to Home to service markets such as Bangalore. But without the technical chops and marketing expertise, scaling up had become a challenge. Besides, transporting a perishable commodity like fish in time to far-off markets had become a logistical nightmare. Consequently, his supplies to markets like Bangalore, where Kadavil was based, ran into problems.

The Department of Fisheries estimated the size of the domestic seafood market alone at around $10-12 billion in 2014 - the latest full year for which numbers are available. The total size of the Indian market for perishables like milk (dairy), fruits and vegetables as well as fish and meat is estimated at $250 billion. With a long coastline, numerous rivers and water bodies, and a sizeable population that eats non-vegetarian food, India has always had an appetite for seafood, which Kadavil and Joseph got together to satiate.

Joseph brought in his expertise from the supply side and inventory, while Shan got his technical knowledge in enterprise software and cloud computing, marketing and fundraising skills, to launch Freshtohome in August 2015, as a successor to Sea to Home, albeit "completely revamped". To begin with, they decided to cater to Bangalore where e-commerce penetration was high and, because of the presence of many well-paid technology workers, affordability was a given.

The fisheries industry in India is one of the largest employers with 14 million people dependent on it. But only less than 1 per cent of the market is organised. There are mega trawlers that are at sea for up to three months, which means fish caught in the interim are frozen for preservation. Then there are small fishermen like 40-year-old Anthony from the Arthunkal coast of scenic Alleppey, in Kerala, who are up at the crack of dawn in motorised boats to net their catch of the day. Most people living near the coast prefer his catch because the fish is fresher and believed to be tastier. The challenges for Kadavil and his team were to ensure fresh fish supply to far-off markets like Bangalore without using chemical preservatives, amid other structural challenges like transportation, where Joseph had failed in his earlier attempt.

Unfortunately, till recently, middlemen - who would aggregate catch from several small fishermen like Anthony and sell to large buyers - controlled the price they fetched. Freshtohome decided to eliminate their involvement by creating an Android app wherein a fisherman could bargain to sell the produce at a remunerative price. "Their app is very helpful for small fishermen like me to sell. People get good quality fish and since there is no middleman, we get a good price," Anthony says. 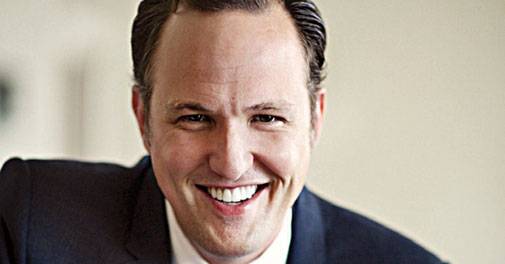 Kadavil claims that Freshtohome does not use harmful chemicals to preserve fish. "People are increasingly becoming aware of food safety rules. Besides, the ability to order online and get it delivered to home was the icing on the cake. We realised it was true for all meat products. The market was ripe for disruption."

Freshtohome invested in eight refrigerated trucks to service land-locked markets like Bangalore. Supplies are sourced from Cochin, Mangalore and Tuticorin, which are just six to eight hours away. "From the time it is caught to the time it is delivered to end user may take between six and 16 hours," Kadavil says. Once the platform stabilised, Freshtohome started offering other kinds of meat like chicken, goat and sheep. "Our value proposition is chemical-free meat delivered to home. The meat we supply is hygienic, hormone-free, antibiotic-residue-free and hassle-free. Even the ice we use is from RO water," he adds.

Freshtohome has done a soft launch in markets like Delhi, Cochin and Trivandrum. "Until we work out the complete logistics in Delhi, for instance, we are flying in fresh produce from places like Kolkata to cater to that market. However, once it reaches a certain volume and our logistics chain is in place, we will start supplying by road from nearby markets," Kadavil says.

The company has raised an undisclosed sum of money early this year from angel investors including the likes of Mark Pincus, CEO and Founder of Zynga, David Krane, CEO of Google Ventures, Pavan Ongole formerly of SoftBank Capital, Rajan Anandan of Google India as well as a host of others. Alex Garden, Executive Chairman at ZUME Pizza and angel investor in Freshtohome, says, "Not only is the team reinventing the way perishable fish and meat are distributed in India, but also improving the lives of fishermen and farmers while improving the health of Indian consumers. It's rare to find such a capable team working on such an interesting company in such an incredible market."

Freshtohome is working with 1,000+ fishermen and farmers to source its products. "We have more than 60,000 customers and two out of three customers are repeat ones," Kadavil claims.

Cadir Lee, President and CTO of OhmConnect, and former CTO of Zynga, who has invested in the company, says, "I like to invest in great business ideas that can have a positive social impact. Freshtohome met both those criteria with their emphasis on bringing healthier, fresher food to everyone and streamlining the process with technology."

Freshtohome has 150 employees currently. "We are doing 2,000 orders a day and moving six tonnes of produce. Our growth is constrained only by two things - our ability to source the right quality of supply and ensuring flawless logistics. Since this is a logistics-intensive play, we will roll out nationally, city-by-city, but after thoroughly testing the waters."

There are other players in this meaty market. Bigbasket, the online grocery retailer, has a large seafood and meat produce offering. Others like EasyMeat, Zappfresh and Licious also offer fresh meat. But Kadavil is not worried. "My competition is the local wet market and the neighbourhood butcher. The market is large enough for a number of players, but we intend to be the leader," he says.

Spectrum auction likely to get subdued response from telcos