IT Industry and fraud

The Satyam fraud may seem just an isolated case—but thanks to the IT and ITES sector’s unique characteristics, there is enough to suggest room for more frauds. Here is a quick checklist. 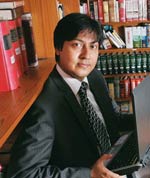 Debanjan Banerjee, Partner, Fox Mandal Little
Recession. Slowdown. Companies across sectors praying for customers. Contrast that with information technology and business process outsourcing firms, where customer count was always a recurrent boast. Before Satyam, that is: investigators into the Satyam scam are now trying to find out, among other things, if the IT major at all had the large customer base it used to claim before promoter B. Ramalinga Raju was caught with his hand in the till.

Among the other things Satyam inflated or is suspected to have inflated: earnings and employee headcount. For the authorities, regulators, investors and industry brethren, the Satyam case has raised a red flag over the entire IT industry and its numbers. The nature of their products make physical verification almost impossible. Conventional methods are more geared to checking how many tables, chairs and equipment exist and not for an equivalent audit of, say, how many customers it has, who they are and what their order size is.

Observers feel that IT companies and their auditors need to devise foolproof ways to measure customers, employee numbers and orders/ sales, even though industry insiders say this is a time-consuming job in a sector traditionally in a hurry to declare quarterly results. The trade-off is between doing things thoroughly and doing things quickly. Apart from land in the Indian context, people form the asset base of an IT company. The focus has been to attract and retain people by “paying more” and offering a campus life that is the envy of other sectors. In IT, the ability to earn revenues is entirely dependent on the headcount, which is akin to plant capacity in manufacturing. One of the first questions emerging from the Satyam scam—till the time the new board members clarified—related to headcount. Did the company actually have as many as it claimed, or was money being siphoned out in the name of fake employees? Tushar Chawla, Partner, Economic Laws Practice
The metric system
Then, the metrics, or numbers relating to billing rates, utilisation, dollar size of clients and man-months billed. IT is the most metrics-driven sector across industries—and there lies another danger. Consider what analysts at Edelweiss Securities point out: “Back in 2000-01, when Infosys was the first in the IT sector to make public operating metrics such as billing rates, utilisation, client metrics and man-months billed, little did we know that this consistent and tireless action on the part of Infosys was to usher in a metrics-driven information revolution.’’

Soon enough, other IT companies followed suit. No one questioned the metrics, even though they are self-reported and certainly not audited by external auditors. The Satyam scam will cast a cloud over the metrics claims of all IT outfits, till may be there is an audit in place.

As an Edelweiss report notes: “In theory, metrics such as utilisation, billing rates, onsite-offshore split can be manipulated so as to provide consistency and assurance with the reported revenues.” The report is captioned: “Weighing Consequences of Satyam on Indian IT and India Inc.”

Exports: Zeros & Ones?
After numbers and metrics, comes the biggest black hole: the product or service exports that form the very basis of an IT firm’s revenues. IT exports are not like physical items such as automobiles, garments or ore that can be counted, weighed, valued or even seen by customs and tax authorities as they are shipped. IT exports are software, complex and customised code that travels over broadband to the buyer.

There are checks and balances and IT companies do need to fill in a Software Export Declaration (Softex) form with the Software Technology Parks of India. But there is no way of checking the value, when value lies in the eyes of the buyer, or input costs, when inputs are intellectual. Debanjan Banerjee, Partner at the law firm Fox Mandal Little, says: “In spite of these controls, there are cases of fudging… then the artificial figures of sales and receivables and inflated profits push up share prices, and benefit the promoters as they sell or pledge their shares.”

“The ‘software products’ of IT/ITES firms are predominantly intangible in nature, and, therefore, it is difficult to make an assessment of the price. There are no checks and balances if a firm decides to sell similar packages to different customers at vastly different prices. There may be wide variation between price points depending on the nature of the product, the service provider and the end-customer,” he points out.

Accounting Standard X
That leads to the question of accounting practices and standards. Take a simple case of cost of completion method of accounting where, if you start recognising revenues but do not book all the costs or do not book the real costs, you could constantly have inflated profits. As Tushar Chawla, Partner, Economic Laws Practice, a law firm, says: “The most common malpractice observed in IT companies seems to be the reporting of inflated figures, done by booking fictitious income, i.e., income from nonexistent customers or inflated income from existing customers.” 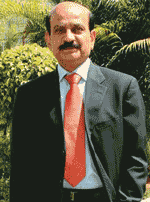 B.V.R. Mohan Reddy, CMD, Infotech Enterprises
He cites a multinational IT major that had inflated revenues by booking sales of software licences that were actually transferred to a related distributor. Satyam seemed to have gone a step further by showing fictitious cash and bank balances. So, why should an IT company do all this—book fictitious exports, inflate income etc? Money laundering. “A lot of IT companies are merely incorporated as shell companies that are actually laundering money,” says Chawla. According to him, a nexus has emerged between the export earnings of IT companies and money laundering transactions, with a large number using hawala for showing export incomes.

Without naming any company, he says this could be driven by the fact that, with export earnings and earnings per share shrinking, promoters are more likely to show inflated income either to get good finances or to exit. This again, Chawla says, would not be happening in big companies but in small ones with revenues of $10-100 million. Listed entities, especially. “This also allows the promoters to convert their cash into official export income at a low premium without paying any income tax,” he says.

However, Indian IT does not mean just the Big Four or Big Five. According to NASSCOM’s recent strategic review 2009, the Indian IT-BPO export industry has seven players with revenues over $1 billion each. They accounted for over 47-48 per cent of software and services exports in fiscal year 2008.

Rivers of cash
As Banerjee of Fox Mandal Little says: “The IT sector is export-oriented and very cash rich. Naturally, the cash and receivables management takes a key role. …It makes it easier for the companies to move the liquid cash from one company to another, especially through various investment vehicles and structures.” “There are possibilities of overand under-invoicing and cross border fund mobilisation and movement,” he says. Because of the rapid expansion of the sector and its export-earning capacity, the regulatory system and accounting practices are often not fully operationalised.

“That keeps loopholes for informal movement of currencies through several devices,” he says. Auditors stress the need to be very careful in making an invoice and tracking work-in-progress as well as receivables. Are the IT companies doing so? Four months ago, who knew what was happening at Satyam? There is good reason, therefore, that B.V.R. Mohan Reddy, Chairman and Managing Director of Hyderabad-based Infotech Enterprises, an IT solutions provider, says: “The systems and processes we have at this point are good enough but there has only to be a rigour in following them.” Banerjee points out that the IT majors have “a high degree of internal checks and controls and people like compliance officers, risk assurance officers and revenue leakage assurance in place to ensure that accruals of revenue are genuine and accurate.” Also, it is not as if companies are free from external checks, says Banerjee. IT companies are not totally tax-free.

As the IT sector waits for the Satyam report card, it is ironic that a company whose founder believed in speed and detailed metrics finds itself stuck in netherland. There is no Raju to preach his favourite metrics: the 6 Ps (people, process, product, proliferation, patent and promotion), 5 Rs or the service outcome attributes (faster, better, cheaper, larger and steadier) and the various indexes. The abstract defined. The definable abstracted.

Luxury in a slowdown