Mobile money has been a stupendous success in Africa. Indias telecom companies will have to learn a lot from the model if they want to make a mark. Rudra Mukherjee, an unapologetic hunter for online bargains, has been using mobile wallets for three years. Even though he has dozens of apps on his phone - Moto G5 Plus, which he bought from Flipkart - he's sagacious enough to not give space to apps that don't offer deals. "I have Paytm and MobiKwik mobile wallets because of cashbacks they give on mobile recharges, purchase of movie tickets and online shopping," he says. "I had Airtel Money also, but removed it. It doesn't have as many features as Paytm," he says.

Mukherjee doesn't splurge. He spends about Rs 10,000 a year online, but that's not atypical for a 20-year-old student. With time, this is likely to rise, but services such as M-Pesa and Airtel Money seem to be lagging in tapping people such as him - in sharp contrast to the money transfer revolution they have brought about in Africa. For instance, the Sub-Saharan region has 277 million registered users of mobile money, more than the number of bank accounts. More than 40 per cent adult population in Kenya, Tanzania, Zimbabwe, Ghana, Uganda and Namibia is using mobile money actively. Kenya, which has 46.05 million people, or 0.04 per cent of India's population, has about 19 million M-Pesa users, compared with 16.4 million in India.

There are several reasons for such contrasting performances, such as the risk of theft and steep bank charges in Africa. Also, The uptick of mobile money services of telecom companies has been slow in India due to aggressive cashback programmes of non-telecom operators (such as Paytm and MobiKwik), high transaction costs, especially in case of payments banks, and limited application of mobile wallets for consumers and businesses.

Still, there are things that Indian companies as well as regulators can learn from the Africa experience - not the least of which is light regulation and the need to innovate and offer solutions to specific local problems.

While mobile money has been around since 2001 (the first service was launched in the Philippines), the turning point was in 2007, when Kenya's mobile operator, Safaricom, in which Voafone has a stake, introduced M-Pesa to give farmers in remote areas a way to sell their produce and receive payments. It was an instant hit. By 2008-end, M-Pesa there became the first mobile money service to cross one million active accounts. Two years later, Tanzania became the second-biggest mobile money market.

M-Pesa's success spawned other services in the continent, including Airtel Money, launched in 2012. Today, M-Pesa has over 30 million users in 10 countries; it leads in Kenya, Tanzania and Uganda. It processed around six billion transactions in 2016 at a peak rate of 529 per second. The other successful mobile money platforms are Airtel Money, available in 16 countries in Africa, and MTN Mobile Money, which serves 15 countries.

But what is it that Africa has but India does not? One of the drivers there, say experts, has been the high risk involved in carrying cash. "There's a security challenge in Africa. People started keeping money in phones because of that. It became a habit," says Prashant Singhal, ‎global telecommunications leader at consultancy EY.

Another reason is convenience and presence of the entire ecosystem of products and services. In 2006, mobile money was primarily used to send money (within the country) and for recharges. It has evolved to include international remittances, bill payments, merchant payments, bulk disbursements, loans and savings accounts. And this, say experts, is the biggest reason for the popularity of M-Pesa and others in countries such as Kenya and Tanzania. For instance, there is a huge demand for remittances, as using conventional channels for this is highly costly all over the world. In contrast, India allows bill payments and merchant transfers, but non-banks cannot facilitate international remittances through mobile without a banking partner. Africa has also taken a lead in bulk disbursements such as payment of salaries and subsidies. "The recent growth in bulk disbursements is driven by the rise in the number of companies using mobile money providers to pay employees. In 2016, more than 52 per cent bulk disbursements were business-to-person transfers, compared to 32 per cent in the previous year," says a GSMA report. GSMA represents interests of mobile operators worldwide.

Another major driver of mobile money in Africa has been the fact that millions of individuals and businesses do not have access to credit. Mobile transfers help them generate transactions history and borrow money. In 2016, 52 live mobile money-enabled credit services were available, up from seven services in 2011. In India, digital wallets are not involved in lending.

Another reason is shortage of banks and high cost of transactions there. Take ATM withdrawals. Pan-African banking group Stanbic Bank charges 900 Tanzanian Shilling (TZS) for every withdrawal at its own ATM and 2,500 TZS for withdrawal at other banks' ATMs. In India, banks have largely kept ATM transactions at own ATMs free; at other banks' ATMs, up to three transactions are free. "In places such as Kenya, Madagascar, Uganda and Tanzania, 90 per cent population is unbanked, and so the number of mobile money accounts is more than the number of traditional bank accounts. If we take Kenya, the adoption there was faster as other options were limited - banking penetration was low and carrying cash was not seen as safe," says Sandeep Kataria, Director at Vodafone M-Pesa, adding that the total value of mobile money transactions in Kenya is equivalent to 60 per cent of its GDP; 45 per cent is through M-Pesa.

Can India do it?

The biggest push to digitisation of payments in India was the government's move to ban old `1,000 and `500 currency notes in November. Till then, 78 per cent consumer transactions used to be in cash, while 75 per cent online purchases were through cash on delivery. The value of transactions through pre-paid instruments such as mobile wallets, prepaid cards and paper vouchers rose 71 per cent in 2016/17 to `83,868 crore. Much of this rise came after demonetisation.

In this landscape, while Airtel Money and M-Pesa are scratching the surface, Paytm has surged far ahead with over 200 million users. In total, India has 13 mobile money providers, second only to Nigeria. "That's because there are not enough use cases for mobile wallets here. The entire wallet industry is about developing use cases," says an analyst. For instance, Uber India has tied up with Paytm to enable customers to pay for their rides. This happened after the RBI termed Uber's own payment system illegal.

In India, mobile wallets are used mainly for business-to-consumer deals such as mobile top-ups and bill/merchant payments. And here too, in case of players such as Paytm, MobiKwik and Ola Money, the growth is driven by cashbacks. M-Pesa and Airtel Money, due to lack of enthusiasm for cashbacks, have lagged. However, with e-commerce and mobile wallet players slowing down on cashback offers due to investors' pressure for profitability, the field may become level for players such as Paytm and services such as Airtel Money.

"Mobile wallets have concentrated on merchant tie-ups, but that's a small segment. We haven't gone to the business-to-business segment, which can be a volume driver. With GST, the informal economy is likely to shrink, and people might start using wallets," says an analyst. Merchant payments accounted for 5.1 per cent transactions in volume terms and 4.7 per cent in value terms in 2016. In comparison, person-to-person transactions accounted for 68.7 per cent mobile money transactions globally in 2016.

Boston Consulting Group says mobile banking will be a $40-50 billion opportunity in India in 2020. "The use of m-wallets in India was driven by cashbacks but now it has become a habit. Customer habits change over a period. Cashback is one way of influencing customer behaviour in the short term. This major shift has been deemed possible due to demonetisation," says Vodafone's Kataria. 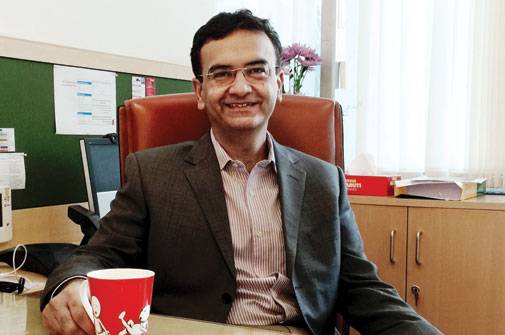 In late 2016, Airtel started the first payments bank, 15 months after the RBI gave in-principle licences. Payments banks are somewhere between a full-fledged bank and a mobile money provider in the sense that they cannot lend and have strict limitations on investing deposits. The introduction of payments banks allows non-banks and banks alike to offer a comprehensive suite of savings and payments services.

Initially, it seemed like Airtel is taking its game to the next level, but the response to its services has been subdued so far due to high transaction costs - cash withdrawal charges vary from 0.65 per cent to 9 per cent, making it an unattractive alternative to traditional banking, where withdrawal charges are nil. For instance, withdrawing Rs 6,000 from a payments bank costs Rs 39. "The idea of payments bank is to tap the vast number of unbanked people but disparity in transaction costs in comparison to conventional banks is huge," says an analyst.

Some experts say it's a marathon that has just started and telcos still haven't lost out yet. "We are seeing the tip of the iceberg. Digital wallets have not penetrated enough in India," says EY's Singhal, adding that telecom operators have wider distribution and strong customer relationships. "I would rather trust my money with telecom operators such as Vodafone and Airtel," he says.

Large-scale adoption of M-Pesa and Airtel Money in India is still a distant reality, but as market matures and telecom companies develop products suited for the market and add use cases, they could repeat the Africa story here too.

"We have to move from making crude steel to value addition"