Nitin Ram Potdar was in a 14th-floor Tokyo office in March this year, when the 8.9 earthquake hit Japan. The 48-year-old Mumbai-based corporate lawyer was preparing a presentation on mergers and acquisitions, or M&A, in India to a Japanese client.

Potdar recalls that his host was amused to see him record the commotion in the street on his BlackBerry. "Earthquakes are normal here," his host said. All ended well, with Potdar and his host being escorted to safety. The yen's rise against the US dollar is a shortterm phenomenon, and many Japanese want to take advantage of it: Kohey Takashima
'Normal' is a loaded word in the world's third largest economy, which has seen two decades of flat growth, rock-bottom interest rates, and an ageing population. This economy was the underlying reason for Potdar's visit. He sees his Japanese clients grapple with economic woes, natural calamities, political uncertainty and mounting government debt. "I end up talking 60 per cent business and 40 per cent law," he says. As he - or any investment banker in Mumbai, for that matter - can tell you, Japanese companies are on the prowl for acquisitions in India . "M&A is one of the fastest ways to start a business," says Akash Gupta, Executive Director at PricewaterhouseCoopers, or PwC. Few know that Japanese companies were among the serious contenders for Patni Computers, which eventually went to iGate.

MUST READ: Why Indians are flocking to Japan Japanese companies are losing competitiveness and seeking low-cost production bases in other countries: Sandra Wu
Some two dozen deals in the last two years - mostly in mid-sized Indian companies - are testimony to the build-up in Japanese interest in Indian industries, including advertising, auto parts, banking, cables, chemicals, and logistics. Among the biggest so far are the $450 million Panasonic-Anchor buyout in April 2007, the $4.6 billion Daiichi Sankyo-Ranbaxy deal in June 2008, and the $2.7 billion NTT DoCoMo-Tata Teleservices one in November 2008. M&A and greenfield ventures have led to an 18-fold jump in direct investment inflows from Japan over a five-year period. 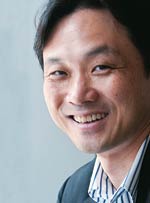 I see plenty of potential in the education sector, as the root cause of many problems in India is there: Toru Takahashi
"Japanese companies are losing competitiveness," says Sandra Wu, President and CEO at Kokusai Kogyo Holdings. "They are looking for low-cost production bases and emerging centres of consumption." The torch bearers of the 800-plus Japanese companies in India are Suzuki, Honda and Canon. Reaching out early on to countries such as India is one of the reasons why they have outperformed the Tokyo Stock Exchange's Nikkei index. In early November, 20 Japanese heads of consumer, industrial goods and technology companies gathered in Gurgaon, near Delhi, for a twoday Indo-Japanese business summit. "After the presentations, we took them to the local hypermarket and a few factories," says host Sharad Verma, Partner and Director, Boston Consulting Group. The Japanese participants gained a better understanding of India's business environment, the value-consciousness of Indian customers, and the need to trust local professionals rather than thrust expats on them. 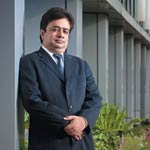 The first big deal gave us the feeling there was more opportunity waiting: Sourav Mallik
In mid-November, another group of Japanese attended the World Economic Forum in Mumbai. Afterwards, Kokusai Kogyo's Wu got on a helicopter with Ajit Gulabchand, Chairman and Managing Director of Hindustan Construction, and visited the group's Lavasa township near Pune. Toru Takahashi, President of business education provider Globis Organizational Learning, attended meetings at the Indian Institute of Management, Bangalore, and the Indian School of Business, Hyderabad. "My idea is to unify the Japanese and Indian systems and create something new," he says. Kohey Takashima, CEO and Founder of online organic food retailer Oisix, went window-shopping at Mumbai supermarkets to see what they stock.

Click here to Enlarge
Sanjeev Sinha, President of Tokyobased Sun and Sands Advisors, who has lived in Japan for the past 15 years, says Japanese awareness about India has increased. In the early 1990s, taxi drivers often asked him which restaurant he worked in, adding that they loved curry. Today, the average Japanese is likely to remark on India's 1.2 billion consumers and its need for better infrastructure.

MUST READ: 'India is a growing market for many Japanese firms'

In 2008, when Mallik accompanied a highlevel team to Tokyo and Osaka to hold seminars, more than 300 Japanese companies participated. "We didn't have enough chairs for people to sit," he says. 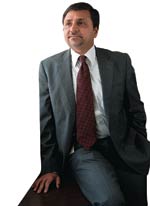 The government-to-government partnership helps build a sound investment climate: Arun Agrawal
"By the end of this year, we expect to close six or seven deals," says Mallik, who handled Kokuyo-Camlin deal, closed earlier this year. Toshiba tied up with the Sajjan Jindal Group, and Hitachi with Chennai-based BGR Energy, to make turbines and generators. Mitsubishi has partnered with Larsen & Toubro to make boilers. About half a dozen Japanese companies are building smart cities in India. Ravindra Sannareddy, Founder and Managing Director of Sri City, which is building a 6,000-acre special economic zone - South India's largest - says many Japanese manufacturers plan greenfield ventures there.

Japanese companies are also eyeing the steel industry, especially flat steel products used to make goods such as refrigerators and cars. On November 15, Tokyo-based conglomerate Mitsui bought a stake in online payment service provider Suvidhaa Infoserve - including a seat on the board - for $12 million. Mitsui recently acquired a controlling stake in Russian online payment company Qiwi after buying a small stake. "Perhaps that is their approach," says Paresh Rajde, Managing Director and CEO, Suvidhaa.

When PwC's Gupta visited a Japanese auto parts factory in Bangalore, he was struck by the influence of Japanese methods. "They have a zero-error style of working, and an emphasis on efficiency," he says. That approach is reflected in business moves, too: they start with a small step, and take a bigger one only after they feel comfortable. Kokuyo entered into a distribution tie-up with stationery maker Camlin before buying a majority stake. "It is their corporate culture," says Kotak's Mallik.

Tokio Marine took almost six years to decide to enter India's life insurance business. It signed a joint venture with the Edelweiss Group in 2009, and spent another two years finalising the business plan. The Japanese are tremendously averse to failure, says Sinha of Sun and Sands. Besides Japan's ho-hum economy and India's growth, there are other reasons for the Japanese to invest here. "The yen's rise against the dollar is a short-term phenomenon that people want to take advantage of," says Takashima. China's competitive market is another reason. "The largest consumer durable player in China survives on a market share of six to seven per cent," says Verma of Boston Consulting. "Japanese companies are looking to balance out their investment in Asian countries," says Hisao Nakajina, President of the Nomura Research Institute.

Many Japanese companies have gone beyond baby steps, but need to tread carefully. The biggest investment - Daiichi Sankyo-Ranbaxy - has halved in three and half years, though that could have happened back in Japan, too. For now, Japanese companies' future is abroad, and India is a good place for them to be.

No kidding: Kidswear is serious business