The problems with Kingfisher Airlines keep getting worse with every takeoff, forcing it to look for an urgent cash injection. Can it fly out of the turbulent zone?

Billionaire Vijay Mallya had probably decided enough was enough when he led the initiative by airlines to call a strike and ground all aircraft on August 18 to protest the lack of help from the government. The strike did not happen, but it showed the desperation of the the 54-year-old liquor baron, who had become a frequent flyer to Delhi over the past year in his bid to get government help for the industry. 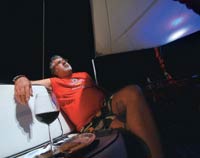 As Chairman of Kingfisher Airlines, he was till June 2009 India’s largest airline operator by market share— and its biggest private sector victim too. But, even in August 2008, when fuel prices had hit their peak, he had not given up hope. When BT met him in November (Saving Kingfisher, issue dated December 14, 2008), he had said his airline would clear its accumulated losses in three years. And he maintained his scale of operations even as the business climate worsened following the financial meltdown.

A year later, Kingfisher has more red on its balance sheet than on the livery of its crew and aircraft, what with the surge in fuel costs, the reluctance of state governments to lower sales tax rates on fuel and rising airport charges.

The only good thing: the government has appreciated the case for cheaper fuel. A group of ministers (GoM) will now look into the high base price of aviation turbine fuel (ATF) in India compared with international benchmarks and high sales tax rates.

Kingfisher reported an operating profit of Rs 18 crore in the first quarter of the current fiscal, but the net loss was Rs 242 crore, against a loss of Rs 1,609 crore in the full year 2008-09. As of end-June, the airline had an accumulated loss of Rs 2,820 crore. No one knows how it is servicing its loans or paying airport charges and fuel bills. Mallya is now trying to raise Rs 500 crore by way of equity—either a rights issue or an FPO or depository receipts.

Does he have any chances of survival?