Change at the chocolate factory

Could the company raise its revenues from $400 million, in 2009, to $500 million within a year? Resources for advertising and distribution would not be a problem. Cadbury India pulled out all the stops, rose to the challenge and surpassed it. Sales grew by 30 per cent in 2010. A delighted Kraft pumped in more funds, which saw sales increase by another 40 per cent between January and September 2011.

The development epitomizes the new aggression Kraft has brought in to its Indian arm. The relatively relaxed atmosphere at the company which, for many decades, was synonymous with chocolates in India, and which still holds around 70 per cent market share in chocolates, is history. "Kraft, being an American company, is definitely more aggressive," says Anand Kripalu, President, South Asia and Indo-China, and Managing Director, Cadbury India.

"Ambitions are bigger." A Cadbury India employee, who quit after the Kraft takeover, but prefers not to be named, is blunt. "Targets were defined and raised after Kraft came in," he says. "With Cadbury you could get away with a growth plan, even if you did not achieve your numbers. With Kraft you have to deliver."

There are other advantages of being part of a $50-billion corporation like Kraft. Slowdown or not, advertising spends will not be reduced. "We have almost locked consumer-and customer-facing investments, and that will not be touched," says Kripalu. The company increased its direct reach by 25 per cent in 2011 to more than 700,000 stores and added 5,000 sub-stockists to penetrate deeper into smaller towns. It is building refrigeration in its entire supply chain and investing heavily in sales infrastructure like visi coolers and chocolate dispensers. "It feels good to be part of a really large company," says Narayan Sundararaman, Director, Powdered Beverages, Candy and Gum, at Cadbury India. "The resources, and, therefore, the horizons are much bigger and wider than they were before." Click here to Enlarge
Kraft is also putting in place a new organisational structure at Cadbury India - the process being called 'Project Leap' - aimed at integrating the company more closely with its new parent and moving it away from being primarily a chocolate manufacturer to producer of a wide range of snacks. "After the integration with Kraft, it was clear that we wanted to go beyond confectionery in the future," says Kripalu. To that end Kraft has separated Cadbury India into five divisions or 'category boards' - chocolates, biscuits, gum and candy, the wellknown malted drink Bournvita and the fruit-flavoured 'cold drink' Tang.

Each board is headed by a director who has his separate sales, marketing, distribution and research and development teams and reports to the country managing director. "Each market has a different DNA," says Kripalu.

Yet, the disruption has not been without its downside: many employees were far from pleased. Four key senior executives quit the company in 2010/11, including the marketing, finance and legal services heads. The main reason appears to be that while Cadbury relied greatly on inputs from the local managers to shape local strategies, Kraft does not. "Kraft has stringent decisionmaking processes in place and prefers that they are followed," says a former Cadbury India manager. So too, while Cadbury allowed local officials a fair degree of autonomy, Kraft believes it knows best. "Under Cadbury, we only got guidelines from the UK," says another former executive. "It gave the local management a lot of freedom. Kraft, on the other hand, is focused on controls."

Kripalu responds candidly to the charges. "There are more reporting layers and some decisions take longer. But from a business perspective, Kraft is hugely empowering," he says. 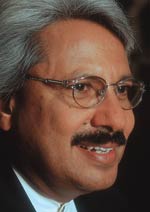 Kraft has got it right... Oreo is priced cheaper than ITC's Dark Fantasy and Britannia's Dark Magic biscuits, though cookies are smaller in size: Sunil Alagh
One of the crucial gains for Kraft from the acquisition - as many analysts have pointed out - is the entry it gave the corporation into India's vast, emerging market. It had made an initial push a decade ago, but with products inappropriately priced and lacking a good distribution network, failed to make a dent. But this time, riding in on Cadbury's brand reputation and network, the story is shaping out differently. Apart from growing Tang, it has already launched its billion-dollar biscuit brand Oreo in India. It has another 10 top global brands in its stable, but company officials said there are no immediate plans of putting them on Indian shelves. The success of Kraft has opened people's eyes. A lot of play is possible if the offer is right and you are able to communicate value to the customer: Chitranjan Dar
How has Oreo, launched last March, fared? So far, its share of the Rs 13,000-crore biscuit market, dominated by Parle and Britannia, is a miniscule 0.7 per cent, according to market tracker Nielsen, but given Kraft's clout, no one is writing it off yet. "They have got it right this time round," says Sunil Alagh, former CEO of Britannia. "Oreo is priced cheaper than ITC's Dark Fantasy and Britannia's Dark Magic biscuits, though the cookies are slightly smaller in size." But he adds that while Cadbury India has a sound distribution network for the premium segment in which chocolate falls, it needs to revamp if it hopes to take on the biscuit biggies. "A large part of the biscuit market is in lowmargin, low-price products," adds Pinakiranjan Mishra, Partner and National Leader, Retail and Consumer Products, Ernst & Young. "It is going to be very challenging for new and premium players entering this market." Click here to Enlarge
Still, the Rs 3,000-crore chocolate market, growing at a compound annual growth rate of 15 to 20 per cent, will remain Cadbury India's mainstay for some time to come. But there is competition, with global brands like Ferrero Rocher making inroads, while Amul and Nestle, too, remain in the fray.

In Roald Dahl's classic novel Charlie and the Chocolate Factory - also made into a film starring Johnny Depp - the wacky confectioner Willy Wonka gets a new family at the end. Cadbury India has found a new family too, but the adjustment process is having its share of hiccups.

How retail distribution is reinventing itself