Shining through the cloud

A galaxy of CEOs discusses with Microsoft's Satya Nadella the role and future of technology in India.
Arpita Mukherjee | Print Edition: Oct 26, 2014 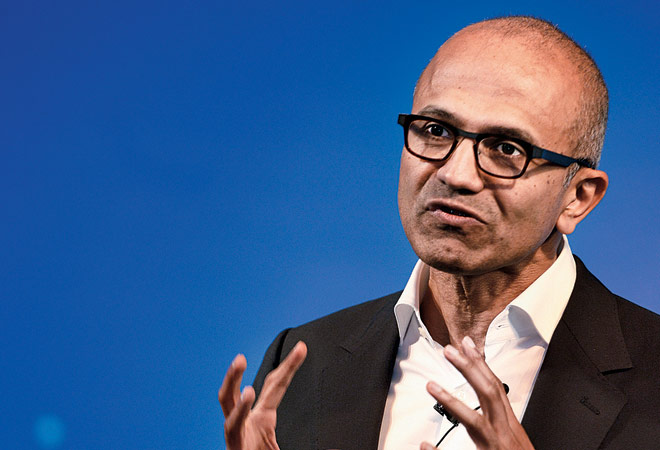 Whether you have the title or simply take on the mindset of a CEO, there is no doubt that they come in different shapes and hues. Young or old, male or female, leaders or shrinking violets, one thing the wannabes and the successful ones know is the importance of being able to reinvent themselves and their business with changing times. A lithe Satya Nadella, the third CEO of Microsoft, definitely looked and talked like one of them among the 150 others who had flocked on September 29 evening at Hotel Trident at Nariman Point in Mumbai for an event organised by the India Today Group and Microsoft. It was Nadella's first visit to India after taking over the reins of the $77.85-billion technology giant in February this year.

(From left) Kunal Bahl, Co-founder and CEO, Snapdeal.com; Adi Godrej, Chairman, Godrej Group; Shekhar Gupta, Editorial Advisor, India Today Group; Satya Nadella, CEO, Microsoft; Chanda Kochhar, MD and CEO, ICICI Bank; Noshir Kaka, MD, McKinsey India, at a panel discussion.
Microsoft, the lord of the desktop era, too has transformed along with the rapid evolution in computing. Though still riding on software business, the company is refocussing by increasing its spending on cloud services. The gradual shift in its business model also has much to do with the vision and values Nadella as CEO propounds. 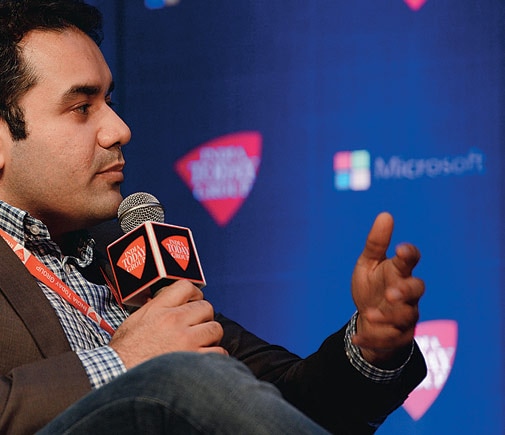 'We also have to keep pushing the boundaries on what is to be sold and bought online,' says Kunal Bahl, Co-founder & CEO, Snapdeal.com.
Expounding on his idea on the role that technology should play at a panel discussion on "The Leadership Challenge: Innovating to Deliver on Indias Promise", he said, "It's not celebrating the device and the certain applications in it, but the mobility of the human being involved." 'If we can arrive at solutions which are scalable and affordable, we can make a lot of difference,' says Chanda Kochhar, MD & CEO, ICICI Bank.
At a time when even entreprise computing is going mobile, Nadella said despite the way technology is progressing, what is lacking is the thought about how it will evolve to help organisations become more productive. "That is the real question that we have to ask rather than celebrating the computing power that is around us," he said. Looking around, he said, "Look at this room. Theres an abundance of computing power because of what you have in your pockets with sensors and big and large screens. Whats scarce is human attention."

The 47-year-old CEO was very clear that India has a promising future especially with technology as an enabler. "I think it can be a great enabler to the human capital of a country," he said while stressing the fact that human needs should shape the technology and not the other way round. "It's [about] putting people at the centre and then the applications and the data and the devices come together to give you a richer experience. This is perhaps the more important mobility trend versus being fixated on one device as the be all and end all," said Nadella. 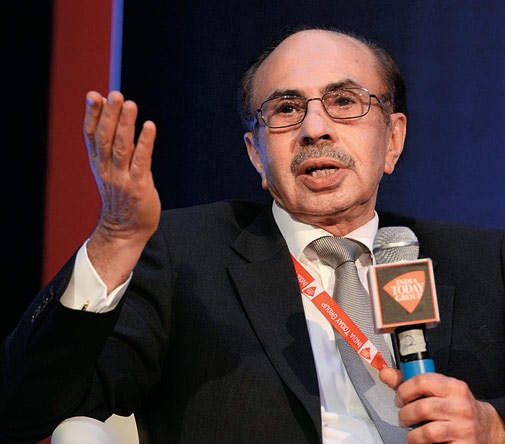 'Science and technology has led to a lot of innovation that allows us to provide low-cost products,' says Adi Godrej, Chairman, Godrej Group.
Kochhar said that technology as an enabler and differentiator in Indias progress is very feasible because "getting to scale [expanding and improving] is easy". She said India is a good ground for constant innovation as the customer base is technology receptive. "If we can arrive at solutions which are scalable and affordable, we can make a lot of difference," she said.

Talking about what lies ahead in terms of innovation, Nadella said, "I don't think we want to be in a state where we are plugging along eight devices to be in every different mode that we operate in. I think the ability to walk up to any device and have it recognise you, have your data, have your applications is in the near future."

Talking about the scope of technology, Godrej pointed to the role it can play in beefing up manufacturing in an economy where consumption is likely to go up if goods are available at a reasonable price. "Science and technology has led to a lot of innovation that allows us to provide low-cost products," he said. 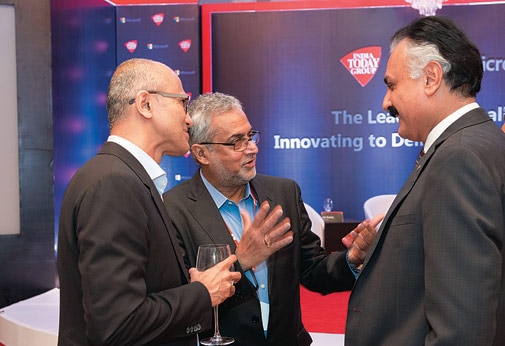 (From left) Nadella with Bhaskar Pramanik, Chairman, Microsoft India, and Deepak Kapoor, Chairman, PwC India.
Nadella was all praise about the rise of e-commerce companies in both China and India. "I think the US is going to learn from [it]. I think we are at a stage where business models will be innovated in India and will be replicable in other places as well," he said. (From left) Sachin Bansal, Co-founder & CEO of Flipkart; Latif Nathani, Managing Director, eBay India, and Snapdeal's Kunal Bahl.
The youngest in the panel, Bahl of Snapdeal, said several product companies are fuelling the growth of e-commerce platforms. These firms are looking to address not just India but a global customer base. But for this to work well, Bahl said, there is need for increased use of the online-offline parity that technology, in this case the Internet, brings in. "We also have to keep pushing the boundaries on what is to be sold and bought online," he said. 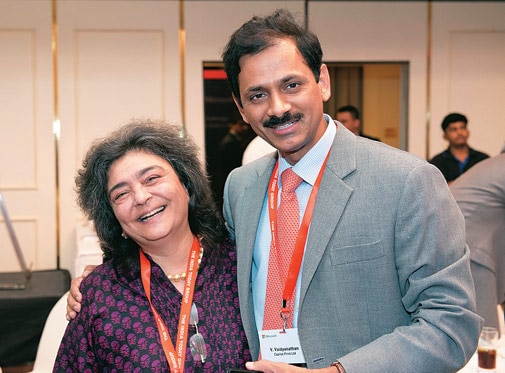 S. Ramadorai, Vice-Chairman (non-executive), TCS, and M.G. Parameswaran, Executive Director and CEO, DraftFCB Ulka.
On a serious note, however, Kaka of McKinsey said that though there is constant innovation in several fields, the technology reach is increasingfairly slowly in sectors such as health care and education.  "What we should also talk about is the impact of technology on social India. If you look at the opportunity in health care and education, you can say thats a huge problem or say what a wonderful opportunity for technology to do something," he said. 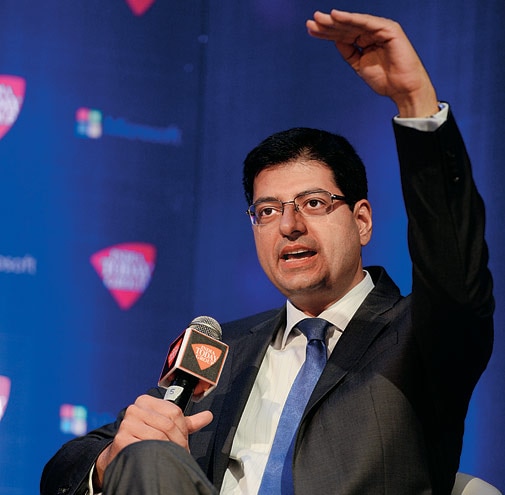 Making a choice gets tougher as budget smartphones flood markets