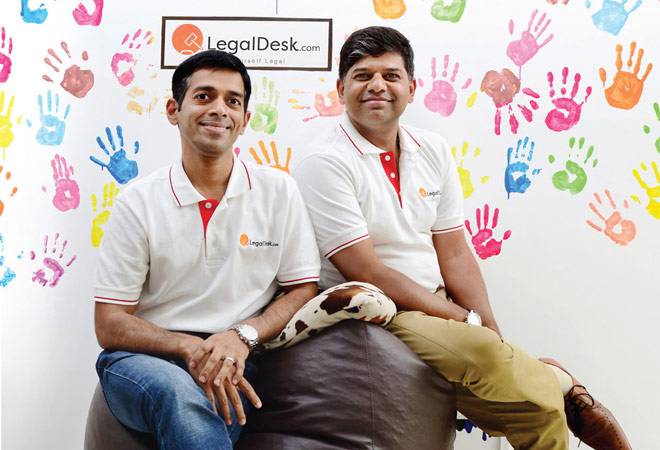 Prateek Saxena moved to Bangalore in 2016 to join a leading multinational technology firm as a systems architect. He was particular that his residence be close to the workplace so that he didn't have to drive in the city's notoriously gridlocked traffic. After staying at the company's guest house for three weeks, he managed to find a flat for rent. However, the paperwork involved in signing the rent agreement and getting it registered was a big hassle, especially as the owner of the flat was abroad. In a city where he didn't have any connections and a job that needed full attention, he didn't have the time to run around to get things done. "I would have had to stand in a queue to get a stamp paper, get the agreement printed, and then have it signed and registered. It would have been a headache," says Prateek.

That is when a friend recommended LegalDesk.com. From drawing up the agreement and procuring the eStamp to having it eSigned, the company offered the complete package, right up to having the document delivered to him. It was cheap, hassle-free and quick.

LegalDesk.com does not offer only rent agreements. Its services include drawing up a will or preparing a gift deed, name change or correction, agreements for personal/vehicle loan, and preparing contracts for dealerships and distributorships. These are not just targeted at individuals but also businesses. So, when you sign on a loan agreement with the likes of Bajaj Finserv or a dealership or distributorship agreement with HUL, the legal documentation at the back-end is most likely processed by LegalDesk.com.

Krupesh Bhat and Ashok Kadsur, the co-founders of LegalDesk.com, were classmates who followed different career paths after college. While Bhat, who has a master's in computer science, went to the University of Maryland to study business management and worked in the US for more than a decade, Kadsur took up marketing roles in various companies in India. Bhat returned to India due to personal reasons and while running around government offices for some property transactions in 2011 realised how antiquated government offices were in dealing with legal documents. "Even today, most government offices have a huge number of physical files, which is a crying shame. A citizen has to run around for making, stamping and signing documents. Legal help is expensive." In 2014, he bumped into his former classmate, after a gap of nearly 18 years. The two started talking. Bhat started writing the code. They launched the company in September 2016.

First, they offered DIY (Do It Yourself) B2C (business to consumer) documentation where customers could draft and print agreements on eStamp papers and also eSign documents. Experts say 80-90 per cent documents can be generated using templates. But LegalDesk.com has done much more than that. "We have incorporated machine learning. The system continuously learns and understands the context," says Bhat. While margins in B2C were relatively high as most documents could be generated from templates and there was minimal involvement of high-cost law experts, building on its was a slow process. That is where Kadsur's marketing skills helped. "When HUL signs a vendor agreement or a Bajaj Finserv does documentation for a loan, that is where we come in. We built a SaaS (software as a service)-based workflow where our API could easily integrate with their ERP (enterprise resource planning) or SCM (supply chain management) solution," says Kadsur. 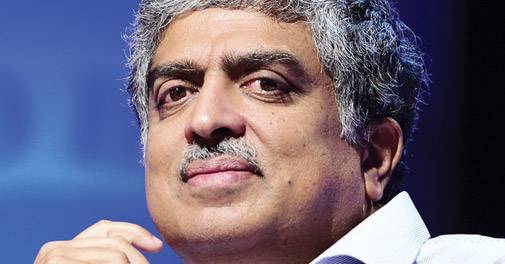 For eSign, they have tied up with UIDAI for Aadhaar-based verification. Nandan Nilekani, the former Chairman of UIDAI, says, "Digitisation of the traditional documentation process is up for disruption. LegalDesk.com, with its legal documentation and eSign services, is making the transition smoother."

For B2B customers, LegalDesk.com offers more than 100 different kinds of agreements. B2B customers such as HDFC, Bajaj Finserv, CCAvenue, Prinicpal India, Akshaypatra and HUL contribute about 70 per cent to its revenues. The 35,000-plus B2C customers contribute the rest. While B2C customers pay per document, B2B clients pay per eSign. The company has done about `30 lakh revenue in the first seven months of existence.

Kadsur says it's early days as companies are in the process of waking up to the full potential of workflow legal documentation. "For an NBFC, for instance, we can reduce the loan disbursal period from a few days to a few minutes after credit approval has been done."

The biggest advantage, claims Bhat, is that LegalDesk.com provides a DIY documentation platform which gives access to expertly drafted and coded legal documents from the comfort of one's home. "We have a complete workflow management solution for companies and 100-plus sub-products and legal documents available at the click of a button." The company, which has around 40 employees, including six lawyers, is looking to expand its physical footprint.

Others have also taken note of the markets potential. LegalDesk competes with the likes of Digio, Signzy and Legal Raasta. "What sets us apart is the early mover advantage and the end-to-end offering. For B2B players, our workflow management solution can be seamlessly integrated almost instantaneously into their existing software. Also, the market is large," says Bhat.