Honda began with a bang in the Indian auto market but has since been reduced to a whimper. Can it revive? 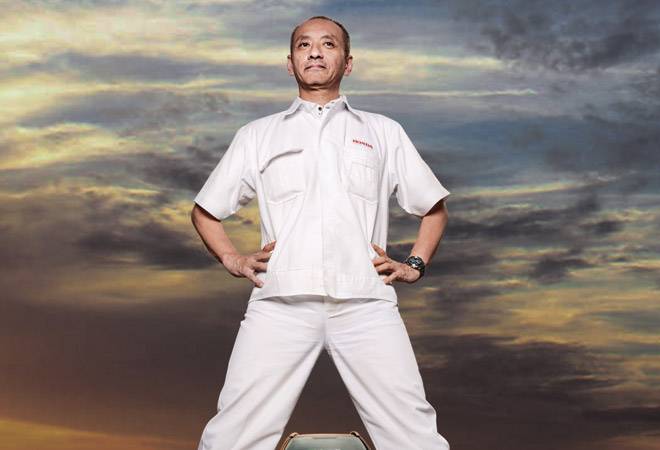 Less than a decade ago, Honda was a formidable player in the Indian car market. Its line-up of just four models was small compared to that of market leaders Maruti Suzuki and Hyundai Motor, but each of those four - City, Civic, CR-V and Accord - was a leader in its segment. The City had established itself as a coming-of-age sedan, the Civic was the top premier sedan, the CR-V ruled the premium SUV slot, while the Accord was doing well in the luxury executive saloon category. "Honda was the best example of a successful debut among carmakers in India," says Amit Kaushik, India head of transcontinental consultancy firm, Urban Science. "It made an entry anyone would aspire to." 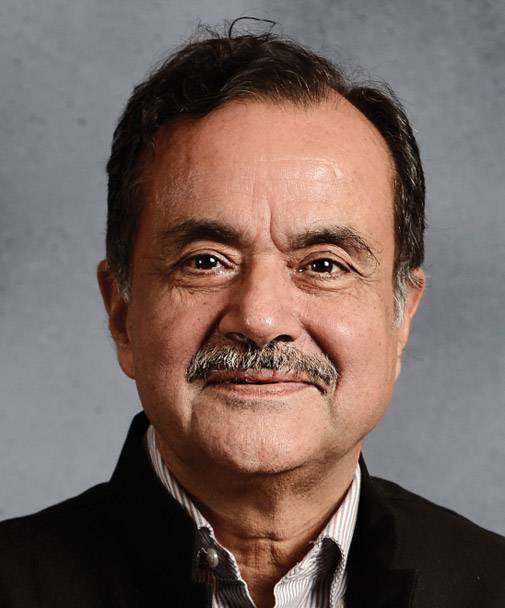 Today, the contrast with its blazing entry is striking. Honda models in India have grown to 10, but none of them rule their segments. While rival company products have overtaken the first four, none of the subsequent Honda launches has lived up to expectations. The premium hatchback Jazz failed to gather momentum. The small car Brio was a non-starter. Compact sedan Amaze started off well but has since lost steam, with sales falling 38 per cent in 2016/17, compared to the year before. The MPV Mobilio and the compact SUV BR-V have been resounding duds. Its latest offering is WR-V, a stylised version of the Jazz, launched in March this year, on which the jury is still out.

What went wrong? Honda was a company with strong brand equity, known for its attention to quality and stylish, technology-driven products which enabled it to command a premium over competitors. How did it fritter away the early goodwill? Can it make a comeback?

When Honda entered India in 1997, in partnership with Siddharth Sriram of Usha International Ltd, the country's car market was still in its infancy. Competition was limited, market leader Maruti was a public sector entity, and cars were still seen as an indulgence. Nor had Honda any intention of challenging Maruti in the small car market, which the latter dominated. It aimed at creating a separate space for itself in the premium segment with a halo of aspiration around its products.

To that end, Honda brought in products that had succeeded elsewhere, but were also attuned to Indian conditions. (Globally, popular models do not necessarily work in India, as companies like GM and Ford have found to their chagrin.) But the first-generation Honda City, which it introduced in 1998, had not only been tested in other markets, it was also developed in Thailand, where conditions, especially the tropical climate, are similar to India's. In the first year of its launch, despite the premium price, the City sold 8,258 units - a runaway success. Till date, 671,000 units have been sold in India, more than any other full-sized sedan. Honda also innovated with dealerships and reaped the benefit. It was the first auto company to have swank, multi-storey dealer outlets in India, thanks to partnerships with half-a-dozen overseas entrepreneurs, led by R.S. Lally, a London-based automotive merchant. In comparison, Maruti Suzuki's outlets at the time looked shabby. Honda's dealers provided spare parts and after-sales service, which most rival dealers then did not. Honda brought all dealership best practices of countries it was based in to India.

"Once a customer gets a taste of a Honda product, he should never go for any other brand," Masahiro Takedagawa, the then CEO of Honda Siel Cars India (HSCI), had said at the launch of the Civic in 2006. "That is our priority. If he is a City customer and wants to upgrade, he should buy the Civic. If he is a Civic customer, his next car should be an Accord, or if he wants an SUV, a CR-V. Our products and service should not give him any scope to complain." The first four Honda products easily beat back the competition in their respective segments that the likes of Maruti Suzuki's SX4 or Hyundai's Elantra and Verna sought to mount.

Honda then decided to enter the mass market. And that's where the cookie started to crumble.

In mid-2009, Honda launched its premium hatchback Jazz, pitching it in the same category as Maruti's four-year-old highly successful blockbuster Swift. As with all Honda products, it was priced at `6.99 lakh, while the Swift then cost `3.99 lakh (ex-showroom, Delhi). But while such premium pricing had worked in the upscale segments, in the small car slot, price, fuel economy and the cost of after-sales service are the vital factors. On all three, Jazz suffered in comparison with Swift, and the car bombed. Honda followed it up with Brio, another hatchback priced more competitively, but this time the absence of any premium quotient that customers associate with Honda became the problem. Brio's design, too, failed to impress, and this effort flopped as well.

With its next product, the compact sedan Amaze, Honda finally ventured into a segment it had, in keeping with its classy reputation, disdained till then - it provided a diesel variant. By 2012, thanks to petrol prices being deregulated long before diesel prices, diesel cars - providing far higher fuel economy than petrol - comprised 52 per cent of the market. Even Honda felt it could not afford to ignore this category. Amaze was launched in 2013, and initially successful - the sole success Honda has had in the past decade - to the extent that the company's overall sales rose 83 per cent in FY 2014. "We've been able to bridge the diesel gap with Amaze," says Jananeshwar Sen, Senior Vice President, Marketing and Sales, Honda Car India Ltd (HCIL), who also heads its product strategy division. "It's an exclusive technology developed for India and comes with proven Honda propriety traits." Exclusive or not, Honda's diesel engine - it has developed only one - has not been able to match the refinement of its petrol counterparts. Honda's iVTEC petrol engine technology, in particular, designed for small cars, has drawn global laurels. But it has no diesel equivalent, unlike its arch Japanese rival Toyota. "Honda has not been able to replicate its impeccable petrol finesse in diesel," says Abdul Majeed, Partner, PwC India. "Its diesel engine is noisy. It rattles, and has sent customers away to its competitors." Amaze, of course, came at an attractive price by Honda standards, and coupled with the Honda brand name, enabled the company to expand into smaller Indian cities and towns.

But the success has not lasted. Honda woke up to diesel cars too late. Not only had diesel variants of other companies already entrenched themselves, but in late 2014, the government deregulated diesel prices as well, which gradually took away the advantage of the wide difference between diesel and petrol prices. The Supreme Court's 2015 ruling against large diesel cars further reduced their attraction. All diesel variants, including Honda's, suffered with their market share falling to 26 per cent by 2016. With Amaze's initial success, diesel cars at one stage accounted for 67 per cent of Honda's sales, but it is now down to 25 per cent.

Encouraged by the early reception to Amaze, Honda also brought in Mobilio and BR-V, which, too, have diesel variants, and were originally designed for the Indonesian market. It may have been a case of bad timing, as both bombed. "By the time Honda's decision to turn to diesel came, the market was presumably shifting back to petrol," says Hormazd Sorabjee, Editor, AutoCar India.

This could have worked to Honda's advantage, given its legendary petrol engines, but it has not. The BR-V, petrol and diesel variants combined sold only 20,417 units in 2016/17. The segment competitors, Maruti's Brezza and Hyundai's Creta, sold 108,640 and 96,899 units, respectively. Insiders claim Honda was late in responding again to the petrol shift and continued oversupplying diesel cars, which led to a glut of diesel cars at dealerships. "Honda is a very successful big carmaker, but couldn't take this success down to smaller and compact cars," says Jagdish Khattar, Founder of Carnation Auto, and former managing director of Maruti Udyog Ltd.

The company blames the market for its sustained 15-month sales decline till March this year. "India is a complex market, which is not mature enough to accept global products," says Yoichiro Ueno, President and CEO, HCIL. "Even Toyota and Volkswagen are finding it tough here."

After a 15-year alliance, Honda also had a long-drawn and troubled parting of ways with partner Shriram in 2012, leading to parent Honda Motor Company taking full control and HSCI changing into HCIL. At a time when rivals like Maruti, Hyundai and Mahindra were focused on new products, bringing out one model after another - some worked, some didn't - Honda was preoccupied with these internal differences as well. After the separation, too, stability has eluded the company, which has seen four CEOs in the last six years. The Indian branch is managed by Honda's Thailand subsidiary, Honda Automobile Thailand Co), and has little interaction with the Japanese parent.

But Honda is not giving up on India yet - far from it. It already has two plants in India - in Greater Noida and Tapukara in Rajasthan - and is going ahead with building a third at Vithalapura in Gujarat. It is still optimistic about its latest launch, WR-V, which has had 20,961 bookings so far. The company claims the City, too, is on an upswing - and between them, these two models raised sales in April-June this year to 38,562 units - a 22 per cent increase over the same period last year.

Honda is also falling back on two other models - Accord and Civic - which have served it well in the past. The Accord was recently re-launched, with a hybrid version as well, at a price of `38-40 lakh. The Civic, which was discontinued in 2012, is likely to be brought back again. A new model, the mini-MPV Freed, is on the cards as well.

"We're at a strategic curve," says Ueno. "India is our fourth-largest market after the US, Japan and China. We have a strong tradition of bestsellers in India and our new generation models will re-establish that all over again." ~