Luxury in a slowdown

Last year, the hype about the burgeoning luxury industry in India was hysterical. Since the slowdown and 26/ 11, things have calmed down somewhat. But, as a key luxury conference takes place in Delhi this month, we ask: Is luxury actually better off than it was last year? Sanjiv Bhattacharya finds out.

For the luxury industry in India, 2008 began on a crest of optimism, like the head of a flute of Krug—luxury brands were charging in, a vast new luxe mall was set to open and there was reportedly no more marina room in Mumbai for all the new yachts. India truly looked like it was following in China’s footsteps.

But then came the global financial collapse, followed by the terror attacks in Mumbai. The champagne bubbles went flat. And 2009 began with a hangover, the luxury industry reaching for the aspirin and wondering: What went wrong? And, in the midst of this slowdown, what now?

Certainly, when the terrorists struck, India’s nascent luxe industry was probably the least mourned of their victims. And yet it was wounded in several ways. Luxury hotels were attacked, stores were shot at and customers were terrorised. In terms of positioning, terror and luxury were suddenly inseparable— the world watched shaken guests being lowered outside the Louis Vuitton storefront, it noted the cruel irony of Ajmal Amir Kasab’s fake Versace top. And all this was happening in a slowing economy. There seemed little cause for optimism in the luxury industry. And yet, despite everything, it appears to be bouncing back.

For instance—part of the fallout of 26/ 11 was the cancellation of the International Herald Tribune Luxury Conference, scheduled for a week later. Several giants of global luxury were due to attend— among them Christian Blanckaert, VP, Hermes, and Francois Pinault, boss of PPR (luxury behemoth which owns Gucci). Well they’re still coming—the conference takes place on March 26 in Delhi, four months since the attacks. Luxury one, terrorists nil. There are similar green shoots of recovery poking through the gloom of the morning newspapers, which increasingly reflect a kind of economic bipolarity. Alongside headlines like “Sensex Hits All-time Low” is news about the launch of a new Rs 4 crore Rolls Royce. 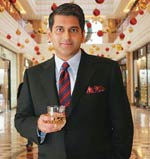 Sanjay Kapoor
Could it be that luxury in India is actually in good health, despite everything? “Our base is so small that we’ve hardly been affected,” says Sanjay Kapoor, CEO, Genesis Luxury, which has brought Aigner, Kenzo and Paul Smith, among others, into India. “You have to remember, the luxury market has been estimated as low as Rs 500 crore. So, we’re, maybe, 10 per cent down on our targets.”

Another positive sign is that the Sensex is not a foolproof barometer of luxe spending in India. “The heavens are not falling,” says Arvind Singhal, Chairman, Technopak, a retail consultancy. “Tier I towns are more affected by the Sensex, but the top eight metros account for less than 8 per cent of retail spending. Tier II towns like Chandigarh, Surat and Ludhiana haven’t been as badly hit and these people also visit the stores in Delhi, Mumbai and Bangalore. They make up the difference.” Furthermore, the numbers look promising.

“Power brands like Louis Vuitton and Dior are still performing, even though lesser-known brands like Canali or Dunhill are finding it tougher,” says Singhal. And the opportunity remains as strong as ever. He estimates that there are roughly 2.1 million households spending Rs 4 lakh annually on luxury/ premium goods and services—that’s a market potential of Rs 84,000 crore. They don’t necessarily want Cartier watches—“they have other priorities like housing, travel, high-end cars and home entertainment systems,” he says. But priorities will change as prosperity deepens. “The affluent base is expected to increase 14 per cent annually for the next five years.”

It sounds highly contrarian—that the luxury market should be solid in a slowdown. Surely, luxury is the first to feel the pinch? It feels wrong to splash out Rs 3 lakh on a suit when the future is uncertain and jobs are being lost. It’s not the cost, but the timing. Anand Mahindra, Vice Chairman, Mahindra & Mahindra (M&M) has mentioned anecdotally that he balked at buying a suit for this very reason. But this will pass, says Singhal. The fundamentals remain strong. And for a luxury retailer, 2009 is, in fact, a much better time to enter the market. In 2008, the market was overheated—whipped up by media hype and wild projections about an imminent explosion. So everyone charged in, and prices skyrocketed. Especially real estate.

“There were so few suitable locations and an oversupply of bidders,” says Darshan Mehta, CEO, Reliance Brands. “DLF Emporio in Delhi was charging a monthly lease of Rs 1,000/ sq. ft, which translated to about $280 per year. So, you’d need to sell $1,200/ sq. ft to break even. And just for comparison, that’s the same as Fifth Avenue in New York or New Bond Street, London. It didn’t make sense. You’d be praying for tailwind.”

Staff costs were similarly bloated—luxury being a fledgling industry, the same handful of staff were being hotly pursued, so salary demands grew. Furthermore, customs duties remained high. And the hype remained relentless. So, poor choices followed. In the urge to be first, companies struck franchise deals with global brands in which they bore all the start-up investment. They submitted to landlords who demanded expensive lock-in periods at inflated rents. Interests were not aligned, neither between the franchisee and the mall owner, nor between the franchisee and the brand. 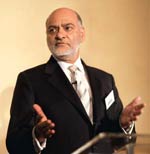 Mohan Murjani
One of the groups to suffer these consequences was the Murjani Group, franchisee for Gucci throughout India. Anticipating a boom, Mohan Murjani actually turned down a JV option with Gucci. “We expected to make at least half of what Gucci stores were making in Dubai and Singapore,” he says. It didn’t happen. “You get caught in this terrible situation. Your sales are low but your rents are high, and because everything is imported, you have to purchase merchandise at least six months in advance. So, you’re committed not only to the current season but also for following seasons. And unlike other markets, there are no outlets in India for end-ofseason stock. So, you can imagine—the inventory just keeps piling up.”
TweetYoutube

IT Industry and fraud

Real estate: Down in the pits