Millions of jobs in the manufacturing sector could vanish due to the dearer rupee hitting exporters across industries. Will things get worse before they get better? 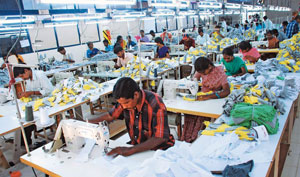 Mohammad Afroz is disconsolate. A tailor employed with garments exporter Orient Craft for the past two-and-a-half years, Afroz was earning almost Rs 4,000 a month. But a couple of months ago, his Gurgaon-based employer handed him the pink slip.

And Afroz can’t quite fathom why. “I was told it had something to do with the dollar,” he mumbles. Out of work since, he has been doing the rounds of other textile units in the Gurgaon area (there are about 350 units here) but finding a job is proving to be hard.

Without a job, Afroz is now living off his savings, but life is tough—after all he has a family, with a wife and two kids to feed. He is now contemplating going back to his native village in Madhepura in Bihar and return to farming.

Afroz, of course, is not the only one to be laid off. Orient Craft has given the marching orders to as many as 3,000 of its employees in the past four months.

The reason for the retrenchment is obvious— with the rupee strengthening more than 12 per cent against the dollar, the margins of exporters have been severely eroded, forcing them to focus on paring costs to shore up bottom lines. Says Sudhir Dhingra, Chairman and Managing Director, Orient Craft: “We were left with no option. After the layoffs, we have managed to expand our margins by 3-4 per cent to about 8 per cent.”

The problem for laid-off workers like Afroz is that right now there aren’t enough jobs for them in the market, with most textile companies looking to downsize to cope with a loss of export income.

In fact, like Afroz, many workers are being forced to return to their native towns and villages as opportunities dry up. According to Dhingra, an estimated 70,000 jobs may have been lost in the textile export hub of Gurgaon alone. (The number seems reasonable, assuming just 200 job cuts at each of the 350 units in Gurgaon.)

The weakening dollar has now started taking its toll on manufacturing in India. The worst hit are export-intensive sectors like textiles, leather, handicrafts and engineering.

Faced with contracting margins, companies in these industries are now resorting to drastic measures, like retrenchment drives, to stay competitive. And the estimated job losses run into several millions.

According to the Federation of Indian Export Organisations (FIEO), the apex export body, almost 8 million jobs are likely to be lost this financial year. And it reckons that the problem will get worse if the rupee continues to appreciate rapidly.

If textile and apparel exporters seem worse hit by the dollar’s depreciation, it’s for good reason. More than 80 per cent of India’s textile exports are dollar-denominated.

A stronger rupee has made exports more expensive and, hence, less competitive against other lowcost competitors. With receding bottom lines and dwindling orders from key markets in the US and Europe, textile and clothing units across the country have no choice but to cut back production— some small and medium enterprises are even downing shutters. Already there are early warning signs that the industry is in for tough times. In April 2007 (latest month for which figures are available), textile exports fell more than 18 per cent. In previous years, exports were growing at between 15 to 20 per cent.

Not surprisingly then, the situation in the industry that’s the second-largest employer after agriculture, looks grim. The export squeeze has not only affected the incremental growth in employment in the sector but also existing jobs. According to the Confederation of Indian Textile Industry, almost 500,000 jobs are likely to be lost this year. FIEO estimates are even higher—it puts the expected number of jobs lost at 600,000.

Business Today’s own research and interviews with exporters indicate that the situation is grim. Take India’s knitwear hub, Tirupur, for example. According to the Tirupur Exporters Association, almost 10,000 direct jobs have been lost in the region and by the end of the year, the number could soar to 50,000.

And there’s more bad news for the industry that could impact business in the long term. Says A. Sakthivel, President, Tirupur Exporter’s Association (TEA) and Managing Director of the Poppy Group: “Clients are migrating to cheaper destinations like Bangladesh and China. This will make it difficult to get business from them in future.” What’s more, at a time when Indian companies are trying to increase invoicing in other currencies such as the euro, their buyers are refusing to play ball. Says G. Kartikeyan, General Secretary of TEA: “Just when we are trying to increase the base of our euro customers, our existing ones are, instead, switching over to the dollar so that they can make more money.”

The biggest problem for the textile companies is that their products are highly price sensitive. Most garment and apparel companies supply to the intensely competitive retail market in the US and Europe, where sharp price hikes are difficult. Says Orient Craft’s Dhingra: “We have consciously moved up the value chain to hand embroidered and denim products. But 60-70 per cent of the market is still with the lowend garment exporters who work on thin margins.”

The end result is that most exporters are now working at breakeven prices and many are even booking losses. Says Vijay Agrawal, Chairman, Apparel Export Promotion Council, and Chairman of Creative Group, an exporter of readymade garments to the US and Europe: “Factories are running at 50-60 per cent capacity and many are closing.”

Agrawal himself is in the midst of a cost-cutting initiative at his unit and admits that almost 600 workers have been “affected” in the process.