What will the smart government think of next?
By Ashok V. Desai | Print Edition: December 18, 2016 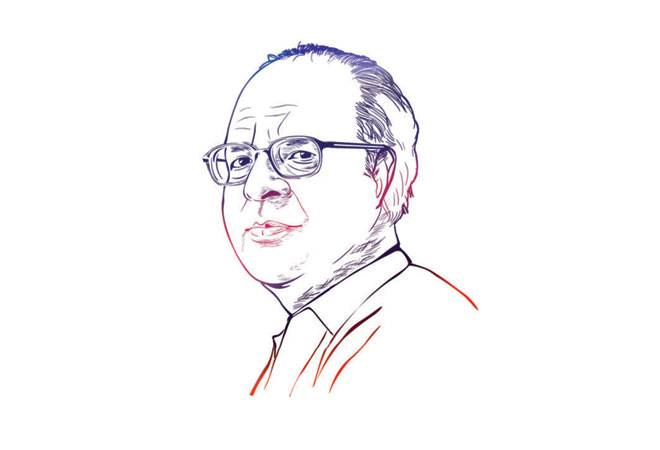 I have lived long; I have seen hardship. The earliest memory is of queues outside ration shops. In 1939, Hitler invaded Poland; Britain declared war on him, and dragged its prize colony, India, into it. It needed to feed the millions recruited into the army; so it stopped farmers and traders from bringing food grains into cities and selling them. It declared that it had a monopoly of grain purchase; it would buy all grains at prices it fixed, take what it liked for its babus and soldiers, and ration the rest to the people living in cities, so many seers per week, just enough to live on.

Thanks to Gandhi's agitations over three decades, the British left India in 1947. But so did Pakistan, and with it, West Punjab, India's bread basket. Wheat stopped flowing East, and grain shortage continued. So did rationing, until the Green Revolution led to such a flood of wheat that queues for it disappeared.

Then there were queues for petrol. The first time was in 1974, when the government had no foreign exchange to buy oil; then, in the 1980s, the government borrowed so much abroad that it could find no lender anymore. The Chandrashekhar government could not pay for oil; there were long queues outside petrol pumps. There were not too many pumps then, and there was a danger that the car would run out of petrol on the way. For that emergency, one had to carry a can. When the car sputtered and petrol ran out, one had to park it quickly, wherever it was, take the can and run to the nearest petrol pump. It had two queues - one of cars and the other of can bearers. One joined the latter, waited and waited, and walked back to the car when one had a canful.

But the queues for purple notes of Rs 2,000 were the first ones inflicted without any need by the government on its people. Ever since money was invented in China some 1,200 years ago, it has been freely acceptable. This has been its main virtue: that everyone can use it as he likes anywhere at any time. As a result, no one ever refused to take or give money. Many governments have ruined the value of their currency by issuing too much of it. But ours is the only one I have come across which issued currency printed in its own presses, and then suddenly one day, told its people: you cannot buy anything with this currency of mine. Now I have printed sweet little Rs 2,000 notes; it is such an awkward amount that no one will willingly use them. I declare my own notes of Rs 500 and Rs 1,000 illegal: you shall come to milk booths, crematoria, petrol pumps, etc., with all my own old notes, and exchange them for new ones - in small enough quantities to keep you short of cash and standing in queues for a long time.

On its command, I went early to my bank, but it was not early enough: there was already a queue of hundreds. Then the gunman at the door took pity for my grey hair and let me break the queue. I tried to break the queue inside the bank, but no one cared for grey hair there: the three counter clerks were so harassed that they refused to look at their cash-rich customers; they spent all their time counting thrice the notes they received, and talking among themselves when they were not counting.

And all this hardship for millions, because the Prime Minister misunderstood a piece of economics. Black money: it is just a crisp metaphor. No money is black; it is income that is black. Taxes make everyone poorer; no one pays them with pleasure. Strait-laced people pay all taxes to keep their noses clean and keep out of trouble; more adventurous or helpless people evade taxes. They do so by understating profits, mostly by undervaluing durable assets. Currency notes are a durable asset, but there is no way they can be undervalued: their value is written on their face. Undervalued assets are those with no fixed market price - buildings, cars, all kinds of second-hand goods, and all kinds of services, which vanish into the air as soon as they are delivered. The PM was inveigled by a misleading metaphor, and in self-righteous excess, heaped travails upon his people. He should think before he leaps.

For now, the people will just wait in apprehension, wondering where his next leap will take him, and what tribulations it will bring them. Democracy is supposed to be the rule of the people; but if the people had been asked, they would never have asked for demonetisation.