Economics of a Raconteur

This memoir of the author's time as India's chief economic adviser is loaded with lessons in economics and has fascinating stories.
By Ashok V. Desai   Delhi     Print Edition: April 24, 2016 An Economist in the Real World: The Art of Policy making in India By Kaushik Basu (Pages: 240 Price: Rs 599 Penguin Viking)

Kaushik Basu normally lives a comfortable life teaching at Cornell University and advising World Bank. Between 2009 and 2012, he came to Delhi as Chief Economic Adviser (CEA) to the finance ministry, mostly under Pranab Mukherjee. 'An Economist in the Real World' is a memoir of his ministerial sojourn.

People generally write memoirs towards the end of their lives, when they have time on their hands and want to tell someone how great they are, what great work they have done and what a great time they had. The best ones are as racy as a good novel, while the worst ones are chronicles of conceit. This memoir departs from the standard models. Policymaking is still a somewhat hush-hush affair in India at any rate; so Basu does not have many juicy stories to tell. He is not insecure, so he does not spend much time gilding his own image. What he has done is to give advice on how to make policy for an economy like India's in a way that is a primer for novices joining international finance organisations and general readers. There are lessons in elementary economics which I found boring. Thrown in between are Basu's views on policy, which are often fascinating.

For instance, his views on Indian universities. They are controlled with an iron hand by the University Grants Commission; their salaries are hitched to those of governments, and their numerous clerks are organised in unions which ensure good pay and poor work. Some economist at some point thought that they would be improved if a whiff of competition was introduced. Hundreds of universities were created; almost all mediocre. Basu says that was not a bad idea. Bollywood is a multi-producer film industry; it produces a lot of bad films and some good ones, and has become the world's largest industry. He does not consider the fact that a bad film wastes only two hours of an idle watcher's life, whereas a bad university wastes the best years of a potential Basu.

There was an idea at one time of allowing foreign universities to come and function in India; Indian universities' fear of their competition killed it. Competition increases supply - Indian universities produce third-rate graduates in lakhs - but does not necessarily improve quality. Young Indians flock to get into Indian Institutes of Technology, and of Management; both run good entrance examinations. Here is a good Indian model: India should design entrance examinations for everyone, and give generous scholarships, regardless of own means, to those who do well. If good students are given the purchasing power, good universities will come up to meet their demand.

India's governments have, for 60 years, proclaimed their resolve to eliminate poverty and, instead, have created a flourishing corruption industry. Basu shares the official aim and looks for a solution. The government is enthusiastic about buying up grains from farmers, and pays them better-than-market prices. But it does not like to sell the grains; that would depress prices and annoy traders. So it builds up enormous stocks. When it sells the stocks, it has elaborate rules about whom it would sell and how much. Basu's advice to the government is to scrap all this mumbo jumbo, and have an automatic rule about selling grains when prices go up. The government sells grains to thousands of retailers at low prices, and expects them to resell them to certified poor. Instead, they surreptitiously sell the grains in the market, and enrich themselves.

Basu suggests giving food subsidies in cash to the poor and letting them buy grains wherever they like. That would - and does - lead to creation of fictitious poor and pocketing of subsidies they are entitled to; but Basu thinks it is still an improvement. He does not consider the alternative of creating a shortage of poor by creating excess demand for them. When overall growth went close to 9 per cent in 2008-2011, wages of unskilled agricultural workers, the poorest of the lot, shot up. And they could use the money to buy what they fancied, instead of the grains fancied by the government.

Basu not only preaches economics; he practises it. When he went to Russia, he overstayed by a day. The passport officer at Sheremetyevo airport asked him for a bribe. Basu bargained and brought down the bribe from $50 to $5. Worried that he might be arrested for paying a bribe, he snatched his passport and ran towards the Air India flight which had begun boarding.

If one is prepared to go through lessons in elementary economics, Basu rewards one with good stories. And one does not have to read both; one can pick and choose. I found the book entertaining; I am sure students will find it instructive. ~

The writer is a well-known economist and columnist 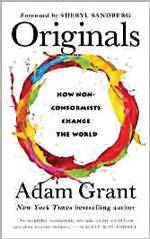 The author explores how to recognise a good idea, speak up without getting silenced, build a coalition of allies, choose the right time to act, and manage fear and doubt. (By Adam Grant, Price: Rs 699) 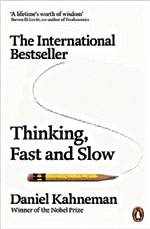 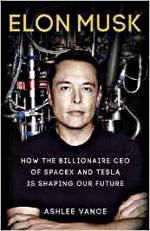 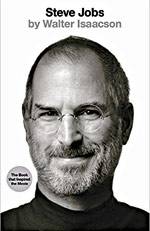 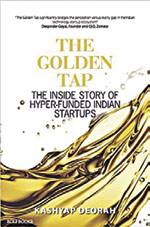