Vishesh, son of Mukesh Bhatt, and Pooja and Alia, daughters of Mahesh Bhatt, are building on the legacy of their fathers, but are striking out in new directions as well.
Sunny Sen        Print Edition: Feb 16, 2014 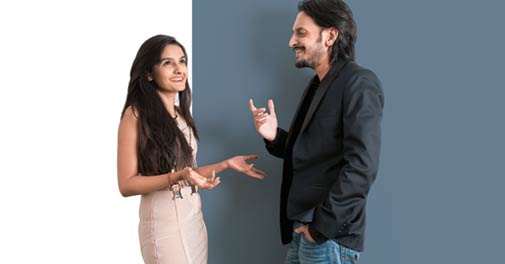 It was early 2013 and Vishesh Bhatt, son of prolific film producer Mukesh Bhatt and nephew of redoubtable director Mahesh Bhatt, was finding it difficult to sleep. Aashiqui 2 was ready for release. Though his name figures nowhere in the credits of this film, it is well known in the industry that this particular offering from the Bhatts' production house was largely Vishesh's baby.

Vishesh, 29, could not shake off the feeling that the trailers of the film could have been better. "There is a standard way of promoting a film but I wanted to debunk that," he says. He finally junked the existing promos and made a new one, featuring only the lead song, without any dialogue. The film turned out to be the biggest musical hit of the year.

In many ways, Aashiqui 2 was a typical product of the Bhatts' production house - named, as it happens, Vishesh Films. It had newcomers in the lead roles and was made on a modest budget of Rs 11 crore. (It went on to gross over Rs 100 crore, the highest any Vishesh Films offering has done.) Even the name Aashiqui 2 - like many other Vishesh Films releases - harked back to an earlier film from the same group, Aashiqui (1990), though this was a completely different story. It was different also for another crucial reason. For more than a decade, Vishesh Films releases had been in the noir genre, focused to a great extent on crime and sex. They made money no doubt, but an impression had gained ground that they were not for family audiences. Aashiqui 2 in contrast was a love story, and a family entertainer.

Vishesh has been working with Vishesh Films since 2002, though he took a break in 2005 to study filmmaking at New York University. The success of Aashiqui 2 has encouraged him to steer the production house towards making more such family entertainers. Two are already in the works: Mr X, a 21st century fantasy about an invisible man, and Humari Adhuri Kahani, a love story.

There are other ways too, in which Vishesh has been putting his personal stamp on the production house that bears his name. Big budgets, for instance, are no longer taboo. Raaz 3, released in 2012, cost Rs 30 crore, more than any other Vishesh Films production has done. (It went on to earn Rs 58 crore.) He also played a key role in the production house's tie-up with Fox Star Studio - a joint venture between 20th Century Fox and Star -  which has given it a global connection. For Raaz 3, for instance, a 3D film, the tie-up got Vishesh Films the same graphic artist who had worked on the Hollywood hit, Avatar. Both Mr X and Humari Adhuri Kahani are being co-produced by Fox Star Studio. The partnership has already tasted success - having collaborated on Murder 3, Jannat 2 and Raaz 3. "Raaz 3 was the first high quality 3D film in Bollywood," says Vijay Singh, CEO, Fox Star.

Following in Vishesh's footsteps is his sister Sakshi, 26, who joined Vishesh Films two years ago. Raaz 3 was the first film she was involved with as assistant producer, turning associate producer with Murder 3. "So far, ours has been very much a Mukesh Bhatt-Mahesh Bhatt organisation," says father Mukesh Bhatt. "But eventually, Vishesh and Sakshi will take the company forward. They are the next generation and the process has already started." 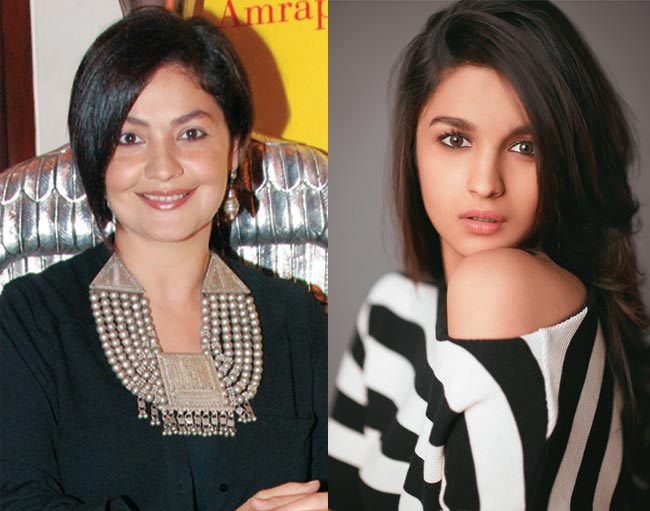 Two of Mahesh Bhatt's daughters, Pooja and Alia, have also followed their father into the film business. After a decade-long run as a Bollywood actor in the 1990s, tasting critical acclaim with films like Daddy, and commercial success with the likes of Dil Hai Ke Maanta Nahin, both directed by her father, Pooja, 42, set up her own production house FishEye Network in 2002, jointly with actor-model Dino Morea.

Alia Bhatt, just 20, has not given a thought to production or direction yet, but is already a rising Bollywood star. Her first film, Karan Johar's Student of the Year, which she did when she was 17, drew her considerable attention. Johar has taken her in his next movie, too: an adaptation of prolific author Chetan Bhagat's Two States. She also stars in Highway, directed by Imtiaz Ali. She says she does not find the Bhatt tag a burden. "The only burden will be if the audience does not accept me," she adds. How did it all begin? Mahesh Bhatt first drew attention with a string of movies that were called sensitive - among them Arth, Saransh, Naam and Zakhm. The last, released in 1998, had a paradoxical impact. Based on the director's own life, it was critically acclaimed and brought lead actor Ajay Devgn a national award, but Mahesh lost all his money on it. It marked the end of Mahesh's tryst with meaningful cinema. The following year, brother Mukesh made Sangharsh with Akshay Kumar and Preity Zinta. It did not do well either. That turned the brothers away from big stars, too.

Their next, Kasoor, came after a lull of two years. The dark thriller made with newcomers on a shoe-string budget of Rs 2.5 crore, made a profit of Rs 50 lakh. It was a sign of things to come. Keeping their budget consistently in the Rs 4-10 crore bracket, the Bhatt brothers produced a string of hits - Raaz in 2002, which made Rs 30 crore, Murder in 2004, which raked in Rs 48 crore, Gangster in 2005 which gave them Rs 30 crore and Jannat in 2006, which again earned Rs 39 crore.

The figures may not boggle the mind at a time when films earning anything less than Rs 100 crore are considered lukewarm successes. But look at the production cost of some of these mega-hits - Chennai Express cost Rs 70 crore (it grossed Rs 314 crore globally), Ek Tha Tiger's budget was Rs 80 crore (it earned Rs 310 crore) - and the uniqueness of the Bhatts' achievement becomes clear.

Many in the industry refer to the Mukesh Bhatt as Bollywood's Roger Corman. Corman was one of the most successful makers of B-grade movies in Hollywood, who also launched actors like Peter Fonda and gave directors such as Ron Howard and Martin Scorsese their breaks. Mukesh endorses the label. "Corman is my mentor," he says. "His economic formula and mine are the same."

So what was the secret sauce that made these low budget endeavours, hits? Hit music, a tight script and some skin show have been the running threads. "It is a very potent genre and has been globally proven," says Mukesh. The Bhatts also started the practice of repeating film titles - Murder 2 and Murder 3, Jannat 2, Raaz 2 and Raaz 3. But there was a departure here from conventional film practice - these were not sequels but entirely different films, with the titles serving only to indicate the sub-genre - all the Murder films were about crime and sex, the Raaz ones involved the supernatural, the Jannats were both thrillers.

And they were all successful. Murder 3, released last year, gave a 280 per cent return on investment, Jannat 2, in 2012, earned three times its cost. But there was the price to be paid - families stayed away. And persistently low-budget offerings meant they would never be considered in the top league. This is what Vishesh and Sakshi want to change. One early, little remembered film Mahesh Bhatt directed was titled Naya Daur (A New Age, 1978). A personal naya daur began for Mukesh and Mahesh Bhatt in 2001, with the release of Kasoor. Now yet another naya daur awaits the next generation of Vishesh, Sakshi, Pooja and Alia Bhatt.