In 2007, US-based Mylan Inc, a $7-billion generic drug maker, bought Matrix Laboratories, Hyderabad, for $736 million. In the seven years since, it has invested around $3 billion on acquisitions in India. It now regards India not just as a global sourcing hub, but also as a market. More than half its global employees are in India, as are 14 of its total 38 plants worldwide approved by the US Food and Drug Administration (FDA).

At a global level, Mylan is trying to carve out a niche in the lucrative injectables market. It is here that its most recent acquisition in India, Agila Specialties, for $1.6 billion last year makes a difference. Injectables are more complex products than other generics, so there are fewer players and price erosion in the segment is lower. Also, a company that has tight control over quality has the added advantage of being a supplier in a market prone to shortages, because injectables are typically subject to particularly intense scrutiny by regulators such as the FDA. In 2012, Mylan was the third largest generics maker by revenue, according to an October 2013 report by FiercePharma, a firm that ranks global drug companies. Interestingly, Mylan does not figure in the 2013 list, but many in the industry refer to it as being among the top five. Even so, it is much bigger than its Indian counterparts. By comparison, Dr Reddy's Labs closed the 2012/13 financial year with $2.23 billion, and Sun Pharma just crossed $2 billion.

Mylan is no different from other leading global generic drug companies, including Teva and Sandoz, in terms of sourcing from emerging markets, including India. For instance, US- and Irelandbased Actavis Inc (formerly known as Watson Pharmaceuticals) has also been keen on India. In 2005, it bought a manufacturing plant from Dr Reddy's in Goa for an undisclosed amount.

However, Mylan has been by far the most aggressive in terms of acquisitions in India, having invested around $3 billion for this - perhaps more than any other global generics company in India. While Mylan's acquisitions in India have all been geared to meet its needs for global markets, the company is now looking at India as a consumer too. Rajiv Malik, the US-based President of Mylan Inc, says: "For the India market, every year we are adding two new verticals, starting with HIV in 2012, followed by women's health care and oncology, and, going forward, respiratory and gastrointestinal segments." On March 11, the company announced the launch of a critical care vertical, focusing on antifungal, antibiotic and anti-coagulant therapies. This, Mylan says, is the leading therapeutic category in India, with annual sales of $2.6 billion. Clearly, India is high on Mylan's agenda.

The company has been in the news recently for its India launch of a biosimilar of trastuzumab, the key ingredient in Herceptin, a drug for a type of breast cancer. Roche, the innovator of Herceptin, moved the Delhi High Court and got an injunction on Mylan and its Indian partner, Biocon Ltd. As a result, the two Indian companies are constrained from comparing their products with Herceptin. Mylan's product, branded Hertraz, has already been launched, and is the first trastuzumab biosimilar in India.

The injunction is unlikely to have a major financial impact on the company, which says Hertraz is just one of its 75 products sold here. Ranjit Kapadia, Senior Vice President, Centrum Broking, says: "The injunction per se may not have a huge impact on Mylan, but it could slow down its plans for the launch of biosimilars in India."

Biocon's Chairman and Managing Director Kiran Mazumdar-Shaw strikes a more optimistic note when she says there is a huge potential market for this cancer drug - possibly as high as Rs 1,000 crore, although it is currently estimated at Rs 120 crore. Only five per cent of the 36,000 breast cancer cases every year that need this medication have access to it. 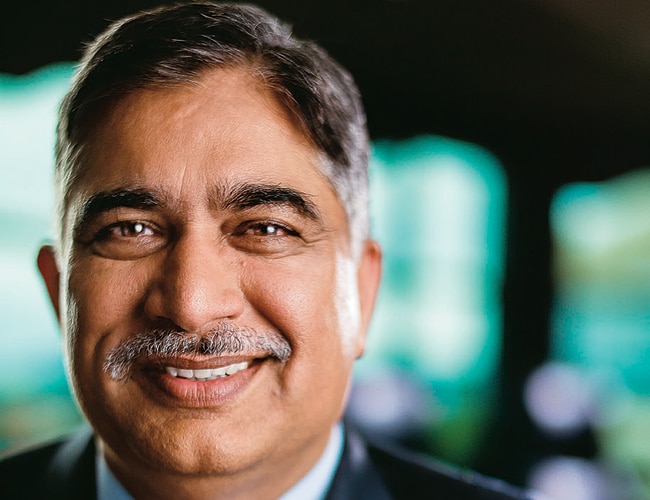 For the India market, every year we have been adding two new verticals, starting with HIV in 2012: Rajiv Malik, President, Mylan Inc
Rakesh Bamzai, Mylan Inc's India-based President for India Commercial and Emerging Markets, says: "Building up a market takes time.... what we are doing is making strategic plans on how to increase the reach that we currently have, and what we need to do to reach seven billion people across the globe.... with a high quality, differentiated product portfolio."

Bamzai came to Mylan from Biocon, where he played a key role, as president of marketing, in building Biocon's global biopharmaceutical business. He had overall responsibility for active pharmaceutical ingredients (APIs) and branded formulations, and managed a team of more than 2,000 across functional areas and geographic regions. He also led Biocon's foray into branded formulations and built some successful brands for various therapies in India and some West Asian countries.

His colleague Malik, who reports directly to Mylan Inc CEO Heather Bresch, says the company in India has come a long way since the acquisition of Matrix Labs. "We were about 1,700 to 2,000 people then, and it was purely an API company." The net consolidated sales of Mylan Laboratories (Mylan's subsidiary in India, formerly Matrix Laboratories) rose from Rs 1,728 crore in 2007/08 to Rs 5,617 crore in March 2013.

Malik says the company employs 12,000 people in India, and does much more than manufacture APIs. "We have finished dosage capabilities, about 1,200 scientists, and some 14 FDAapproved facilities in India." The company does not share the country-wise breakup of its global revenue, and Malik says that India's contribution is small. But, he adds, "India is one of our fastestgrowing markets". This was why Mylan decided to sell commercial products in India in 2012, starting with HIV drugs. Through acquisitions over the years, it has built enough girth for growth.

Hemant Bakhru, analyst at CLSA, says Mylan's acquisitions in India have so far been mainly for sourcing for markets abroad. Its manufacturing units here, he says, will augment its cost advantage and help make the country an important sourcing base. With regard to the Indian market, he adds: "Unlike others, such as Abbott, which acquired Piramal's domestic formulations business and expanded its presence in India, Mylan is trying to make inroads through the launch of differentiated products." This includes biosimilars for the treatment of cancer, HIV drugs, and women's health care. He says this is a slower process, but more profitable over time.

Mylan's Malik says: "As far as sourcing from India is concerned, an immediate challenge is to assimilate the assets we have acquired into our network." He says no other company has the kind of network that Mylan has built in India, and adds: "We have ambitious growth plans even though we have not set any targets on how much to expect from India. We definitely see India as one of our key markets and we will continue to nurture that."

Mazumdar-Shaw of Biocon says: "Mylan has been upbeat about India for a long time, and they have obviously believed that India is a very important market and manufacturing base." Given Mylan's global aspirations and its view that emerging markets are going to be extremely important, she adds, having a strong India anchor is strategically important for it. 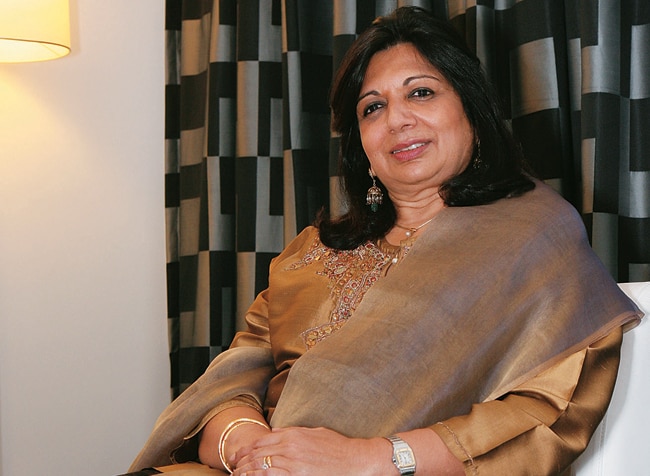 For the India market, every year we have been adding two new verticals, starting with HIV in 2012: Rajiv Malik, President, Mylan Inc Photo: Deepak G . Pawar
Indeed, the appointment of Bamzai, an Indian, to his current designation on January 2 this year is an indication. He is expected to play an important role at Mylan. "He is responsible for bringing back the focus on emerging markets," says Malik. "Mylan has played into the emerging markets space through its anti-retroviral products for people living with HIV/AIDS... be it in Africa, Asia or Latin America." However, he adds, it has not leveraged the rest of its portfolio in these markets. He adds: "Rakesh, out of India, is going to focus on continuing to build on our HIV business, ramp it up, oversee the growth of the India market, and also create a portfolio for emerging markets."

Malik says the company has been working to strengthen its foothold in emerging markets. He adds that the Agila acquisition in India gives Mylan a foothold in Brazil, and that the company is now looking to expand into central and eastern Europe.

Speaking with Business Today on the phone from the US, Malik underscores the importance of India in Mylan's global expansion. "Look at the BRICS nations," he says. "We are already in India, Brazil, and also South Africa." Mylan has operations and sales in these markets, he says. He adds that the company has plans for Russia, and Executive Chairman Robert J. Coury has indicated clearly that China is on its horizon. "At the moment, we have HIV products that go through a distribution channel into some of these markets," he says.

"With Rakesh joining and building a team, this channel will be leveraged for rest of the portfolio." So how does India fit into all this? Malik says the country will play a significant role from a sourcing perspective. "In India, we have a strong product portfolio and a product supply base for emerging markets. We have created huge capacity... and in addition, we have partners in India who can also be important for us from a sourcing perspective."

He says India offers strengths in both acute and chronic therapeutic segments, and the needs of emerging markets are similar to those of the Indian market. "Consider the HIV business - 40 per cent of the people in these markets have access to Mylan's HIV products. All these products are sourced from India, and we could now use this platform to bring more products, such as antiinfectives, into these markets." He adds that while India will play an important role, Mylan Inc will leverage its sourcing strengths in different geographies to address its markets' needs. For instance, it could look to its Ireland operations to source respiratory products.

The acquisition of Agila has given Mylan the capability to develop and commercialise a broad range of injectables. It now has injectable manufacturing facilities in Brazil and Poland. It would aim to provide generic injectable products to Brazilian hospitals, and harbours hopes of accessing the growing $30-billion Brazilian pharmaceutical market.

Even so, Malik says, the US and Europe will continue to be crucial markets for Mylan, besides markets such as Australia, New Zealand, and Japan. In Japan, it has tied up with Pfizer, which is responsible for the commercialisation of the combined generics portfolio, while Mylan takes care of operations, research and development, and manufacturing.

Malik says North America accounts for around 50 per cent of Mylan's revenues, and the remainder is roughly equally divided between Europe and the rest of the world. Some may say that Mylan was slow to wake up to the Indian market, as it did so only in 2012 - five years after its entry into the country.

Biocon's Mazumdar-Shaw says: "It is never too late, because India is a growing market. Yes, if you are the hundredth player in a crowded market, it is not the best place to be in, but Mylan has taken a differentiatedproduct entry route. Then you can do very well."