Birds of a feather flock together...even in the virtual world. The number of niche social media networking platforms being launched is testimony to that. According to analytics firm Tracxn, there are over 252 social media start-ups in India, many of them dedicated to areas of fashion, food, real estate, pets, sports and professions. Of these, around 133 are more than two years old.

Built on structures quite similar to established networking sites such as Facebook, Twitter and LinkedIn, these platforms cater to a very specific group, providing an ideal platform for brands to reach select audiences. Tripoto is one such niche social networking site dedicated to travel and has tie-ups with companies such as V Resorts, Wildcraft, Booking.com, Expedia and Airbnb. Its partnership with V Resorts, for instance, mostly involves content marketing, wherein Tripoto publishes sponsored posts or stories for V Resorts and promotes them on its platform.

"We have an IT team here that keeps track of people reading our articles on Tripoto. We have already had more than 1,000 potential customers coming to our website through these; some of them have booked our resorts, too," says Prateek Dham, the digital marketing head.

The targeted approach of marketing on these sites has takers among established brands and start-ups. American fashion brand Forever 21 is prominent on fashion social networks Roposo and Wooplr. "When you spend money on marketing, you know that your success rate is very low; but here, it is more targeted and economical," says Manav Chopra, Head, Marketing, Forever 21.

Ekank Goyal, who heads affiliate marketing at Jabong, avers. "Facebook is not as engaging for us as sites like Roposo are. Out of the one lakh clicks we get on Facebook, only 2-3 per cent get conversions, whereas lesser number of clicks on a niche site brings in more conversion." Brands can find the perfect fit from among niche networking sites such as IREF for real estate, MusicFellas for Indie music, Docplexus for doctors, Kulzy for marketing professionals and one for dog lovers called Woofyz.

Sustainability is crucial - too many sites are vying for the same eyeballs and not all are able to gather steam. F9pix, for instance, a social network for photographers, had to be shut down after three years, because it failed to create a sustainable platform for photography. There are some sites, says Hareesh Tibrewala, Joint CEO of Mirum India, that are need-based - created to address a specific need of consumers - and are around for a short time only. The real task for niche sites is to continuously engage with audiences. "The only thing these sites offer to clients is engagement; the lack of it means they don't have any proposition to offer to clients," says Nimesh Shah, founder of Windchimes Communications.

Besides, existing social media platforms often steal their thunder. Given the limited time a user has for social networking, he would prefer to spend it on a site where his friends are present. Facebook Groups, too, pose a challenge. For marketers, to be able to cash in on the wide user base of Facebook, Twitter and LinkedIn is a tempting proposition, even if it comes at a huge cost. Hence, the big sites claim a major share of marketers' advertising budgets. "5 per cent of Facebook audience is bigger than 90 per cent of a niche social media site," says Rohit Raj, Founder, The Glitch. Facebook and Twitter, he believes, generate aspiration for products.

Analysts are hopeful that both mass and niche networking sites can coexist. Content, technology and a thriving community will be vital for the latter's survival. 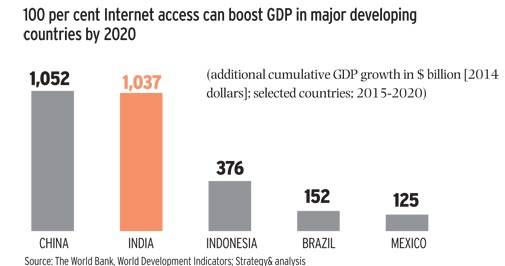 Snapchat has redesigned its stories page to enhance Discover channels, which is a primary source of revenue for the image messaging app. The two rows of Discover and Live Stories on the stories page have been merged. Instead of round logos of Discover channels or publishers, now the section shows a preview of the content with a headline and the channel name in rectangular tiles. Users can now also directly subscribe to a channel by tapping and holding them for a while. After users have subscribed, the latest updates from the channel will show on the stories page along with the posts from their friends. With this redesign, Snapchat hopes to bring in more viewers for publishers on its platform.

Micro-blogging site Tumblr, just like social networking sites Facebook and Twitter, is now inaccessible in China. GreatFire.org, a non-profit organisation that monitors censorship by the Chinese government, was the first to track and tweet about the development. As per a tweet by GreatFire, access to Tumblr had been limited in China since May 25. Some pages on its platform were blocked due to their political content earlier, but now it has been blocked for good. Though the reason for blocking the site is not yet clear, the Chinese government is known to restrict access to online searches and social media platforms around the time of the anniversary of the Tiananmen Square massacre.
Tags: social media networks | advertising | Facebook | Twitter | LinkedIn | Forever 21 | The Glitch | content | technology

Govt's use of auctions has its limitations