Bringing Change at the Grassroots

Her Reliance Foundation has improved lives of 12 million people 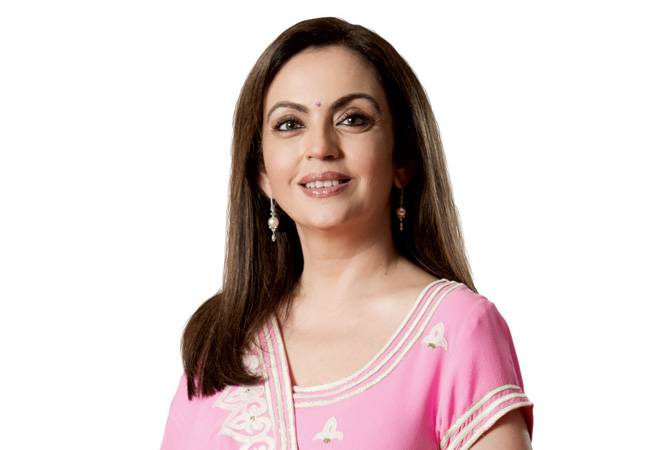 When floods struck seven districts of Gujarat in July this year, Nita Ambani rushed to the spot. Reliance Foundation, of which she is chairperson, has since then adopted four among the worst-hit villages in Banaskantha and Patan districts, pledging to rebuild them. In June, the foundation had taken up the task of improving health care services in Rajasthan, reducing maternal and neonatal mortality rates. Though the foundation was set up only seven years ago, Reliance Group has been engaged in corporate social responsibility (CSR)-related activities for many more. "I have been involved with these activities for over 25 years," says Ambani.

Reliance Foundation works in the areas of rural transformation, education, health care, sports for development, disaster response, the arts, heritage and culture, and urban renewal. "Mukesh (Ambani) and I believe that social development is vital to build an inclusive India," she says. "The foundation reviewed numerous social issues and causes before we narrowed down to these areas as we found them to be the most critical drivers that can impact national progress." The Bharat-India Jodo programme, for example, helps small and marginal farmers improve their farming practices. Nita Ambani is particularly concerned about empowering women. Among the foundation's initiatives is the Reliance Nutrition Garden programme, which supports poor rural women in growing nutritional vegetables in their backyards. "We have been encouraged by the impact it has had," she says.

The foundation, funded by the Reliance Group, spent Rs 617 crore in 2016/17 on various activities, lower than the spend in 2014/15. In all, it has so far made a difference to the lives of 12 million people. "Beyond the numbers, every life we have impacted has been a story of resilience, self-reliance and aspiration for a better tomorrow," says Ambani.